Stealing a moment with any U.S. Open hopeful while the matches are in full swing is a tough task, Such is made even more difficult when it’s Caroline Wozniacki, the 25-year-old Dane whose current ranking stands at a No.4-just 3 spots behind her tennis world BFF, Serena Williams.

“I put my bottle down on the court, and the plastic melted,” she said of her first round match on Monday at Flushing Meadows. “My feet burned. Everything was just too hot.” Yesterday afternoon, her single day off before taking on Petra Cetkovska later today, she arrived to the Lavazza suite looking much cooler, dressed to the nines in her Stella McCartney for Adidas gear. “We design the outfits a year in advance, then I pick which ones I like,” she revealed. “I have the same dress for most of the matches though.” She completed her off-court outfit with some appropriately New York-themed nail art.

“I’m a big coffee drinker. I have about three a day,” she said clutching a latte. “It kind of gets me going. Especially for early morning matches. I need that boost to feel like I’m awake and ready to perform.” She plans to reunite with Ms. Williams, who is likely to add another U.S. Open title to her slew of wins this season, with a round of karaoke. Though the two are direct competitors, they remain close off-court pals. “I’m sure we will do some karaoke when everything is done,” she said with a laugh. “Right now we are different halves of the draw, so it makes it a little difficult with the scheduling, but we will find a time.” 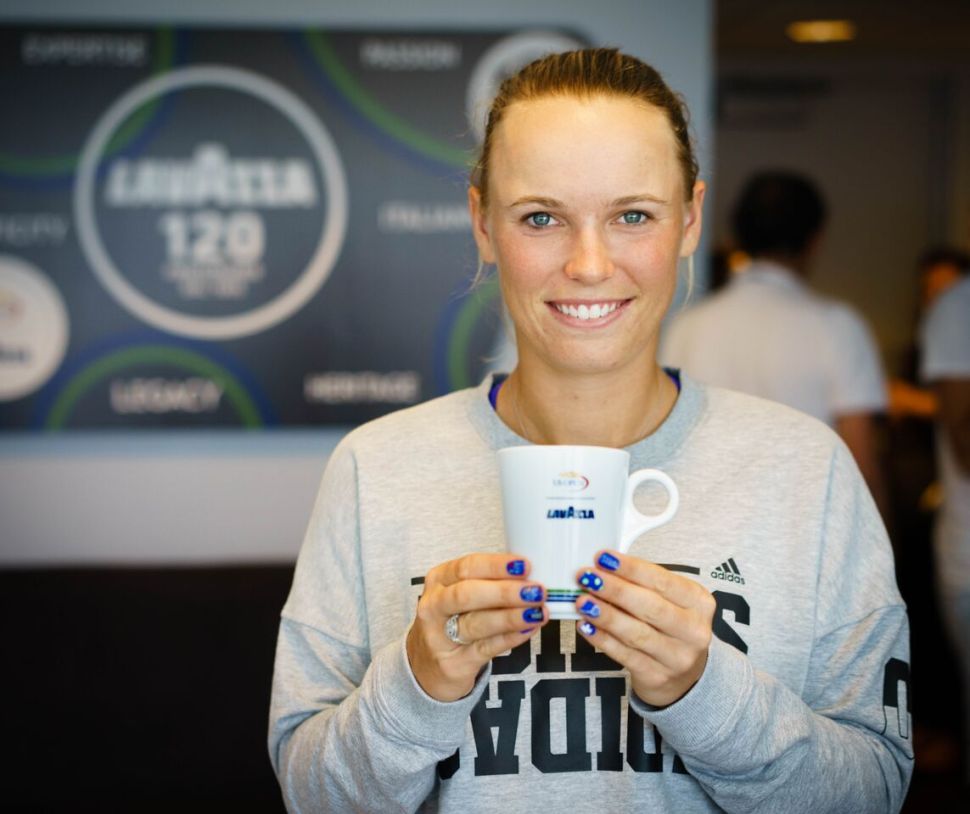