A group of representatives of the nail industry gathered in protest outside The New York Times building in midtown Manhattan this afternoon. With signs in hand, they rallied to bring attention to the effects the Times multi-part series “Unvarnished” has had on them since it was published in May. Mainly they were protesting the legislation put forward by Gov. Andrew Cuomo that would require salons to obtain wage bonds, a form of insurance meant to protect workers from wage theft.

When the Times published their year-long investigation into conditions at nail salons in May, the first article, “The Price of Nice Nails” went viral and shocked New Yorkers as it exposed the mistreatment of workers at many of the city’s manicure spots. In August, the state looked at 182 businesses and found 901 violations. So far, it was found that 43 percent of salons inspected in August have failed to meet the minimum wage over time, according to the Times.

The findings by the Times and the state investigations directly led to the wage bond legislation. On Friday, the Times reported that two groups of salon owners are suing Gov. Andrew M. Cuomo and the State of New York over the wage bond legislation. The protesters echoed this motion at this afternoon’s protest with shirts and signs that read “No Wage Bonds.” Protesting outside of the Times building isn’t likely to affect the legislation, but the protestors said they were there because they feel the newspaper is to blame for sparking it, according to one protester.

The protest lasted less than an hour, and when we arrived on the scene, the protesters had mostly dispersed. We did, however, catch one woman who told us about her reason for being there. The women, who wished to remain anonymous, said she has worked in nail salons in Manhattan for 13 years.

“We are the workers. We came out in support of the owners,” she told the Observer.

A tweet by Times reporter Sarah Nir said the protestors were salon owners. We could not confirm that any owners were present, and since the workers have been found to be mistreated, we were admittedly surprised to hear that workers were among the protesters.

“Since the article came out, a lot of workers without licenses have been fired and now they have no jobs,” she told us, adding that she has a license but has friends who are now unemployed as a result of the article.

The woman then translated for two fellow salon workers standing beside her, adding that their hours have been cut as well.

“We need to make a life and make money to support our families,” she said.

The Times article made serious accusations of mistreatment that left women wanting to boycott the cheap salons, but worried that doing so would leave the workers in even tighter spots financially. This protest again speaks to the fact that there is no easy fix to this problem, even when laws meant to help the workers are enacted. 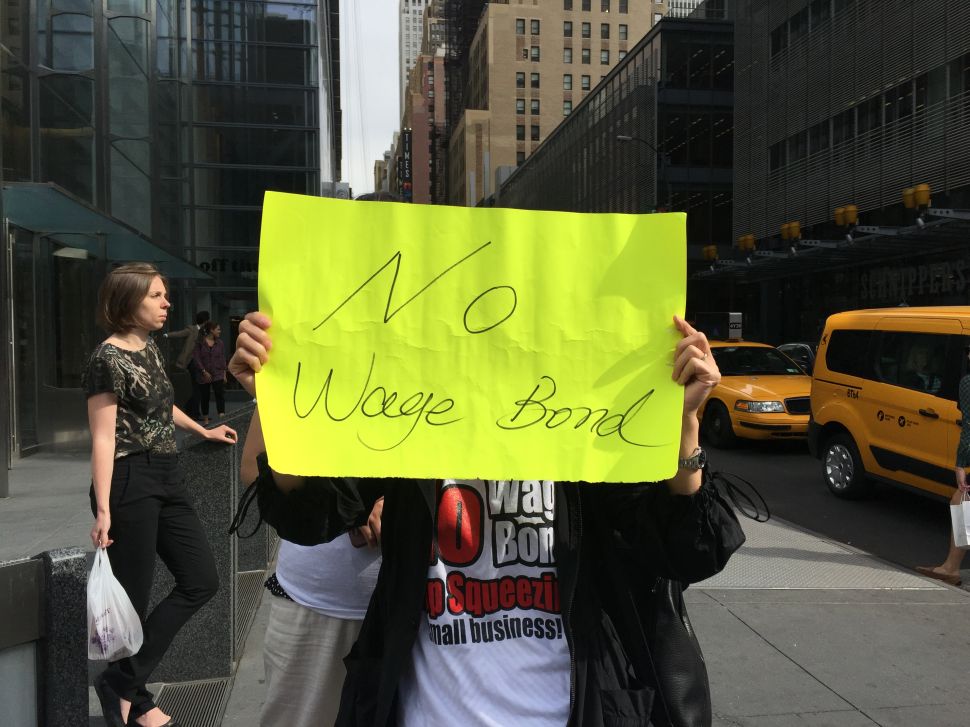