We’re now crossing the season’s halfway point, and the volume has been turned way up. Any Robin Hood-like goodwill surrounding Escobar is a thing of the past, as the cocaine kingpin makes one brutal decision after another. It’s clear his days are numbered, but that doesn’t mean there isn’t still plenty of time to blow shit up. Here are some bullet points from Episodes 5 – 7.

Escobar does not do well with exile

As the fifth episode begins, Escobar and his crew are in unofficial exile in Panama because of that absurd decision to murder a public official in Ep 4. However, everyone wants desperately to go home, so Escobar offers to pay off Colombia’s national debt in exchange for amnesty. Unsurprisingly, his offer is denied — because that is absolutely not how government works, my dude. Escobar now has two options: return to Colombia and fight, or remain in hiding forever. His wife isn’t happy in Panama and she points out that Pablo is too far from home to control his interests, so he decides he’ll return and wage all-out war.

This means ordering the death of Luis Galan, a popular and idealistic Presidential candidate who has promised to take down the narcos. Unwilling to heed the advice of the DEA, Galan refuses to wear protective gear and is shot by an Escobar goon. At Galan’s funeral, the candidate’s son passes his father’s legacy on to the rather meek campaign manager Cesar Gaviria, who has no choice but to run. He wins and immediately becomes Escobar’s number one target.

We’ve been watching Luis Guzman in the role of Jose Gacha, a confidante of Escobar’s, and his time on screen has been brief but memorable. Although I still don’t know why he had to kill that dog in Ep 2. That  handsome German shepherd who had done absolutely nothing wrong, goddammit.

Episode 6 thrusts Gacha into the spotlight as the DEA gets a tip on the location of this narco psychopath, who happens to be armed with enough automatic weapons to kill a whole kennel. (So please, Murphy and Pena, get there before he does that.)

They find Gacha hidden away at his jungle compound along with his petulant sexual predator of a son, Freddy. Murphy, Pena and Colonel Carrillo go after the Gacha boys with full force, and a bloody shootout leaves young Freddy dead. Gacha exits his truck and begins shooting at the helicopter the DEA agents are flying, shouting expletives in classic Guzman fashion. Colonel Carrillo leaves the choice of whether to shoot Gacha or take him alive in Murphy’s hands, and our blonde narrator picks the former. Presumably because it’s the cooler looking option.

Where cocaine goes, subtlety is always very far behind

“Narcos” is a show about cocaine, murder, and mustaches, so it’s not exactly like we can expect it to trade in nuance, but man is it unsubtle TV sometimes. The series reaches its peak on-the-nose storytelling in a scene where Escobar enlists a bright-eyed-and-bushy-tailed kid named Jamie to do a job for him. When the scene opens, Jamie is full of joy,  literally cradling his newborn daughter and telling her how much he loves her. Moments later, Escobar and co. enter the tiny apartment (which happens to feature a painting of Escobar as a saint, replete with a shining halo) and offer Jamie riches beyond his wildest dreams if he just does one simple task… hop on an airplane and record a conversation between a group of men.

But of course, the recorder isn’t a recorder at all, it’s a bomb. And the plane was meant to transport President Gaviria, who skipped the flight at the last moment because Murphy had a feeling something bad was about to go down. Our adorably wide-eyed Jamie, so psyched to be on his very first airplane, takes out his recorder and turns it on. And boom, with a flash of light, 107 innocent people are murdered.

This means that once again, Escobar has to run. He says goodbye to his family: his mother, wife Tata, pre-teen son and little daughter. His son asks Pablo if the reason he’s running is because he did something wrong and Escobar is unequivocal in his answer. “Your dad did nothing wrong,” he says.

Really, Pablo? That’s the message you’re going with? NO ambiguity at all? The way I see it, this is a perfect  time for a life lesson. Perhaps one along the lines of, hey, son, turns out blowing up an airplane full of civilians isn’t looked upon super favorably, even when the plus side of your endeavors is that you’ve been making parties in Miami less boring for a decade.

After the Avianca jet bombing (I find it impossible to avoid saying the name of the Colombian airline as if I were the TJ Miller character on “Silicon Valley), Escobar’s approval rating is at an all-time low. So what does he do? He resorts to even more brutal tactics to scare the Colombian people. He initiates random bombings of public places. He beings kidnapping the children of the nation’s powerful families, and then starts murdering the hostages. And he actually orders his men to assassinate a baby — poor accidental plane bomber Jamie’s wife and daughter cannot be allowed to live. Fortunately, Murphy and Pena manage to thwart the infant slaying just in time, winning one small victory in this increasingly bloody war. 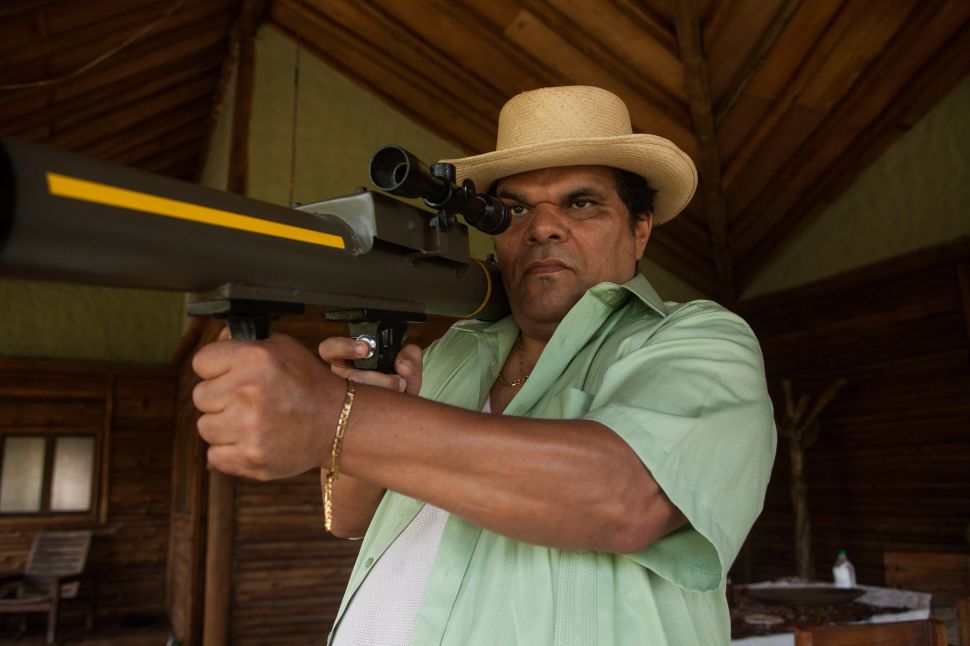