NBC has basically already released a full episode, in the form of its “Dark Matters” prequel. Shown in five YouTube videos, that total about 45 minutes together. It depicts one young woman as she learns about her powers and gets caught up in the movement for ‘Evo’ rights (‘Evo’ is the term for people with powers), and her big brother’s freakout after. It also depicts her big brother’s somewhat unrealistic relationship with his sister’s roommate.

For fans of the old show who haven’t seen this YouTube prequel, wading through the melodramatic acting is worth it thanks to a satisfying reveal in the last episode that will take you back to one aspect of the old show that everyone loved. My bet is you won’t see it coming, though it completely makes sense once you get there.

You’re going to see something coming, mind you, but not this.

On the other hand, if you’re new to the world of Heroes, you’ve also missed a good four seasons of television. NBC is reprising a show that hasn’t been on the air now since 2010.

Feeling rusty? No problem: NBC is giving away the preceding shows in order to help you catch up. The company has put out a free mobile app for iOS and Android that lets you watch all of them for free. It also gives you a way to get the rundown on just one character’s story. I tried it out with two characters: Zachary Quinto’s Sylar and Adrian Pasdar’s Nathan Petrelli. The user experience is a bit wonky, but it’s fun. I had forgotten about the time that Sylar cut open Claire Bennett’s head and dug around in her brain.

‘Dark Matters’ is also available in the app. The app would also very much appreciate you giving it access to your Facebook account. Please and thank you.

I loved Heroes. If you like superpowers without costumes, Heroes is a load of fun. If you’ve never watched it, here’s a few tips:

The Heroes YouTube page is loaded with other content, now, too, if you want to get ready for Thursday. Most the content seems to be geared toward moving you to ask this question: this kid’s face can’t possibly belong to a good guy, right? 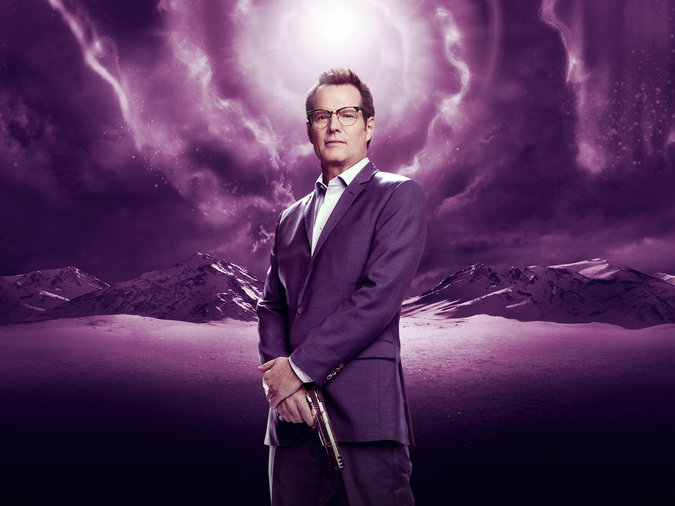