At the beginning of Dirty Weekend, NeiL Labute’s latest study in sexual depravity, two co-workers find themselves grounded in an Albuquerque airport for an indefinite period of time. Matthew Broderick as Les Moore, the nebbish-y, buttoned-down foil to Alice Eve’s cool, composed Natalie Hamilton, keeps looking at a folded-up note tucked into his wallet. The piece of paper has one cryptic word scrawled onto it: “Zorro.”

When the two co-workers decide to make their way into the city to solve the mystery of the note, they are driven around by a burnt-out cabbie who, entertainingly, won’t stop quoting Shakespeare. He’s just about to get into “Henry Vee,” he says, holding up a graphic novel adaptation. Such bits soften the bitter, guarded co-workers to one another—as do a few pre-noon martinis.

Natalie, it turns out, has her own secrets. Her girlfriend makes her wear a collar when she leaves the house, which is why she always has on turtlenecks. “I’m a sub, and she’s a dom,” is her explanation, to which Les replies: “No wonder you never show up at the Christmas parties.”

Ultimately, though, Dirty Weekend is a vague, languid affair. The two officemates are on their way to Dallas for a “presentation,” but what they do is never clear. As in Mr. Labute’s excellent first film, In the Company of Men (1997), the corporate world exists as a kind of indistinct simulacrum of the real thing, but here, disembodied from the context of the office, it carries little weight.

Mr. Labute’s cyclical script shoots Les and Natalie through a series of repetitive events that you might liken to Groundhog Day if it didn’t feel like each successive bit of action were unnecessarily elongating the length of this 93-minute movie. And Mr. Broderick’s whiney, ineffectual character—who wears a sweater and blazer despite that it appears to be summer in the Southwest—might remind you of his Jim McAllister in Alexander Payne’s great dark comedy Election (1999). But Dirty Weekend can’t seem to decide what kind of movie it wants to be.

The gender dynamics are dramatically more muted than they were in Mr. Labute’s previous film, Some Velvet Morning, featuring Ms. Eve alongside Stanley Tucci. Whereas that film had a shocking twist ending that made the onslaught of tiresome dialogue worth enduring, Dirty Weekend has no such redeeming pay-off. It takes too long to get where it wants to go, which is nowhere particularly surprising.

My esteemed colleague Rex Reed described Some Velvet Morning, which came out in 2013, as “too much like a filmed stage play with no intermission,” and Dirty Weekend has a similar feel. This, you think to yourself, is the kind of work Jean-Paul Sartre would have written had he lived in New Mexico. It’s No Exit on the Rio Grande. 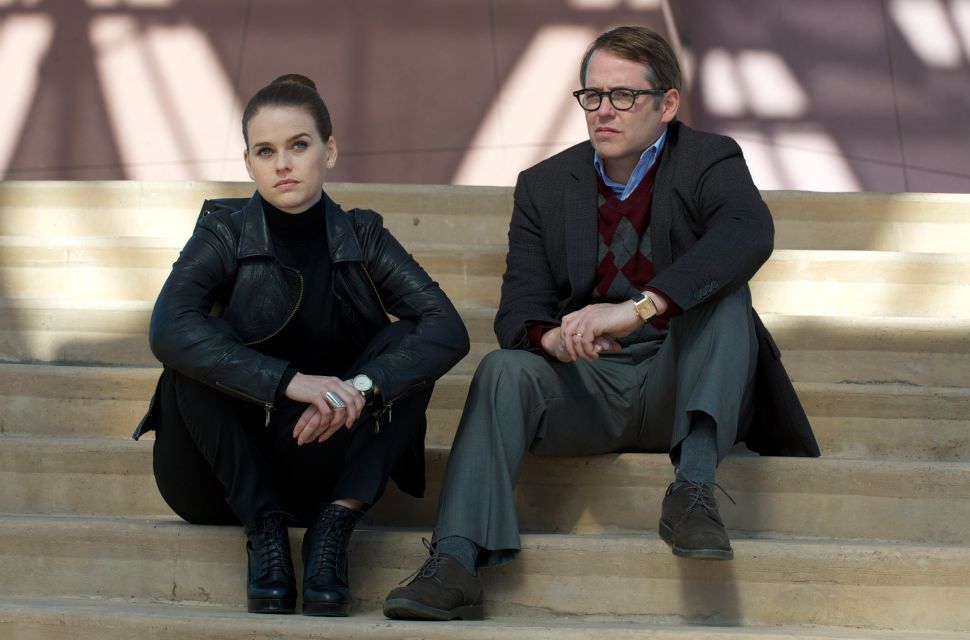