1. Carly Fiorina: The former Hewlett-Packard CEO may have been a failed candidate for Senate and a flawed corporate executive, but this was certainly the Week of Carly. She had a headline-grabbing performance in Wednesday’s endless (three hours is too many hours, Jake Tapper) presidential debate, managing to stand out on an absurdly large stage of 11 Republicans. She somehow managed to take air out of the Trump balloon and drew cheers from the internet when her zinger at The Donald (“women all over this country heard very clearly what Mr. Trump said”) connected. Her odds of actually winning the nomination are still incredibly long, but she is establishing herself as a second-tier candidate to watch.

2. The transit system: Haha, what? You mean, that underfunded behemoth with massive delays, 100-year-old infrastructure, and the air of imminent collapse? Well, yeah. On Sunday, New York City got its first new subway station in 26 years, the sparkling 34th Street-Hudson Yards extension of the No. 7 line. It opened several years late and officials managed to squabble about the Metropolitan Transportation Authority’s capital plan throughout the opening ceremony, but the station itself is state-of-the-art and the new 1.5. miles of track should spur development at Hudson Yards, one of Michael Bloomberg’s legacy projects. Also, Gov. Andrew Cuomo and Gov. Chris Christie seemed to finally understand how disastrous commuting between New Jersey and New York will become (who are we kidding, it’s disastrous already) if a new Hudson River rail tunnel isn’t eventually built. The two pols, who have been dragging their feet on this forever, agreed this week to find a way for the states to pay half of the projected costs of the tunnel, while the feds pony up the other half.

3. Coney Island Politics: Score one for the Wonder Wheel. After months of backroom jockeying, a Coney Island activist named Pam Harris won the Democratic nomination for an open Assembly seat in Brooklyn. The special election for the seat, which is almost evenly split between Bay Ridge and Coney Island, emerged as a proxy war between the two neighborhoods’ political establishments. Thanks to the help of Coney Island Councilman Mark Treyger and several other pols, Ms. Harris won the backing of enough county committee members to get the nod and become a favorite to beat a Republican in November. If Ms. Harris wins, she will be the only black elected official representing a majority white district in the five boroughs.

1. Scott Walker: The second televised debate of the GOP primary walked right on by Mr. Walker, once a rising star in the Republican Party. The Wisconsin governor was looked upon as the candidate who could unite the tea party and establishment wings of the GOP after winning three elections in four years in Democratic Wisconsin. Instead, as his poll numbers plummet, Republicans are starting to wonder if he’s another Tim Pawlenty. One brutal metric showed how far Mr. Walker has fallen: in the Wednesday night debate, he spoke less than any other candidate on the 11-person stage. Less than Mike Huckabee.

2.  MacArthur High School: An alarmed teacher at this Texas school called the police after a freshman whiz kid named Ahmed Mohamed brought a clock–yes, a clock–to school. Mohamed, known as a precocious inventor, built the clock himself. Instead, the school and police mistook it for a bomb, and he was arrested and suspended. The incident set off a debate over Islamaphobia in America and triggered plenty of outrage at Texas authorities. For Mohamed, the story ended well, though he will be transferring to another school. President Barack Obama invited him to the White House.

3. Anthony Weiner: He lost his gig at his hot shot PR firm, but now he’s back to tweeting regularly. He doesn’t seem too down.

Pundits continue to wonder when, how, or if the Donald Trump bubble bursts.

Uber proposes innovative ways for getting around Manhattan–like taking the subway. 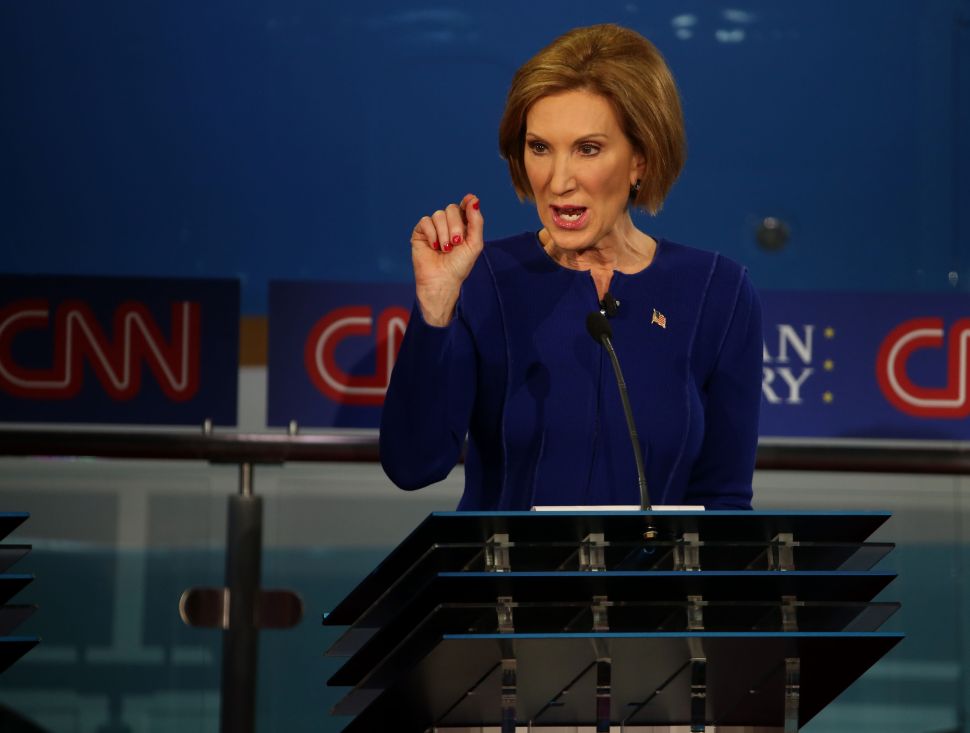