TRENTON – New Jersey Chamber of Commerce President and CEO Tom Bracken held a press conference in the State House Wednesday in advance of the 2015 New Jersey Business Summit, which will bring together New Jersey business leaders and legislators in a conference to determine the best steps for improving the state’s economy and job outlook. Governor Christie and Chamber liaison Lieutenant Governor Kim Guadagno will not be attending.

“Unfortunately, with her duties as Secretary of State, she’s got a conflict that she cannot get out of that day, but she’s very supportive of this,” said Bracken of Guadagno.

Guadagno had been scheduled to kick off the Summit.

“RIght now, her schedule is very flexible because she’s got to fill in for the governor when he’s not here,” said Bracken.

Asked whether Christie’s absence due to his campaign travels would affect the outcome of the Summit, Bracken declined to comment.

Though Bracken stressed that continued coordination between the business community, the state legislature and Governor Christie’s office would be essential for acting on the recommendations that come out of the summit.

The Business Summit will focus on New Jersey’s tax structure, state regulations and mandates, transportation and infrastructure issues, and the steps top legislators deem necessary for maintaining and growing its workforce.

Bracken also said that the Summit will continue the work of his and Christie and Guadagno’s own Red Tape Commission, which aims to thin the ranks of government regulations on the private sector.

The event will take place over two days, September 17-18. The first day will feature four panels of business leaders, while the second will feature the legislative leaders in a panel moderated by Eric Scott of 101.5 FM. 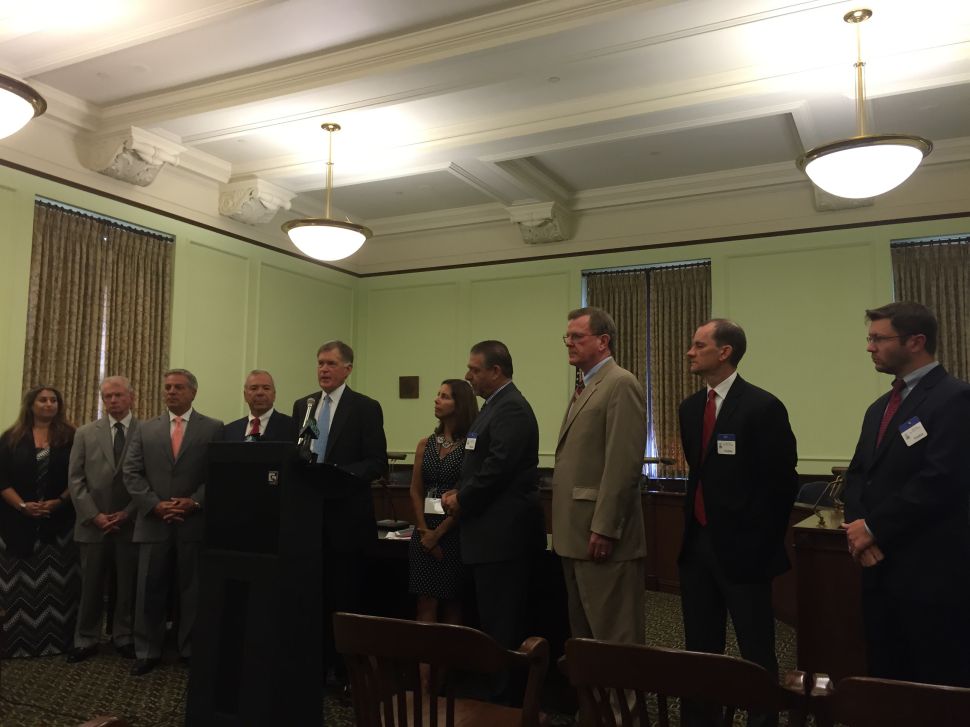