At the moment both the Democratic and Republican primaries are being fiercely contested by candidates for whom a general election victory either defies the imagination of many—Carly Fiorina, Donald Trump, Ben Carson, Mike Huckabee, and to a lesser extent Bernie Sanders, or by establishment candidates who have proven themselves less able politicians with every passing day or week such as Jeb Bush and Hillary Clinton.

While in 2012 a somewhat similar dynamic existed on the Republican side as both Herman Cain and Michele Bachmann led for periods of a few weeks in that primary, Mitt Romney was always the real frontrunner and though not an ideal candidate, at leas seemed electable. Nonetheless it is unusual for candidates who are seen as unelectable to be doing so well this close to the Iowa Caucus. The Republican primary polls are particularly notable because many show the top three to be candidates about whom the party leadership has what could charitably be called concerns about electability.

These concerns about electability, however, are belied by polls that show Democratic frontrunner Hillary Clinton either losing or being within the margin of error against Mr. Carson, Ms. Fiorina or Mr.Trump in hypothetical general elections. Even three months ago, it would seem axiomatic that Ms. Clinton would decisively beat any of these candidates, carrying at least 35 states. This data, even at this point in the election process, indicates that the unelectable argument may not be as potent as supporters of, for example Jeb Bush or Marco Rubio, might think when deployed against the Republican outsider triumvirate.

This polling data also underscores broader concerns about Hillary Clinton’s candidacy. Although she still has a comfortable lead in most national polls, and has a stronger organization and more money than any primary opponent, real or imaginary, her path to the nomination will not be quite as easy as her supporters expected a year ago. That is politics; and if Ms. Clinton with all her resources and advantages cannot beat Bernie Sanders for the nomination, that would ultimately be a reflection of her poor political skills.

It is a general election, however, where concerns about Ms. Clinton’s candidacy should be seen more acutely. Nobody should have expected Ms. Clinton to coast to victory in a general election against Mr. Bush, Mr. Rubio, or back when he looked like a formidable candidate, Scott Walker. Nonetheless, many Democrats and supporters of Ms. Clinton certainly thought that if she got lucky and the Republicans nominated one of their less electable candidates like Ted Cruz, Rand Paul or Carly Fiorina, the Democratic nominee would win easily. Ms. Clinton’s lackluster campaign and failure to shake off the nagging scandals that follow her around, have changed that dynamic so that now any Republican is likely to pose a general election threat to her.

This is a tough realization for Democrats, even those who are not enamored with Ms. Clinton, but there is reason to think this is now part of the reality of this election season. One of the biggest reasons to think this is that the Clinton campaign has felt the need to respond to this growing sentiment with one of its biggest weapons, former President Bill Clinton. Bill Clinton was always going to be a part of this campaign, but the fact that the campaign used him this early, and to counter the damage done by the email issue, is telling.

The former President’s comments regarding his wife’s use of private email that, ““I have never seen so much expended on so little,” before blaming the media attention on Republican efforts to distract voters from the real issues. Mr. Clinton also added, in an apparent nod to the relentless attacks he faced from the right when he was President, “We’re seeing history repeat itself.”

These comments undoubtedly resonate with supporters of Ms. Clinton and help remind other Democrats that the Clintons have endured, and survived, Republican attacks and false accusations in the past, but Ms. Clinton’s campaign would not have deployed Bill tat this point in the campaign if they were not frightened.

Just as the presence of a deeply problematic Democratic nominee could help seemingly unelectable Republicans have a chance of winning in November, the same is true of the other side. Jeb Bush remains the leader of the more conventional Republican candidates, but his campaign looks a lot worse now than we he announced his candidacy. He has appeared low energy and uninspired and has not been able to take the lead in the polls, causing some of his supporters to grow concerned about their man’s future as well.

Two candidates who were expected by some to cruise to the nomination, Ms. Clinton and Mr. Bush, are stumbling, and both primaries have been major media stories for months. The chances of Joe Biden or anybody else entering the race and winning are quite small, so it is very likely the next President is already actively running Strikingly, good arguments can be made that no candidate is electable. However, if all candidates are unelectable then no candidate is unelectable because somebody has to win. 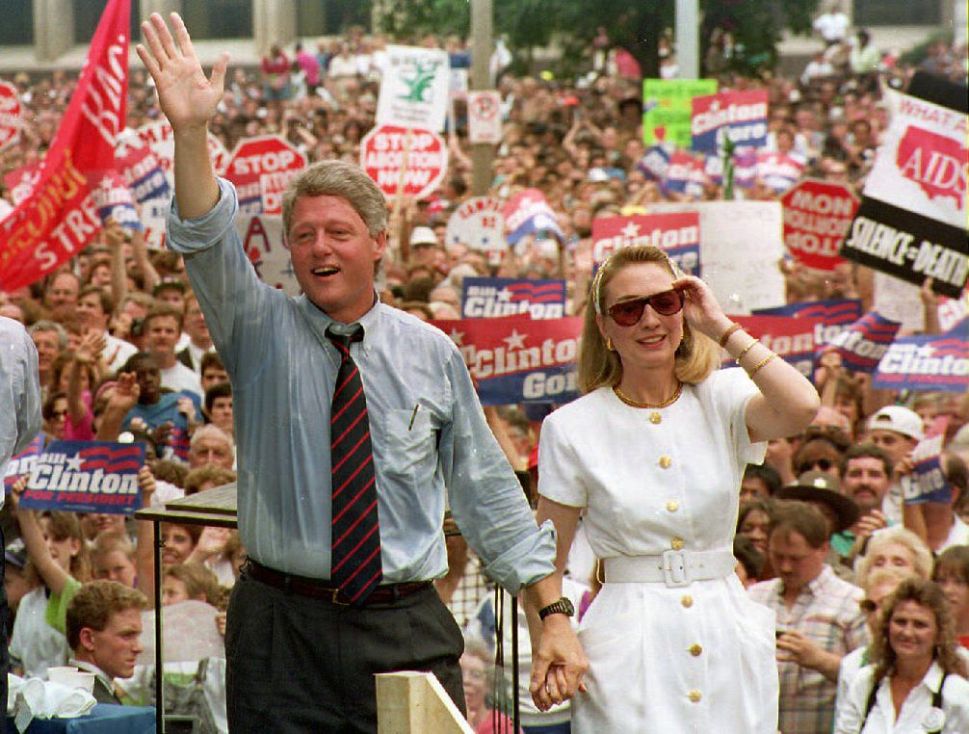