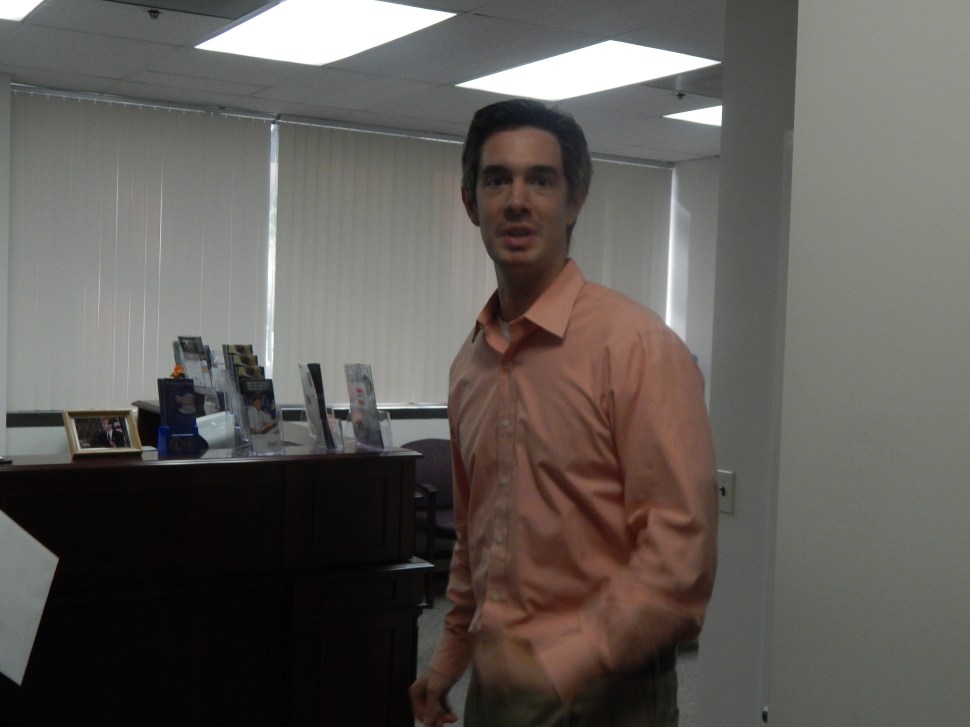 GLEN ROCK – An irritated staffer in the employ of U.S. Rep. Scott Garrett (R-5) appeared not to know who Passaic County Republican Chairman John Traier was and declined the invitation Traier attempted to deliver to his boss late Wednesday afternoon at Garrett’s district office.

A Republican candidate for the Assembly in LD34, Traier stopped by Garrett’s office today to try to get Garrett to come to Traier’s fundraiser scheduled for Tuesday, September 29th.

“No pictures,” snapped the staffer, pictured above, motioning at PolitickerNJ.

When Traier tried to pass the invitation to the staffer, the staffer said he district office doesn’t handle such materials.

“That’s for the campaign,” he said. 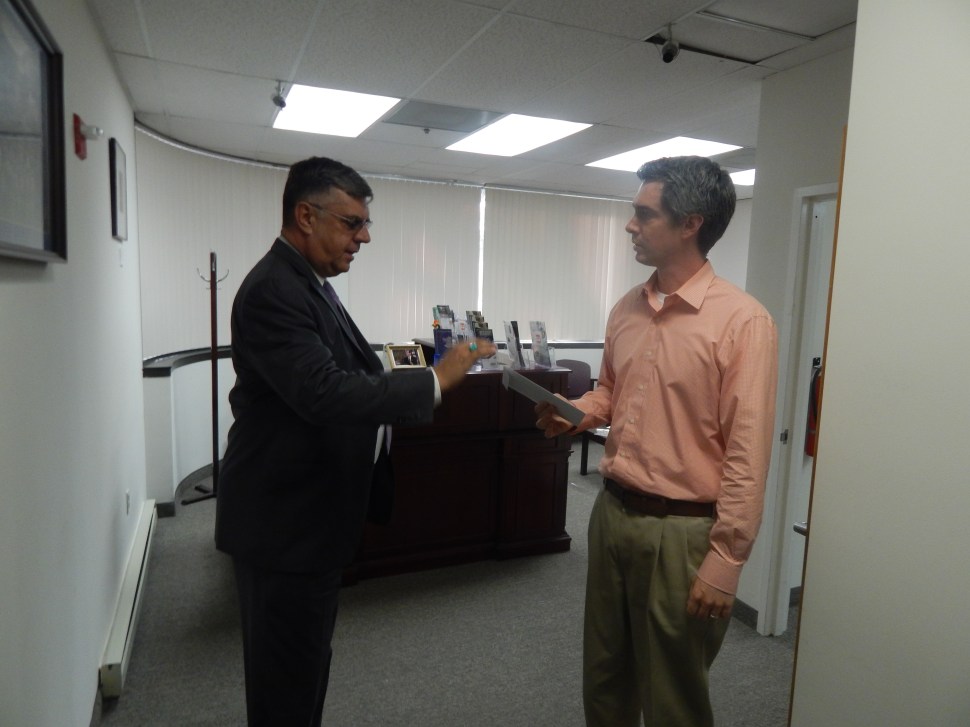 The GOP chairman explained that he was a longtime supporter of the Republican congressman’s and now, as a candidate himself, seeks Garrett’s support. Traier is gay. He and his partner married over the summer. Earlier this year, news reports quoted Garrett refusing to pay party dues because he didn’t want to give money to gay candidates.

Outside the office, Traier told PolitickerNJ that he intends to persist in his efforts to get an invitation to Garrett.

“We want to give Congressman Garrett a chance to come clean and to allow his actions to speak louder than his words,” said Steve Cook of Hamilton, founding member and on the board of directors of the Republican LGBT Caucus.

“We are hoping the Republican Party supports us,” said Traier. 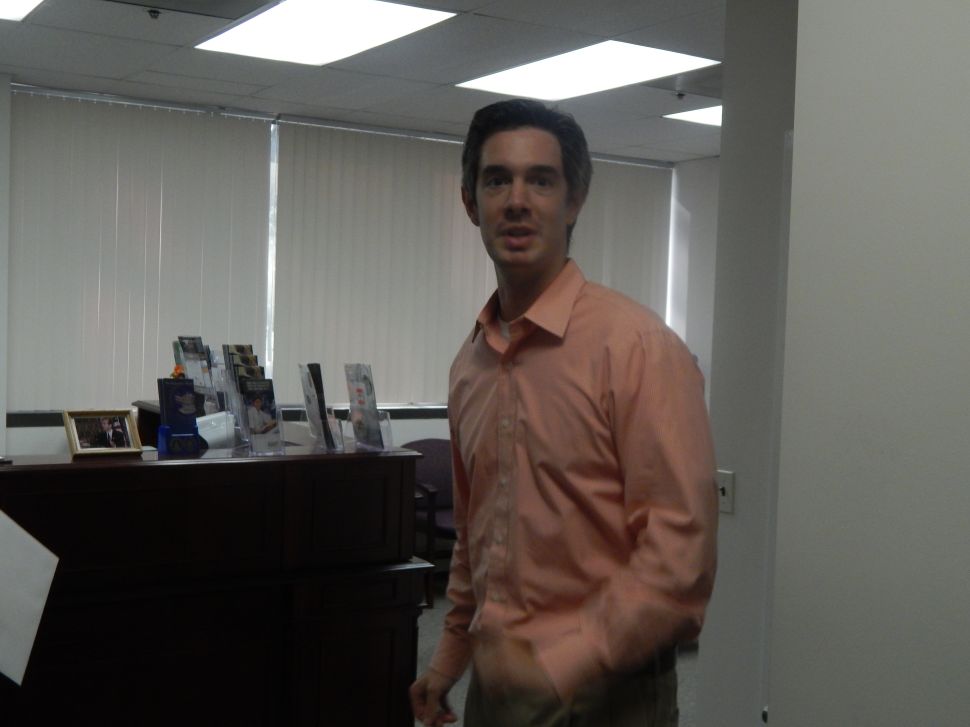