Staten Island Congressman Daniel Donovan—the only Republican representing any part of the five boroughs at the federal level—praised House Speaker John Boehner just hours after the GOP congressional leader announced he would resign his seat next month.

Mr. Donovan, who took office after a special election in May, expressed admiration for the Ohio Republican’s character and values . Mr. Boehner spent his five years as speaker battling an insurgent Tea Party wing, which viewed him as too cooperative with President Barack Obama.

“I had the privilege of serving with Speaker Boehner—a man of integrity and fortitude—for my first months in Congress. We can be proud of his service and unyielding drive to realize a better, more prosperous America,” Mr. Donovan said in a statement.

Mr. Boehner faced a tough fight to hold on to his position and to keep the government operating normally as more ideological Republicans refused to pass a spending bill that included funds for Planned Parenthood reproductive health centers.

Like most of his predecessors, Mr. Donovan is a centrist Republican more closely aligned with the party’s establishment wing than with the hard-line right. He seemed to suggest that the GOP conference should elect another speaker from its more moderate ranks.

“The job of leading such a diverse body requires purposeful vision and the strength to guide us toward a brighter future,” Mr. Donovan continued. “Like Speaker Boehner, the American people care most about solutions—delivering results should be our next speaker’s goal.” 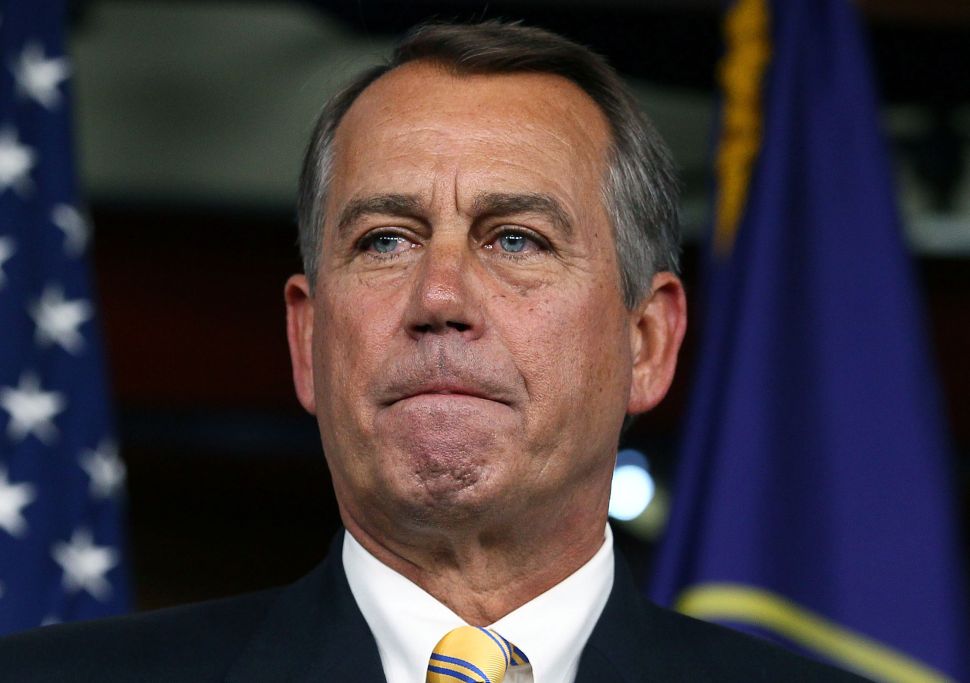