Want to arrive at the shows today well-informed on what’s to come? Of course! To make it easy, we’ve asked designers to fill us in on the inspiration behind their collections, which will be hitting the runway today. Check back each day of New York Fashion Week for a fresh update…

Jill Haber: “It began last summer with an invitation to a friend’s birthday dinner in the Marrakech home of Yves Saint Laurent and Pierre Berge. I was immediately overwhelmed by the exotic mysticism of the sanctuary that was YSL’s creative oasis.”

Daniel Silverstain: “The Spring Summer 2016 collection tells the story of the world’s future from the angle of the most successful world’s fair of the 20th century – Expo67. The impressive dimensions of modern decors, and innovative architecture that reshaped the city of Montreal, inspired the collection, which focused on the hub of cultures with futuristic essence.”

Rie Yamagata of Rhié: “The SS16 collection takes on a more artisanal approach to design combining luxury silhouettes with more raw, natural and textured fabrications such as a loosely woven mesh. Throughout the collection there are traces of South American crafted influence with hand macramé panels of red, white and blue adding visual texture, contrasted by crisp white shirting. Rie developed custom prints on fluid silks such as a bold red poppy print and a blown up pixelated weave pattern this season.”

Charles Youssef: “Geometry and architecture are consistent sources of inspiration for the brand since launching, and this still holds true for the Spring 2016 collection. This season, I was particularly inspired the work of Japanese architect Tadao Ando and geometric color paintings by Esther Stewart.”

Jeffrey Dodd: “The Spring 2016 collection – featuring jacquard, embroideries, basket weave, sueded cotton and hand-fray detailing in colors such as poppy, sedona, and sand – is inspired by the culture and artistry of the Kachina dolls of the Hopi Indians.”

Rebecca Taylor: “The Spring 2016 collection was inspired by London’s informal association of artists and intellectuals known as the Bloomsbury set. The members of Bloomsbury group called into question the traditions of their day and were among the best known examples of early bohemia fashion which reflected their lifestyle.”

Megan Balch and Jaime Barker of Flagpole Swim: “The Summer 2016 collection is an ode to simplicity, elegance and recollections of summers spent in West Palm Beach.” 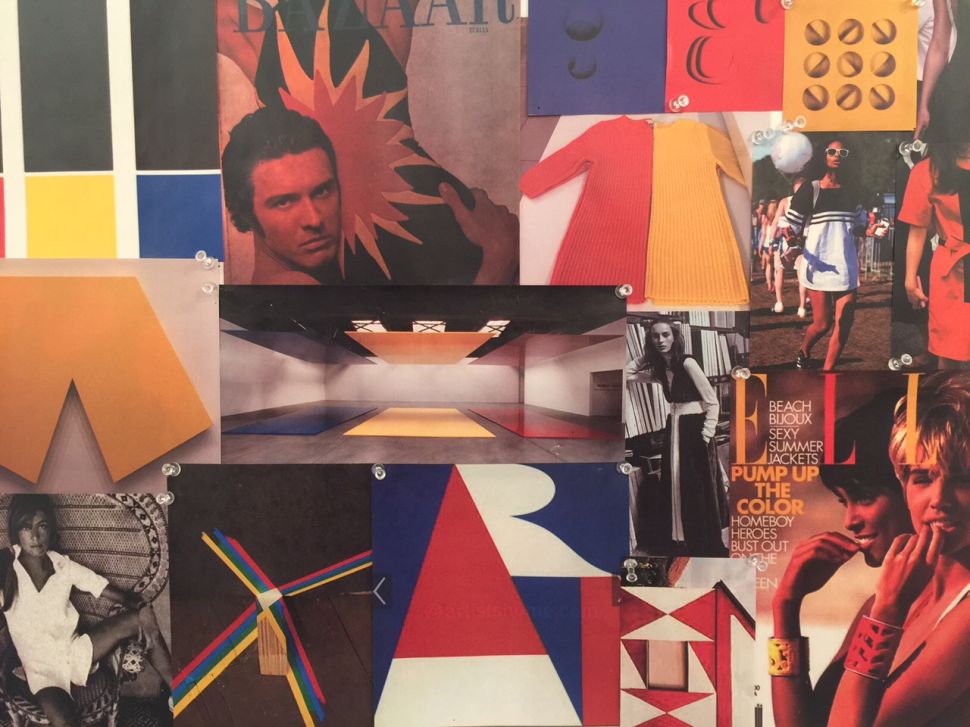