For the Obama administration, the news from the Middle East keeps going from bad to worse. Vladimir Putin’s power play, moving significant military forces into Syria to support his ailing client, Bashar al-Assad, caught the White House flat footed and unsure how to respond.

Although the administration gave the Kremlin de facto control over American policy in Syria some two years ago when it walked away from its own “red line,” granting Russia a veto on Western action there, President Obama and his national security staff nevertheless seem befuddled by this latest Russian move.

The forces Mr. Putin has just deployed to Syria are impressive, veteran special operators backed by a wing of fighters and ground attack jets that are expected to commence air strikes on Assad’s foes soon. They are backed by air defense units, which is puzzling since the Islamic State has no air force, indicating that the Kremlin’s true intent in Syria has little to do with the stated aim of fighting terrorism and is really about propping up Russia’s longtime client in Damascus.

The White House is left planning “deconfliction” with Moscow—which is diplomatic language for entreating Russians, who now dominate Syrian airspace, not to shoot down American drones, which provide the lion’s share of our intelligence on the Islamic State. The recent meeting on Syrian developments between Mr. Putin and Israeli Prime Minister Binyamin Netanyahu, who clearly finds dealing with the Russian strongman preferable to parleying with President Obama, indicates where power is flowing in today’s Middle East.

This is about much more than merely “cherry-picking” intelligence.

To make matters worse for the administration, new revelations regarding flawed intelligence assessments of the Islamic State, which I told you about last week, paint a troubling portrait of organized lying at the Pentagon. Some of the more than 50 analysts at Central Command in Tampa who blew the whistle on politicized intelligence reported feeling “bullied” to make their assessments of the U.S.-led war on the Islamic State appear more successful than the facts warranted. This is about much more than merely “cherry-picking” intelligence.

One named whistleblower has come forward about CENTCOM’s intelligence problems, explaining that he witnessed persistent, command-mandated low-balling of terrorist threats in Iraq since the killing of Osama Bin Laden. Rising terrorism in Iraq was “off message” for the White House, eager to pronounce jihadism there as dead as its leader.

David Shedd, who until recently was the acting director of the Defense Intelligence Agency, which supplies CENTCOM with many of its analysts, spoke for colleagues still serving with his caution that such rampant politicization of intelligence cannot be tolerated. In language sure to cause heartburn at the White House, Mr. Shedd stated, “the problem is not a stand-alone case but systemic.” In response, Congress has taken interest in the allegations and President Obama’s problems there are only now starting to take political shape.

An even greater blow to President Obama’s diffident war against the Islamic State, known to the Pentagon as Operation Inherent Resolve, came this week with the stunning news that John Allen, the White House’s “war czar,” is stepping down this fall. In that job for almost exactly a year, Mr. Allen, a retired Marine four-star general whose last uniformed position was commander of NATO forces in Afghanistan, enjoyed a bumpy tenure thanks to frequent meddling by West Wing staffers.

Mr. Allen, ostensibly charged with managing the war across agencies in tandem with allies, was unable to secure the military assets he believed were needed to defeat the Islamic State, for instance meeting strong White House resistance to his plans to put air controllers on the ground to guide airstrikes by Western forces. Although Mr. Allen has portrayed his resignation as a personal matter, due to his wife’s health problems, Pentagon insiders insist this an excuse to save face—mainly President Obama’s.

The main culprit is micromanagement by White House staffers, especially on the National Security Council, which is bloated and regularly treats senior military officers and diplomats like hired help. Obscenity-laced tirades by senior NSC staff are not uncommon. To make matters worse, significant differences between the NSC and the Pentagon on how to defeat the Islamic State went unresolved for months, leading to lethargy inside the Beltway while U.S. theater commanders were close to panicking about the enemy’s rise. Mr. Allen eventually had enough.

Now the White House needs to find a replacement who’s up to the job, which looks to be no easy task. “Good luck with that,” stated a senior Pentagon official, “I doubt they’ll find another four-star eager to be the dog who catches that car.” A senior NATO official explained that Mr. Allen’s departure “is really a serious blow. We had little confidence before in President Obama’s ability to defeat Daesh,” the Arabic term for the Islamic State. “Now we have none.”

As long as Mr. Putin calibrates his strategy to realistic expectations, he may avoid the overreach disasters that plagued the American wars in both Iraq and Afghanistan.

Mr. Allen is leaving an administration in disarray in the Middle East. President Obama’s promise to grow a “moderate” Syrian opposition force of thousands, able to serve as an alternative to Assad and the jihadists alike, is in tatters, with only a handful of fighters remaining. The resulting gap has been filled by the Russians, who have entered the Levantine fray with gusto and purpose.

Secretary of State John Kerry presented the deployment of Russian jet fighters to Syria as “basically force protection,” but Pentagon planners are less charitable in their assessments. “The only ‘force’ the Russians are protecting themselves from with Su-30s,” referring to the four modern fighters deployed to Syria, “is the U.S. Air Force,” one military officer said to me.

Some Pentagon staffers are taking comfort in hopes that the Russians will find themselves mired in a messy stalemate in Syria, whose civil war has raged for four bloody and indecisive years already. That may be optimistic, however, as Russian spies and soldiers have served in Syria for over a half-century and many of them are well acquainted with Syrian realities. As long as Mr. Putin calibrates his strategy to realistic expectations, he may avoid the overreach disasters that plagued the American wars in both Iraq and Afghanistan.

What happens next in Syria is the top guessing game among security experts the world over right now. Has Mr. Putin finally gone too far? Can anything be salvaged from that awful conflict that could serve Western interests while stopping the rise of the Islamic State—and perhaps even save innocent lives? What is the aim of Operation Inherent Resolve now that General Allen is leaving the stage? All that’s certain at this point is that President Obama’s flailing war against the Islamic State is looking for a strategy as well as a new czar. 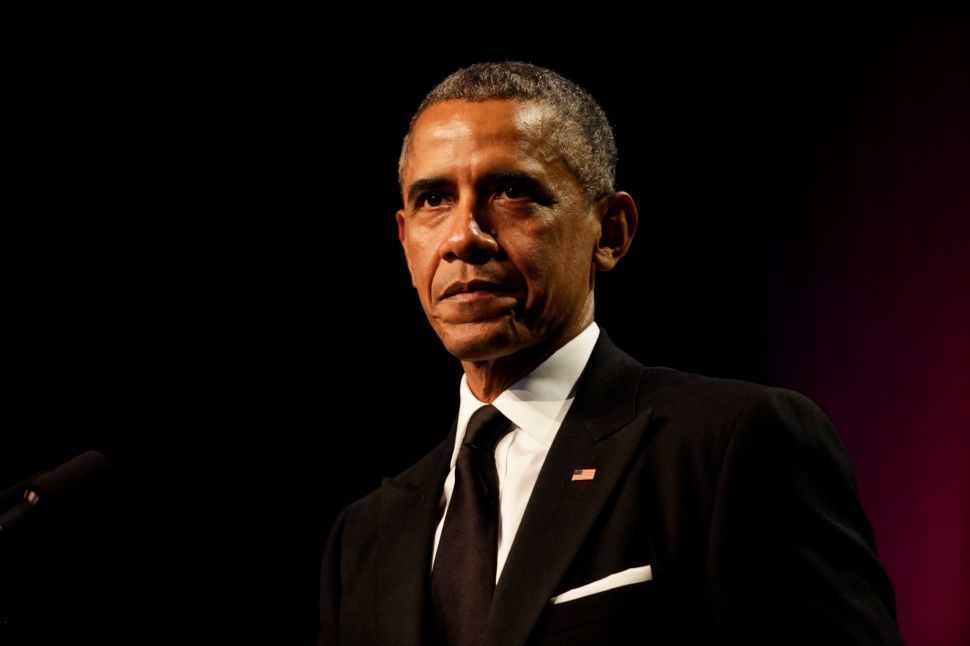