Living alone is a luxury many New Yorkers can’t afford (nor do microunits promise to be much of a help in that department), but it’s somewhat surprising how far out of reach the solitary life is, Gothamist reports. StreetEasy put together a map of what hourly wage New Yorkers would have to make to afford the median neighborhood rents in different neighborhood—which does skew inaccurately high as it lumps together all rents, not just those for studios or one-bedrooms—but it finds that in Greenpoint, a person would need to make $41.19 an hour.

The city’s landmarked sites, once eschewed by retailers, have been increasingly in demand for those looking to make a statement, Crain’s reports. Online retailers like Warby Parker or Trunk looking to impress their customers with their brick and mortar bonafides are particularly big fans, though other businesses would just as soon avoid the additional hassle.

After you’re done ogling that, Gothamist has some “creepshots” of private Fire Island mansions that they snapped from publicly-accessible places.

Brokers are notorious embellishers, but the Brooklyn Paper found some outright falsehoods in the babble for the Fort Green church rental conversion at 282 Adelphi, which claims residents will walk the same streets as Malcolm X and Mos Def once did and might even run into Chris Rock. Only Malcolm X never even lived in Brooklyn and neither Mos Def nor Chris Rock have lived in the neighborhood for decades. When pressed on the inaccuracies, broker Justin Dower of Ideal Property Group replied: “I’m not a historian—I’m a humble broker.” He did, however, add that the apartments, which rent for upwards of $5,000 a month are “the pinnacle of luxury.”

Mayor Bill de Blasio acknowledged that street homeless was a problem in a national TV interview, but downplayed its recent rise, calling it a “decades old” issue, The New York Times reports.

The Durst Organization claims that it’s had a lot of interest in the 820,000 square feet at 4 Times Square that was vacated after Conde Nast moved to the World Trade Center, according to Crain’s. Not from other media companies, we’d guess, who all seem to be seeking cheaper, smaller spaces downtown.

Luthier Music, meanwhile, which shuttered its W. 44th Street shop several months ago, is moving to the Flatiron, DNAInfo reports. Far more interesting, however, is that the owner of the W. 44th Street property sold it for almost $9 million to a Buddhist publishing house called Buddha’s Light which will, at least, help to retain the surprisingly still eclectic vibe of Hell’s Kitchen.

New office space is likely to get more expensive, at least in the short term, as the skyrocketing price of skyscraper glass is adding millions to construction costs, according to The Wall Street Journal.

The super of a Midtown office building died of a heart attack after getting into a physical altercation with a bike messenger, DNAInfo reports. It’s unclear what sparked the fight outside of 432 Park Avenue South. 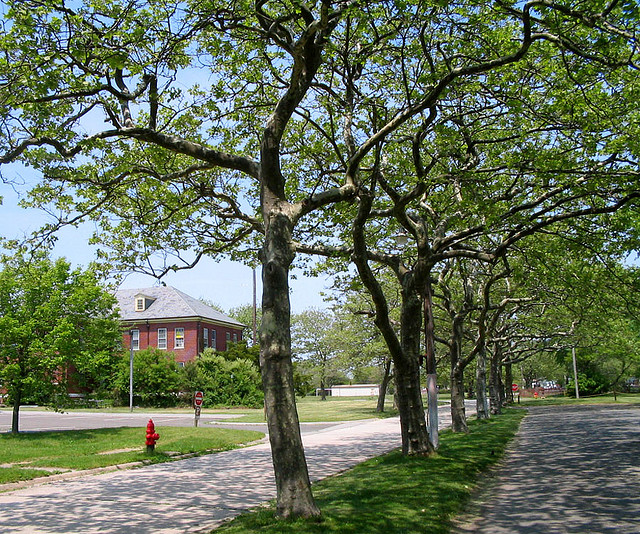