Yes, construction is a pain in the ass for neighbors, The New York Times reports. Noise, displacement, height and loss of services number among the biggest gripes in a city where it’s almost always the case that the new building rising down the street will not benefit locals who put up with years-long inconvenience beyond the vague promise of increased city tax coffers.

Developer Sharif El-Gamal scrapped his controversial plans for an Islamic cultural center several blocks away from the World Trade Center four years ago. Now he’s looking to build a 667-foot condo tower on the site at 45 Park Place, Bloomberg News reports. Priced at more than $3,000 square foot, the development’s units would be firmly lodged within the super luxury category.

Chinatown has long been one of the city’s biggest real estate conundrums—arguably the last economically diverse neighborhood downtown, where “most of the people left in Chinatown’s historic core are the elderly dwellers of rent-regulated apartments,” New York Magazine, which looks at just how that came to be, reports.

Meanwhile, the city plans to nearly double the budget for eviction prevention services by mid-2017 from $34 million to $60 million in a bid to curb homelessness, The Wall Street Journal reports.

Unemployment is just 5.4 percent in New York City, but just because New Yorkers have jobs doesn’t mean that they’re happy with them; Crain’s reports that less than half the workers in the mid-Altantic region said they were happy with their jobs. Low pay, a rising cost of living, long work hours and jobs that follow employees home from the office are all reported as contributing to the dissatisfaction. “New York faces the same quandary as the rest of the country: Despite decades of steeply rising worker productivity, hourly compensation has moved upward at a crawl.”

The best use of transit-rich outer borough land is not upscale housing, a Crain’s reader opines, but would be better remade as centers for jobs, schools and housing: “let’s get away from the sort of top-down planning that builds buildings but falls far short of providing the other ingredients that build and sustain communities.”

Finally, CB2 is not a fan of the IFC’s design for expansion, which requires city approval because it is being built in a landmarks district, DNAInfo reports. 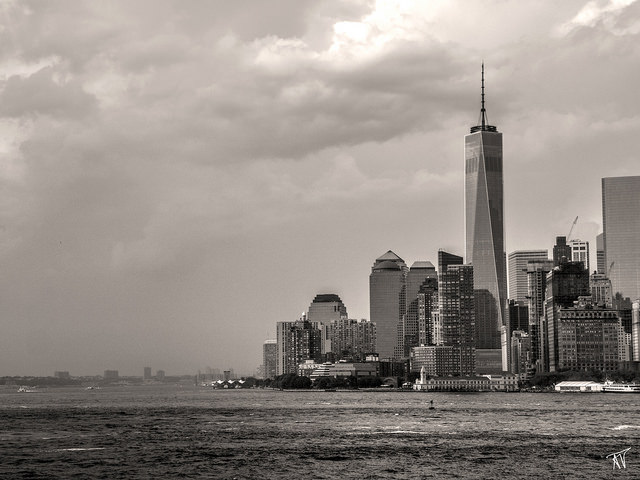