The closure of Sounds on St. Mark’s Place means that the stretch will lose the last of its record stores, Gothamist reports. As they note, the store has been limping along for a long time, but managed to well, keep limping. Until now.

This is the New York we live in now: citing a glut of ultra high-end condos, Toll Brothers is developing a “scaled down” project in Chelsea in which apartments will start at a mere $1.5 million and average $2,200 per square foot, Bloomberg, via Crain’s, reports. Though Toll expects to sell the units so rapidly that they’ll have price increases.

British architect David Chipperfield’s first building in the city is slated to rise at 16 W. 40th Street, across from the New York Public Library and Bryant Park, The New York Times reports. Mr. Chipperfield, whom The Times notes “is best known for buildings with a pared-down aesthetic purity” is designing the 33-story building for HFZ Capital. It is, of course, going to be condos. With a hotel on the bottom.

Laudable or obnoxious, you be the judge: Fort Greene restaurant Martha has eliminated its brunch menu because its proprietors like to sleep in and are sick of people coming in expecting Eggs Benedict and mimosas, DNAInfo reports.

The Port Authority has given a plan to open a hotel in the shuttered TWA Terminal the green light, Crain’s reports. JetBlue and MCR Development plan to partner on the project, which would be the airport’s only hotel and JetBlue’s first open to those besides airline staff. It will have 505 rooms and 8 eateries, which will be housed in a building that is to rise behind the terminal, designed to act as the lobby.

Meanwhile, a closure of the Cross-Hudson tunnel for a week or more is basically guaranteed in the next few years, Capital New York reports, and no one has any kind of contingency plan. The second tunnel isn’t even funded, let alone started.

Activists are criticizing the East New York rezoning plan, according to The Wall Street Journal. “Real Affordability for All, a coalition of tenant groups and unions, says many who live in the Brooklyn neighborhood won’t be able to afford the 1,200 apartments the city proposes to build there over the next two years.”

A man and a woman were seriously injured after falling from a Bushwick roof whilst drinking, Gothamist reports.

And lawmakers are seeking to see the Stonewall Inn, which is already a national and city landmark and protected as such, declared a national park, The New York Times reports. Though more than just a presidential fiat is needed to make it so: “Neither the Stonewall Inn nor Christopher Park is currently owned by the federal government. That would have to change in order for any portion of the area to become a national park.” 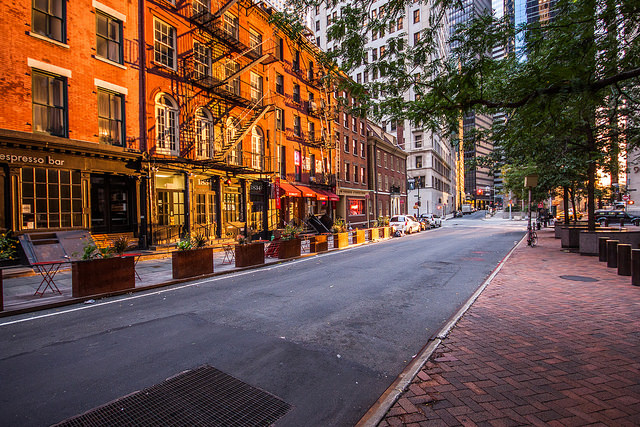