A $75,000-a-night hotel suite at the Mark is allegedly the most expensive on earth, Gothamist reports. Even with the faltering global economy, surely someone will be willing to shell out the equivalent of a downpayment on a studio for a night’s access to three elevators, white oak floors and an “infinity bathtub.”

Speaking of unseemly wealth, this week in The New Yorker, Adam Gopnik asks why cities are either citadels of inequality of cesspools of hopelessness: “We oscillate between ‘Taxi Driver’ and ‘The Bonfire of the Vanities’ without arriving at a stable picture of something in between.” In truth, he argues, they are engines of both inequality and prosperity.

Which is of no help for lease-renewals, of course, and dozens of artists with studios in Gowanus have been told that the Ninth Street buildings are under new management and that they must leave when their leases expire, DNAInfo reports.

We’re not surprised as gentrifcation has obviously inundated the outer, outer boroughs when a pair of Sunset Park warehouses on 39th Street, which would need to be rezoned to be redeveloped into residential or office space, have hit the market for $50 million, according to Crain’s.

And while Manhattan apartment prices were “slightly” lower in the third quarter, The Wall Street Journal reports, that’s only from peak levels earlier this year. Global market fluctuations—i.e. no one has money to pay for this stuff anymore, not even the international elite—have been blamed.

So why can’t all this money pay for a decently maintained transit system? Upgrades and repairs to the MTA system outlined in the capital plan have been put on hold amidst state and city squabbling over who should pay, according to The Wall Street Journal.

Meanwhile, in the New York Post, Nicole Gelinas asserts that much as he claimed he would, de Blasio isn’t building housing for the poor: “de Blasio’s real-life housing plan looks like Bloomberg’s: It’s focused on middle-class housing. That’s because the realities of building housing in this city just don’t support new housing for poor people.” To wit, NYCHA, which is a permanent-subsidy model of affordable housing, has been cash-strapped for decades and the city’s plan to fix the situation is to build market-rate housing to offset the costs.

The city is also planning to use eminent domain to seize languishing Coney Island beachfront, according to the Post. The sites, which the city is seizing because it was unable to cut “fair-market” deals, total 75,000 square feet and also include smaller tracts off the Boardwalk on West 12th Street and on West 23rd Street. The property owners are, unsurprisingly, unhappy.

One does not need eminent domain to claim financial guru Suze Orman’s small apartment at the Plaza, though you do need $4.5 million, according to Curbed. Ms. Orman has listed the apartment for $900,000 than she paid in 2007, which will be perfectly respectable if she gets it, though as far as Manhattan sales go, we can’t say that we’re blown away.

Finally, Cushman & Wakefield’s Michael Rotchford, “who handled several complex and high-profile deals that the company arranged in recent years” is leaving the real estate giant to start his own $150 real estate investment fund, according to Crain’s. 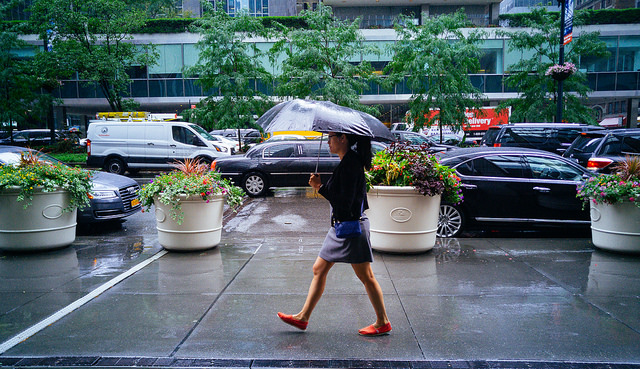