John Krauss, the researcher whose work REBNY based its recent anti-landmarking report on, says that the report uses a false correlation, because you can’t know whether landmarking or other factors are responsible for their being a greater loss of affordable housing in landmarked areas, The Real Deal reports.

The grand 834 Fifth apartment of late socialite philanthropist Carroll Petrie has hit the market for $30 million, Curbed reports, which will fetch you marble floors, crystal chandeliers and an entire staff wing, as well as Wendi Murdoch for a neighbor.

Meanwhile, across the park at the Dakota, a judge has found that the co-op board discriminated as it should have—financially—rather than racially when it block Alphonse Fletcher Jr.’s attempts to buy a second apartment,
The New York Times reports.

Compass has raised $50 million in a series C funding round, bringing its total valuation to $800 million, according to The Real Deal. There are doubts, however, as to whether the company’s software is enough of an innovation to justify the premium. “They raised the money originally saying they were a tech company. Now they’re a brick and mortar real estate company. I don’t know how it’s possible for them to succeed,” one brokerage head told the website.

Out with the old? Gristedes is spending $10 million to renovate its stores, which are increasingly being snubbed by buyers’ who prefer, unsurprisingly, to shop in Fairway or Whole Foods, Crain’s reports. Though to us, at least, $10 million hardly seems sufficient to close the gap.

And a number of Meatpacking District businesses are struggling to shuffle around to stay in the neighborhood after being displaced by the Gansevoort Street redevelopment, according to DNAInfo.

While most college students going back to campus this fall will cover their walls with cheap posters they will look back on with shame, Harvard lets its students rent original art prints from artists such as Andy Warhol for a mere $50, lest their eyes, or their visiting parents, be scarred by inferior art, The Real Deal reports.

Finally, hiding a cat from your landlord when you’ve signed a “no pets” agreement is probably not a great ideal, Brick Underground warns. 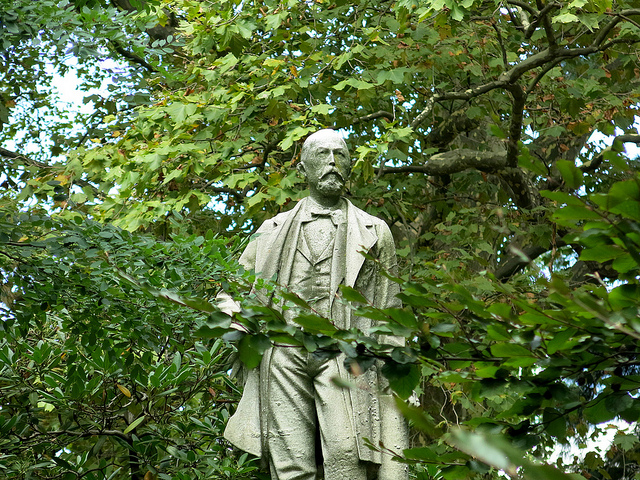