In 2005, Hungarian artist Istvan Banyai released The Other Side, a mind-bending book for children where the opposite sides of each page show the same scene from precisely the opposite direction. In mid-August, a Soho Startup called Mental Canvas released a new version of the book as an iOS app, “The Other Side in 3D.”

With the new version (see it abridged for free or get the whole book for $4.99), viewers can move around Mr. Banyai’s scenes, with its various elements shifting based on their relative position in the scene, which is made 3D by the startup’s software. Then, by swiping all the way across the screen, viewers move into the picture and come out on the other side of it.

For example, you can look up from under in a pool.

And look down on the same pool from above:

The project both serves as an early business venture for the company, and as a demonstration of the concept, as Mental Canvas works to recruit more artists and designers to experiment with using the company’s technology.

See more perspectives from the new app in its trailer on YouTube:

“The Other Side in 3D” represents the first example of the drawing technology and media type we are developing,” Yale computer scientist and Mental Canvas founder Julie Dorsey said in a statement. “Mental Canvas reimagines drawing, imbuing it with entirely new capabilities, bringing it fully into the digital age.”

The Mental Canvas team approached Mr. Banyai about adapting his drawings for the platform, It also has other projects underway, created natively in the system and adding considerably more layers.

Created with support from the National Science Foundation, the basic idea of Mental Canvas’s technology is to make it much faster for artists to turn natural drawings, made by hand, into 3D models. The Observer got a look at the product during a recent visit with the team at NYU’s Varick Street Incubator in Soho. While there, a team member made a very simple perspective drawing of a house, turned it into a simple 3D model, added a three and then located the tree on the house’s lawn, all in about two minutes. Once completed, the drawing could be spun around so you could see how far the tree sat from the house.

Another platform startup entering into similar space is the French company Sketchfab; however, Sketchfab is more centered around making it easy to distribute 3D imagery, while Mental Canvas is more focused on intuitive creation of 3D models.

“The Other Side in 3D” has had 160,000 downloads so far, according to Mental Canvas. It has been an editor’s pick on Apple’s App Store home pages in 19 countries, mostly around Asia. It has also hit number one in the Apple store’s Books category in sixteen countries. 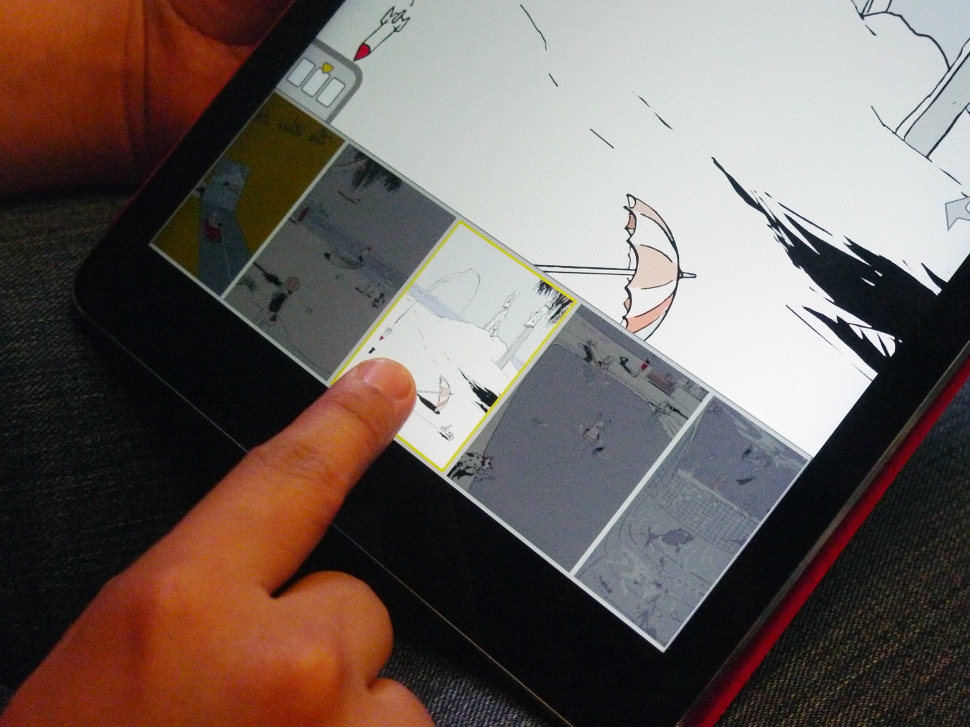