The small back room of the downtown studio was in a state of controlled chaos as models and stylists prepared for Simon Miller’s SS16 presentation. Among the sea of blow-dryers, straightening irons and 20 stunning models was Kevin Ryan, the veteran hair stylist charged with perfecting the models’ locks.

In addition to runway shows and presentations for luxury fashion brands, Mr. Ryan’s work has also been featured in magazines like W, Harper’s Bazaar and Italian and British Vogue—not to mention on the heads of A-listers like Drew Barrymore, Hilary Swank and Reese Witherspoon. He is also editorial director of the haircare line Unite.

There are “different levels of pressure” between styling for a magazine shoot and styling for Fashion Week, Mr. Ryan told the Observer. A runway show or presentation “is pressure with an end,” he said, while “a shoot is pressure that maybe doesn’t end—you carry on until you get it right.”

“[With] a show, at some point, the girls have all got to walk, so you need to be able to cut corners,” he said. “You can’t get panicky. You have to just accept what’s good enough and get them out there.”

Simon Miller’s SS16 collection was inspired by the American Southwest, creative directors Daniel Corrigan and Jake Sargent told the Observer. When it came to the models’ hair, Mr. Ryan created something he described as “somewhere between an accident and a samurai”: the hair parted in the middle and pulled back into a looped bun, the ends of the hair sticking up like the head of a broom turned upside-down.

Mr. Ryan wanted a look that was “messy structured” and not “too ‘hairdressy,'” so he used a texture spray and a bit of powder. “You get grittiness and texture out of those,” he said. “It gives you structure, but it doesn’t make you look shiny or too prissy.”

Mr. Ryan and his team of stylists were given three hours to prep the models for the 6 p.m. presentation. “If you have a good team you can rely on, you can turn your back,” he said. “If you don’t, you spend your whole time scared.”

When finished with hair and make-up, the models donned their Simon Miller attire and took their places on raised platforms.

Finally, come 6 p.m., Mr. Ryan and his styling team could step back and admire their beautiful work. For Mr. Ryan, the hairstyles paired perfectly with Simon Miller’s laid-back aesthetic.

“We played with [the hair] down, played with it up, played with it clean, and eventually found that right mix,” he said. “It felt like girls that had their hair done, but it didn’t take away from the brand, which is fairly casual.” 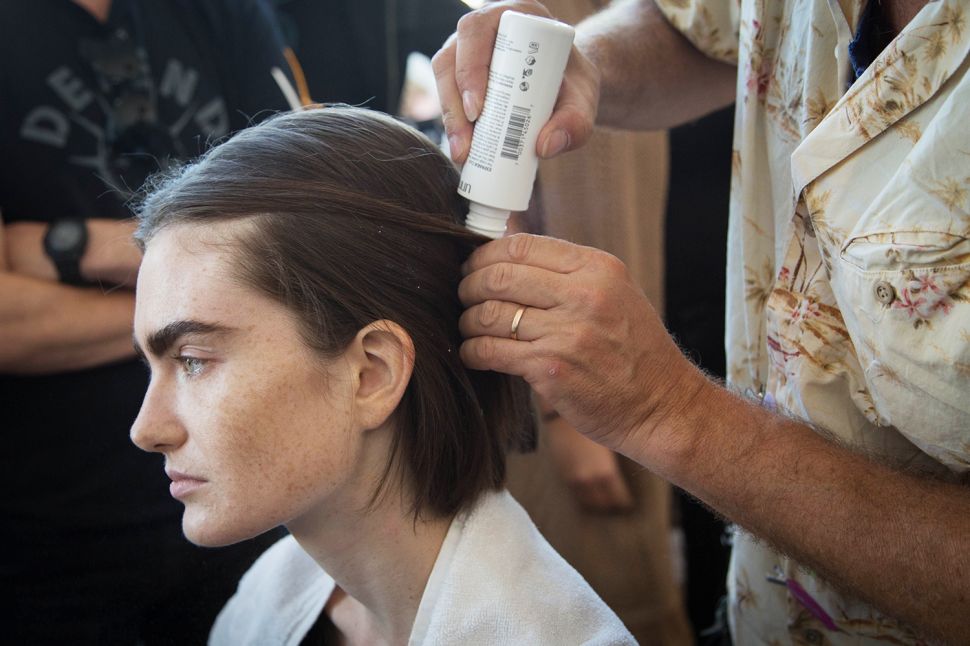