It’s Thursday in New Jersey, where state leaders are mourning the loss of a young political star.

Rest in Peace, Edward Romano
It’s easy to get cynical about politics, especially in New Jersey.
Cynicism and politics form a symbiosis of bitter purpose here, enlivening the self-interest of statehouse and city hall predators and scavengers and dampening the enthusiasms of those who would aspire to nobility.
PolitickerNJ Editor, PolitickerNJ Read more

EXCLUSIVE: PokerStars To Re-Enter US Market
Something very strange took place in the gaming industry a year ago and today it’s poised to have ramifications for New Jersey.
Ken Kurson, PolitickerNJ Read more

10 Super PACs to Watch in 2015
Though 2015 is assured to be a slow year, this year’s Assembly and local elections have seen a continuation of the unprecedented wrangling and dubious dubious tactics from super PACs that marked 2013’s legislative elections. Of their parties but not in them, these are the groups that stand to alter the field and create controversy in the run-up to November
JT Aregood, PolitickerNJ Read more

Source: General Majority PAC’s $290K Ad Buy Shows Crisis of Confidence
A source close to the Republican campaign in district one told PolitickerNJ that the General Majority PAC spent $209,000 for a single week of TV ads against Assemblyman Sam Fiocchi (R-1). The ad started running two days ago and will continue until the end of next week.
JT Aregood, PolitickerNJ Read more

Toms River Mayor Says Decision on Embattled Councilman Likely at Next Council Meeting
Following Toms River Township Councilman John Sevastakis’ decision not to step down after his fraud conviction, Toms River Mayor Thomas F. Kelaher said that a decision on the township council’s best course of action will most likely come during the next council meeting on October 6.
JT Aregood, PolitickerNJ Read more

Weinberg to Noah: Be Careful that Christie Doesn’t ‘Take the Bat out on You’
Senate Majority Leader Loretta Weinberg (D-37) today fired off a note to Trevor Noah, the new host of Comedy Central’s The Daily Show.
Max Pizarro, PolitickerNJ Read more

Nursing Home Legislation a Personal Fight for Stack
When state Senator Brian Stack’s mother was approaching the end of her life she needed around-the-clock care. Before she passed away in May, Margaret Stack moved between a few nursing homes. That experience, for her son, was an eye-opener.
Alyana Alfaro, PolitickerNJ Read more

LD38 Dems: Challengers Should Denounce ‘Unethical’ Poll
Assemblymen Joe Lagana and Tim Eustace have called on Republican challengers Anthony Cappola and Mark DiPisa to “denounce and renounce” a poll that they claim was an “unethical and manipulative campaign trick,” according to a statement.
Alyana Alfaro, PolitickerNJ Read more

After Heated Meeting, Republican Chairman Responds to Atlantic Board of Elections
The Atlantic County Board of Elections met Tuesday night and heard arguments from the General Majority PAC’s William J. Hughes Jr. defending mailers his group sent out to potential voters in the second district urging them to vote for Democratic incumbent Assemblyman Vince Mazzeo in November. After the board’s decision to draft a bipartisan response to a letter from Atlantic County Republican Chairman Keith Davis’ challenging the mailers, Davis is doubling down.
JT Aregood, PolitickerNJ Read more

Fear, Anger, and Immigration
Fear and anger have always driven the immigration debate in America.
The American attitude toward immigration has not changed much since the Naturalization Act of 1790 or the Franco-phobia that gave rise to the Alien and Sedition Act of 1798. The U.S. Supreme Court continues to hear cases about immigration laws and the Presidential candidates for 2016 debate the latest round of immigration reform using language that is sometimes shocking.
Donald Scarinci, PolitickerNJ Read more

Post-elective office, McGreevey says ‘I can say whatever I want’
The Auditor attended the Rebovich Institute for New Jersey Politics’s latest lecture Monday and couldn’t help but notice the vast difference between guest speaker Jim McGreevey’s post-elective office self and the carefully controlled politician he was as Gov. James E. McGreevey until he resigned following an extramarital affair with a man 11 years ago.
The Auditor, NJ.com Read more

Will Christie qualify for the main stage at the next Republican debate?
Gov. Chris Christie is close to qualifying to sit at the main table for the third Republican presidential debate next month, according to rules announced Wednesday by its sponsor, CNBC.
Jonathan D. Salant, NJ.com Read more

Bergen County lawmakers seek delay for Horizon hospital plan
The Bergen County delegation of state lawmakers as well as the county’s executive and its freeholder board have joined the effort to delay a new health plan anticipated to have a wide and possibly detrimental impact on Catholic hospitals and the uninsured.
Dustin Racioppi, The Record Read more

Proposed bill would give freeholders budget control of governor-appointed elections officer
Democrats in the state Legislature have introduced a bill that would rein in the autonomy of the governor-appointed Superintendent of Elections by shifting the power to control spending to the county freeholders.
Richard Cowen, The Record Read more

Christie due back in New Hampshire, if Joaquin allows
Gov. Chris Christie is supposed to be in New Hampshire the next few days campaigning for president, though Hurricane Joaquin might compel a change in plans.
Michael Symons, Asbury Park Press Read more

Christie continues to milk debate moment
Gov. Christie has a series of campaign-trail talking points: his vetoes over a Democratic-led Legislature, his efforts to roll back regulations opposed by businesses in New Jersey, his assignment of blame to President Obama for a world “on fire” with instability.
Maddie Hanna, Philadelphia Inquirer Read more 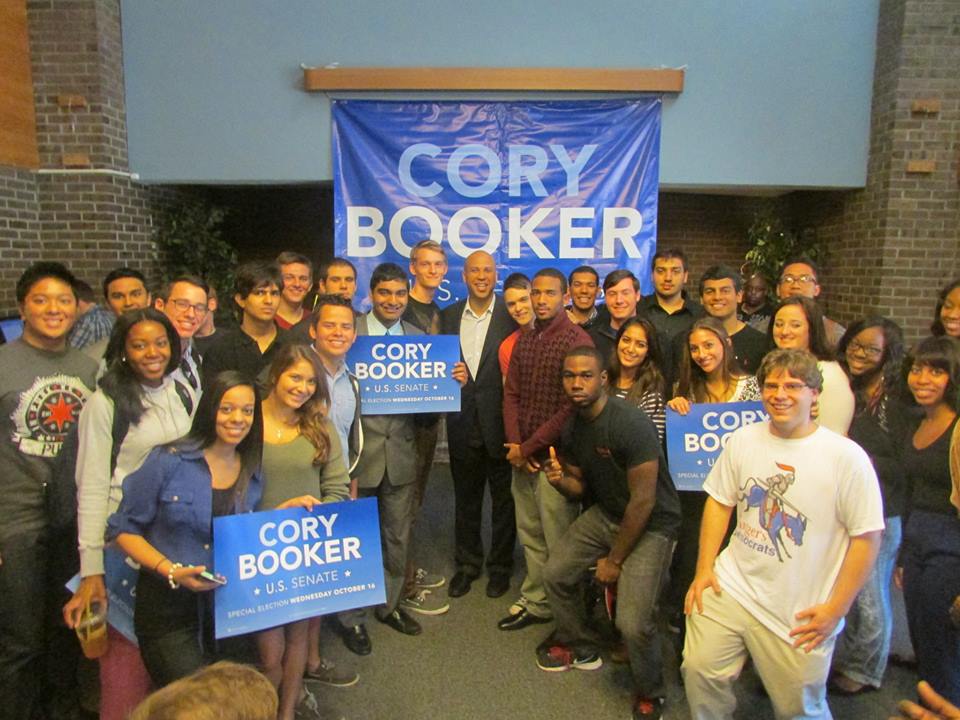