It’s Thursday in New Jersey, where it seems every corner of the state is brimming with political news.

Baraka: Newark Needs 6,000 Jobs to Get on Par with NJ Unemployment
At a public safety summit here this morning that he organized, Mayor Ras Baraka said his city needs 6,000 jobs to get unemployment in Newark at least on par with the state of New Jersey.
Max Pizarro, PolitickerNJ Read more

The Top 10 Wildcards for LD2’s Assembly Election
New Jersey’s most closely watched race this year will be in the second legislative district, where incumbent assemblymen Vince Mazzeo (D) and Chris Brown (R) will be vying to keep their seats and or be overtaken by newcomers Atlantic County Freeholder Will Pauls (R) and Democratic Atlantic County Freeholder Colin Bell (D).
JT Aregood, PolitickerNJ Read more

Judiciary Committee Members: Fox Owes No Explanation for United Work
New Jersey Department of Transportation commissioner Jamie Fox was a lobbyist for United before entering his current position in 2014. Yesterday, the CEO of United Jeff Smisek resigned as the airline undergoes a federal investigation for the Bridgegate scandal.
Alyana Alfaro, PolitickerNJ Read more

Opinion: Cory Booker Has Broken Our Hearts
Senator Cory Booker may have been counting on the traditions of the Jewish High Holy Days to give him cover for his support of the Iran deal. It will not be forthcoming.
The Observor Read more

Following United CEO resignation, Christie calls PA ex-chairman a friend
Governor Christie said Wednesday night he still considers his former Port Authority chairman – a central figure in a federal investigation that prompted the resignation of top officials from United Airlines – a friend and isn’t sure he did anything wrong.
Melissa Hayes, The Record Read more

Jersey Governor Decries ‘Rock Climbing Wall Epidemic’
New Jersey Governor Chris Christie isn’t worried about losing the vote of climbing gym rats. The Republican, whose campaign to win his party’s presidential nomination is languishing, is out on the trail trying to raise his standing in the polls, attacking what he sees as unnecessary costs at colleges.
Steve Casimiro, Adventure Journal Read more

How BridgeGate Probe Into Christie Crony Got United Airlines Chief Fired
In a development that caught many by surprise, on Monday afternoon the CEO of United Airlines ($UAL) and two senior executives at the airline were forced out of their jobs following an internal investigation into their dealings with the Port Authority of New York and New Jersey and the agency’s former chairman, David Samson.
Brian Murphy,TPM Read more

Christie keeps mum on David Samson amid United Airlines resignations
Gov. Chris Christie on Wednesday balked at discussing his relationship with a longtime ally and confidante who could be tied to the recent resignations of the United Airlines CEO and two other top officials at the company.
Aristide Economopoulos, NJ.com Read more

Will ‘Chairman’s Flight’ Affect Chris Christie?
This is the Aiken, South Carolina house former Port Authority Chairman David Samson traveled to aboard those United Airlines flights. They’re ones he himself allegedly deemed the ‘chairman’s flight’ that departed Newark on Thursday nights and returned from Columbia, South Carolina on Monday mornings. The flights were arranged after Samson had dinner with United’s then-CEO Jeff Smisek, and during the time the Port Authority was considering United’s push to expand its foothold at Newark Liberty International Airport – which the Port Authority runs.
Michael Hill, NJTV News Read more

NJ Transit votes to alter scrutinized $1 Port Authority lease deal in North Bergen to $875K
NJ Transit’s board voted Wednesday to alter the agency’s lease on a 14-acre parking lot in North Bergen owned by the Port Authority that was the subject of a controversy that grew out of the George Washington Bridge lane closure scandal.
Christopher Maag, The Record Read more

How powerful is Lakewood’s school monitor?
Can the Lakewood school district’s state monitor override the will of the Board of Education on just about any matter?
Erik Larsen, Asbury Park Press Read more

NJ assemblywoman participates in White House apprenticeship summit
Assemblywoman Maria Rodriguez-Gregg’s support for the expansion of apprenticeship programs landed her an invitation to the White House on Tuesday, where she was recognized with other leaders from across the country for promoting workforce development initiatives.
David Levinsky, Burlington County Times Read more

Menendez: Defense may reveal classified info on plot against him
Sen. Bob Menendez warned this week that classified information may be revealed as part of his defense against corruption allegations, including details about a “foreign intelligence service” that may have planted accusations aimed at damaging the New Jersey Democrat.
Jonathan Tamari, Philadelphia Inquirer Read more

Activists call for internal affairs investigation into ‘police leaks’
The county’s top prosecutor is not tipping his hand as to whether he plans to act on demands from civil rights activists and the New Jersey branch of the American Civil Liberties Union asking for an investigation into Mercer County police agencies they contend leaked information to The Trentonian regarding prior arrests and mugshots of a Trenton teen who was shot by police last month.
Isaac Avilucea, Trentonian Read more 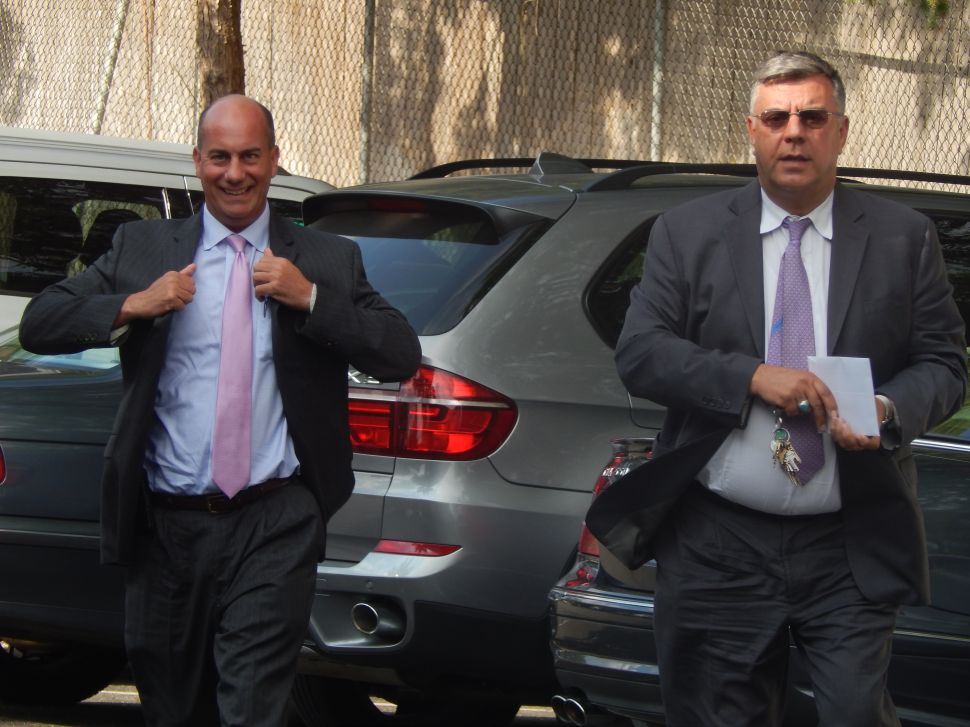