PATERSON – Latina women formed the nucleus of support around state Senator Nellie Pou (D-35) at the senator’s Saturday breakfast at the Brownstone, a sisterhood of recognizable protectors who have lately risen in the ranks of party power.

Politicians intent on getting seen at big, packed events swarmed Pou’s lively function, the 18th of an annual tradition.

“I’m having fun,” enthused state Senator Ray Lesniak (D-20), who grabbed a chair in front of a plate of breakfast near the front of

A veteran senator who’s running for governor in 2017, Lesniak rose and gave a double arms-extended hand wave upon introduction.

Pou’s not on the ballot in November, but she showed consolidated power Saturday, amplified now by her City Hall closeness to Paterson Mayor Jose “Joey” Torres, who returned to office in 2014 after a four-year hiatus. “We’ve had this event for years and when we started it was mostly just women, but as it has grown we have had the presence of many more men,” Pou told PolitickerNJ. 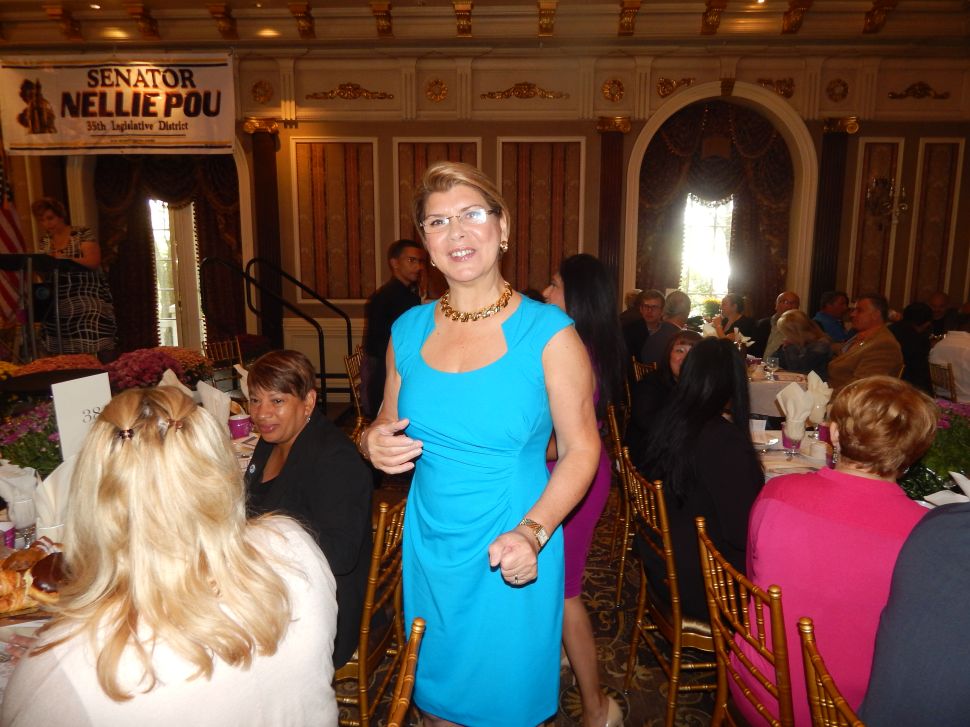