One week on, people are still talking about how Carolina Herrara and Vanity Fair’s Graydon Carter took a reprieve from their fashion week preparations to celebrate with Ray Kelly who launched his autobiography on Tuesday night at a private manse uptown.

The former New York City police commissioner had his political friends out in full force, too, namely co-host and former mayor Michael Bloomberg, who sparked further gossip of Mr. Kelly’s own potential run for mayor next year.

The potential next mayor of New York later to took the drum set to show off his performance chops for the crowd full of New York luminaries.

Big names in politics were accompanied at the party by A-listers in fashion, business and entertainment. U.S. Attorney for the Southern District of New York Preet Bharara, Manhattan District Attorney Cyrus Vance and political consultant Howard Wolfson were there, along with Ronald Perelman and Lorne Michaels. 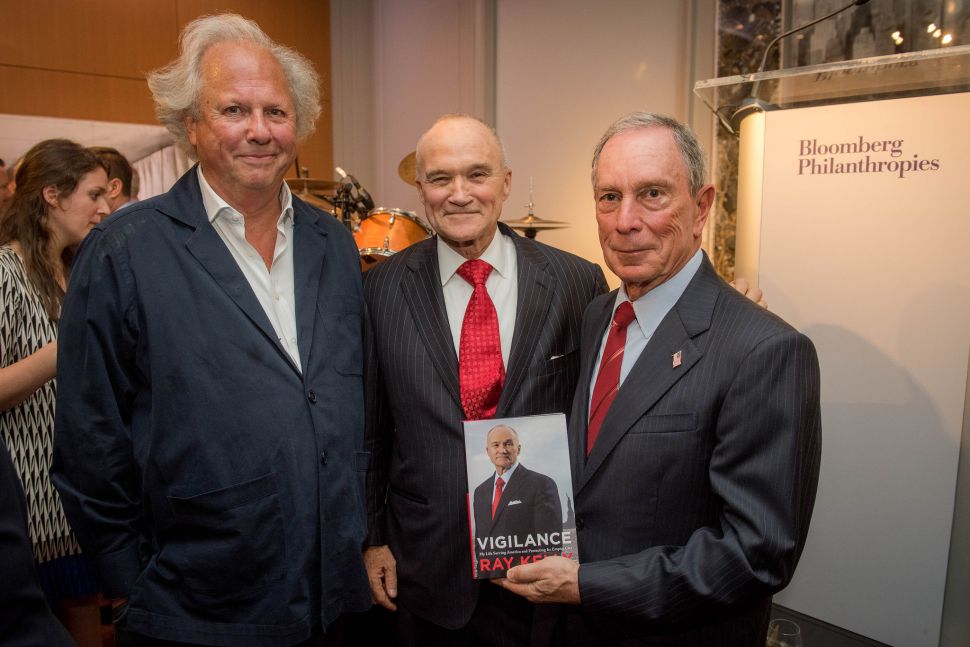