Let us reimagine the “public” in public media — not because we must, but because now we can.

Public media can now mean supporting the media the public makes. It can mean serving many publics — especially the underserved — and not just the mass (or its latte-swilling crème). It can mean much more than making content, including training new and diverse voices, promoting and distributing their work, fostering new and open networks, sharing technology, reimagining the idea of membership, incubating and even investing in new ventures, exploring alternative media, and innovating in ways other media institutions can no longer afford to do.

National Public Radio is our treasure, the last salvation of a medium that — in America — has fallen into disrepair of Atlantic City proportions. Since my media hero, Howard Stern, left terrestrial broadcast and went into orbit, the only audio I listen to anymore comes from Sirius, podcasts, audiobooks, and NPR — never, never commercial radio.

NPR and its larger affiliates are innovating. They have learned the power of delivery via download vs. broadcast tower. They have nurtured podcasts and web properties of their own. WNYC is doing impressive data journalism. I have worked with both WNYC and WHYY in helping to support the growing news ecosystem in New Jersey. (Though I was saddened to see the Philadelphia station’s innovative head of news, Chris Satullo, depart for still-unknown reasons last week.)

You can’t make it go away, it just gets stronger and more resilient.” Cockroaches may survive, but what do they invent?

Yet at the same time, NPR has run through leaders like a banana republic. Its management is stuck between innovating on its own and supporting its legacy broadcast stations, whose value — like other last-century media — only declines. Thus NPR’s latest CEO, Jarl Mohn — who reports to a board dominated by old radio stations — is forced to defend their old ways: “Broadcast radio is the cockroach of media,” he told Current. “You can’t kill it. You can’t make it go away, it just gets stronger and more resilient.” Cockroaches may survive, but what do they invent?

Meanwhile, public television is becoming less sustainable and relevant as a golden age of video — brimming with education, science, news, and drama — blossoms elsewhere: on cable, on NetFlix, on YouTube, and in many corners of the net. I didn’t understand the hand-wringing over HBO subsidizing Sesame Street, airing episodes on its pay channel before handing them over to PBS for free nine months later. (It’s not as if there’s breaking news about the letter B.) At least Big Bird lives.

Back in the dark ages of my childhood, we were stuck with three TV networks that failed on their promise to provide programming in the public interest in return for their use of our airwaves. So we needed PBS. It cured a market failure. Today, it is worth asking where the market fails and where public media are truly needed.

I have had this discussion often with public broadcasters elsewhere in the world, where taxes — er, I mean, license fees — assure sustainability for state-backed media while commercial competitors wither. Thus in Europe, for-profit companies whine that their public-media counterparts should be restrained from innovating on the internet — just when media innovation is so badly needed. Those once-profitable companies also hunger for a slice of public media’s license fees.

In an attempt to mollify its commercial competitors and neutralize their lobbying as it seeks renewal of its charter, the BBC just announced a proposal to hire 100 reporters at local newspapers and other outlets. That’s all well and good, but a truly open and public BBC might better incubate 100 new news startups, offering them content to remix, education, open-source platforms, and distribution. Who is to say that old-media institutions should be the ones to benefit from public support?

The same question looms here in the U.S. as next year the FCC prepares to auction broadcast spectrum — possibly including airwaves now owned by public broadcasters. Yes, there will be lamentations about the loss of public broadcast stations in some markets and on behalf of the slice of the population — approaching only 10% — who still rely on rabbit ears.

But imagine how a pool of capital from the sales of public airwaves could be used to nurture innovation, to serve communities the market fails to serve, to invest in media startups that could become sustainable on their own and that together could grow much larger than a single station. Yes, I’m excited by the podcasts NPR and its affiliates have started. But I’m even more excited about the budding entrepreneurs who have left their old stations to start their own companies, like Alex Blumberg’s Gimlet Media, which won’t have to feed off the finite slop in the public trough. Did they have to leave public media? Not if we define public media in much broader terms.

In a sense, this new vision of public media is emerging on crowdfunding platforms from Kickstarter (where countless podcasts seek funding) to Patreon (where patrons can reward every episode made) to Quire (where Gimlet sold its first stock). There, the public decides what media to support — not because they are forced to jump over a paywall and get access to locked-away content but because they want to support the creations of talented people in any medium for all to enjoy. That is real public media: by the public, for the public, thanks to the public. 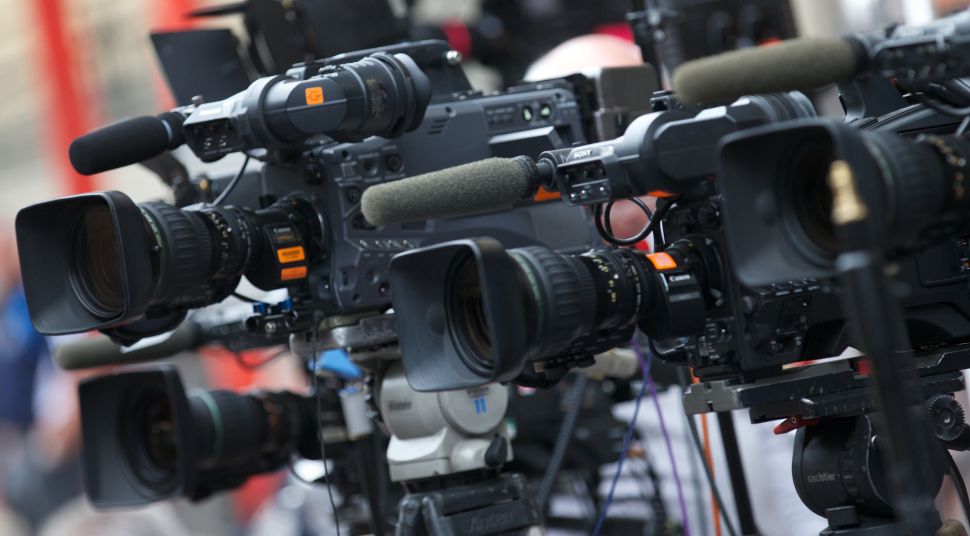