Mr. O’Malley started the press conference at the Boys & Girls Harbor Education Center by highlighting his own record of passing “comprehensive gun safety legislation” in his home state and rolling out his proposals for new federal rules that he claimed could cut the number of shooting deaths in half by 2025. His national package included universal background checks and fingerprint licensing for all firearms regardless of where they are purchased, a federal gun registry, tough new penalties for violators—and the repeal of the 2005 Protection of Lawful Commerce in Arms Act, which prevented people from suing gun makers or sellers when their weapons were used criminally.

The candidate ripped the law, which a Republican Congress passed and which Mr. Sanders—a self-identified independent socialist who caucuses with the Democrats—supported. Mr. O’Malley argued that it was a sell-out to the companies that make guns and lobbying groups like the National Rifle Association, which advocate against regulation.

“It wasn’t until 2005 that Congress shielded gun manufacturers from the same sort of product liability responsibility that other products would have. There’s an ability and you can have standards and ways to make your product safer, in order to safeguard human life, you have a duty to do that. And so I believe this was nothing short of the NRA flexing its political muscle to shield the gun manufacturers,” Mr. O’Malley said when asked about the bill.

“No, I’ll let you draw your own conclusions,” he said.

However, he did call upon every Democrat in the field to roll out their own gun control proposals, saying the issue was “past its time.”

“I have said this is strategical for my administration, and important to our nation, of cutting gun deaths in half within the next 10 years. And I hope I’m not the last candidate to present common-sense gun safety legislation in this race. I think people are longing for it,” he said. “So I hope the other candidates might also join me.”

Representing an overwhelmingly white rural state with a strong sportsman culture, Mr. Sanders has historically leaned somewhat to the right of many Democratic colleagues on gun issues even as he has tilted hard to the left on most other matters. Still, his past support for some gun control has earned him a “D-minus” grade from the National Rifle Association.

Nonetheless, some liberal critics have pointed to Mr. Sanders’ past positions on the issue as a sign he is out of touch with urban Democrats and their concerns.

Mr. O’Malley, the former mayor of Baltimore, highlighted that his state has both rural, urban and suburban areas and claimed his state’s regulations enjoyed support from all quarters.

“I understand the traditions of hunting. And when we passed our comprehensive gun safety legislation none of those traditions were interrupted,” he said.

The senator’s campaign did not immediately respond to requests for comment. Mr. O’Malley has sought to frame himself on the campaign trail as a progressive alternative to the front-runner, former Secretary of State Hillary Clinton, but has struggled for a foothold in the polls while Mr. Sanders’ popularity has soared. 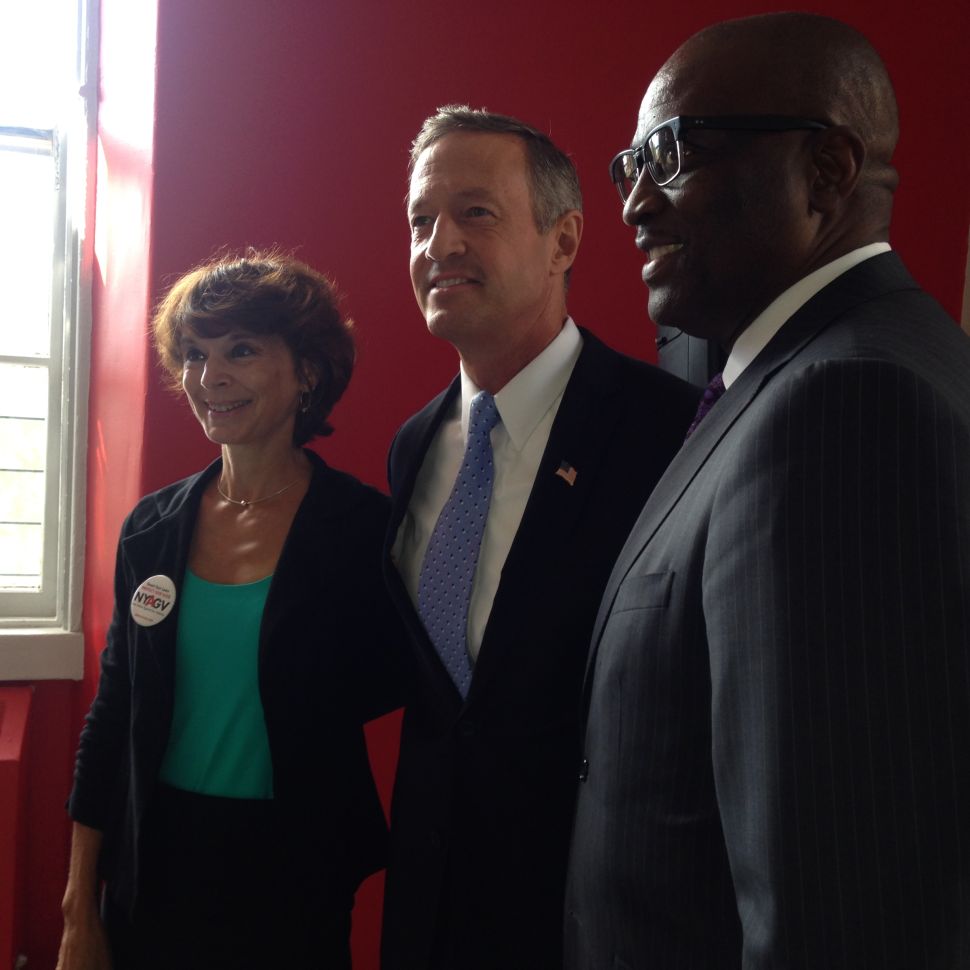