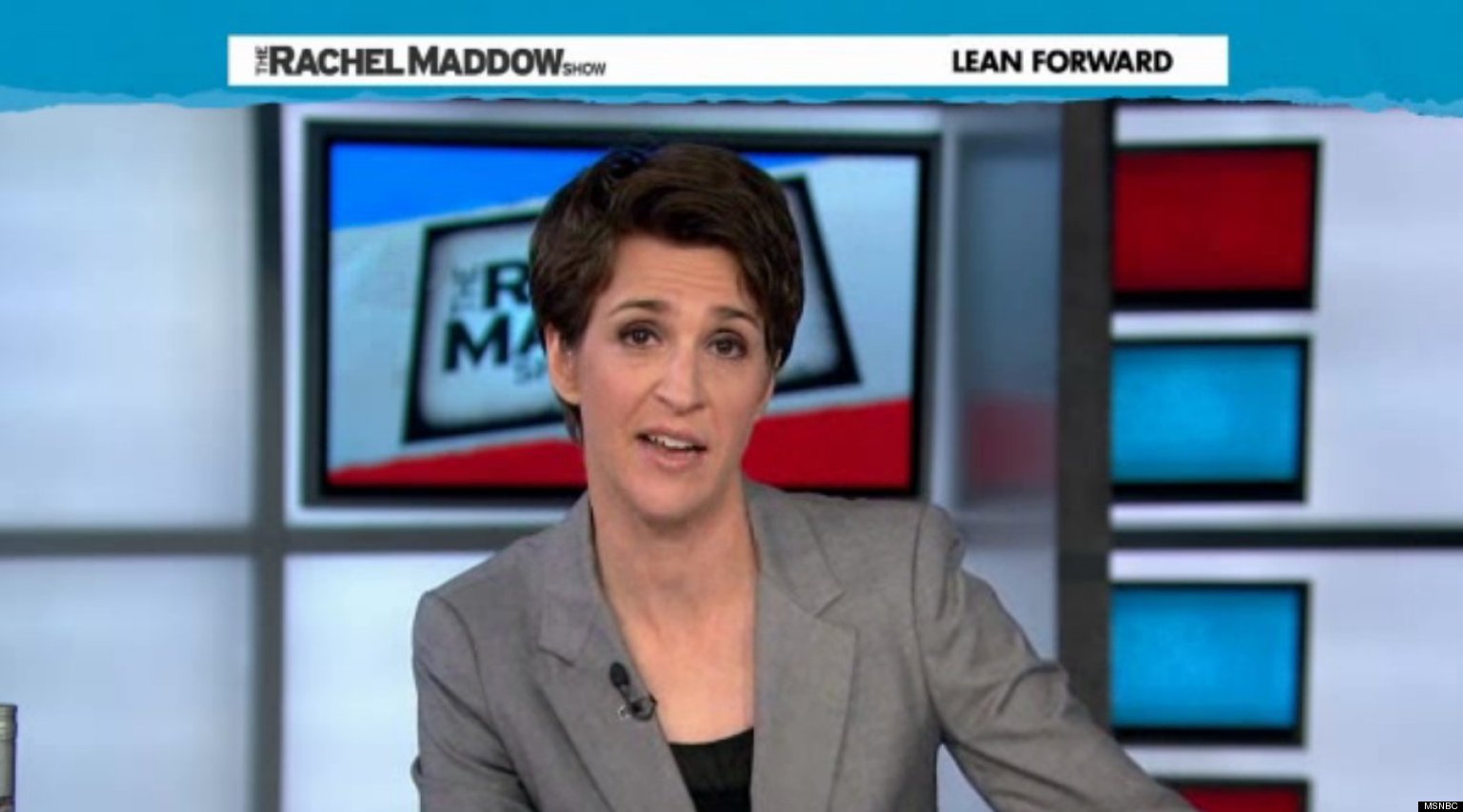 At its best, “The Rachel Maddow Show” is the most enlightening, entertaining and intelligent program in the 9 p.m. slot among the three major cable news networks. Sometimes, Ms. Maddow succeeds with video instead of talking a topic to death.

One of those good moments came Tuesday in her lead story about the release from jail of Kim Davis, the county clerk in Kentucky who refused to issue marriage licenses to gay couples.

But Mr. Cruz was kept away by one of Mr. Huckabee’s henchmen, a sturdy lad who blocked the path of the Senator, who appeared incredulous. So it was Mr. Huckabee – not Mr. Cruz – who got to exhibit his sanctimonious self on the grandstand before TV cameras while amplifiers blared the pop anthem “Eye of the Tiger.”

“When it comes to political exploitation of the county clerk who is in contempt of court in Kentucky, we have an obvious winner,” Ms. Maddow said, after quoting The New York Times for verification. “ . . . And an obvious loser.”

This video, a telling detail and a perfect vignette of how politicians battle at ground level, was a smart kickoff to Ms. Maddow’s liberal show, the most watched on MSNBC. Ms. Maddow’s chief 9 p.m. rival, Megyn Kelly of the conservative Fox News Channel, also showed the same main story at the beginning of her show but without that edgy and telling confrontation.

Later in her show, Ms. Maddow reported the dismissal of a United Airlines executive who authorized a needless, money-losing flight to please a pal of New Jersey Governor Chris Christie, another Republican Presidential candidate campaigning under the shadow of the “Bridgegate” scandal. Another good story, crisply told.

But it is a shame Ms. Maddow cannot be so succinct and clear more of the time. Consider last Thursday, when she needed 11 minutes to get to the point of her lead story about Republican candidates. After showing video of former Texas Governor Rick Perry and a long sound bite from Donald Trump, she showed behind her an illustration of Mr. Trump’s face on a can of Pledge furniture polish.

Next came the Pledge graphic again – and again — and a repetitious narration about the GOP race and its TV ads. And then that same can of Pledge.

Finally, in the 11th minute of her show, Ms. Maddow came to the point: Mr. Trump had signed a loyalty pledge that day to endorse the eventual Republican Presidential nominee. Get it? Can of Pledge? Loyalty pledge? Heh-heh-heh.

Even then, Ms. Maddow backed into the lead by referring to “This Republican Party loyalty pledge which Mr. Trump made such a show of signing today.” A headline at the bottom of the screen finally spelled it out: “Donald Trump signs GOP loyalty pledge.” Thanks, graphics department.

Over on Fox, Ms. Kelly opened with a much more focused segment on the war of words between Mr. Trump and former Florida Governor Jeb Bush. Her second subject was Mr. Trump’s loyalty pledge. She reported it briskly in the sixth minute of her show and moved on.

And sometimes Ms. Maddow is even more obtuse. On Sept. 1, she reported “an important substantive change” in how the major candidates would be chosen for the next Republican debate. Even when she got to the point – in the 10th minute of her show – Ms. Maddow’s words were vague.

“CNN announcing tonight . . . they are changing the rules specifically to allow the likes of Carly Fiorina to be in that debate,” Ms. Maddow reported.

Had you been watching Fox instead, you would have heard Ms. Kelly – in the first minute of her show – saying “Carly Fiorina will likely find herself on the main stage at the Sept. 16 Republican Presidential debate.”

Sometimes Ms. Maddow’s scripts are too cute by half. They are like an airplane circling an airport trying to decide which landing strip to use – or even which airport. It’s often unnecessarily difficult to fathom where she’s headed.

Her shows have fewer interviews than most others, so listeners hear her lengthy gusts of verbiage for minutes at a time with no breaks in show tempo.

She shakes her hands and waves her arms and clasps her fingers and smiles just fine and looks great in short, dark hair and tailored suit jackets, a stark contrast to Ms. Kelly’s bare arms, long blond tresses and short tight dresses.

But even some of Ms. Maddow’s most loyal viewers—those who would rather listen to women than stare at them and who share her progressive ideas and admire her intelligence—sometimes have to shout at their televisions “Dammit, Rachel, what the heck are you talking about?” Perhaps, if she took a deep breath and listened, she’d hear their pleas and tighten it up. 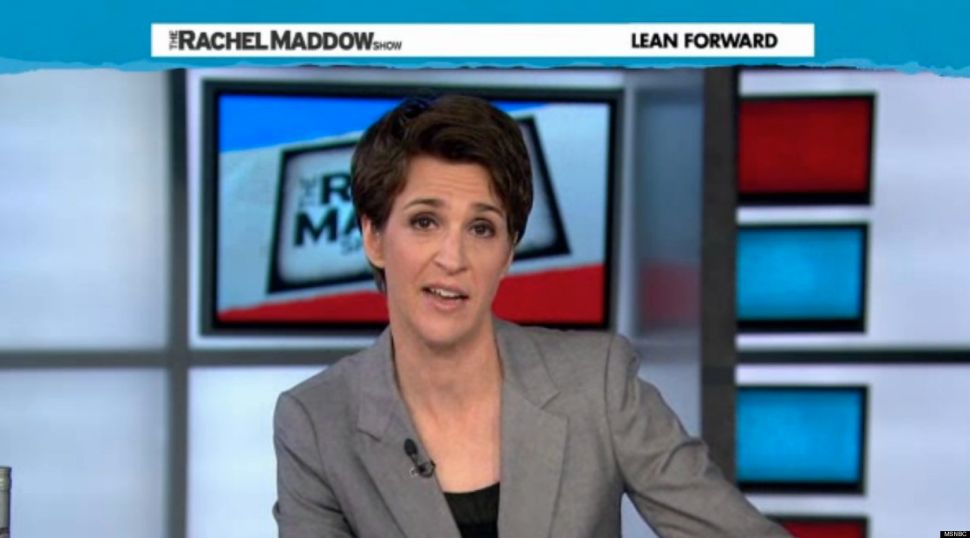