Given the fact that Ray Donovan shares his name with an entire television show, it’s difficult to say what he wants or what he’d do in a given situation. His character is circumscribed not by how he approaches his problems, but by the fact that he can’t approach most of them at all. Many protagonists of television’s Golden Age have tried to excel both at family and crime, and all have failed to some extent, but few have shown as little aptitude for either as Ray. His work in Hollywood has dried up, leaving him to try to advance as a football executive by applying his skills as a bagman. Ray has so deeply internalized the mentality of the fixer—that every problem can be solved with a stack of money or a hole in the desert—that he’s mystified by the crises that beset his family, which require more empathy than beatings. A bed in the spare room is no solution to Terry’s problems, and Bunchy needs better guidance than to have his money hidden away. Will our heroes develop any problems that can be solved by applying The Ray Donovan Method? Stay tuned…

We’re throwing ourselves a Very Donovan Wedding! Remember all those times that Bunchy insisted that he wanted to marry Teresa and she stared at him with pity and confusion until the next scene started? Apparently that served as an implied “I do!”

Ray and Abby host the rehearsal dinner, during which time Lena and Avi examine everyone’s coats for driver’s licenses and incriminating evidence. Ray, you see, doesn’t trust Teresa, her family or, by extension, Bunchy’s judgement. Ray’s background check on Teresa’s family turns up nothing of interest, so Ray is forced to berate Bunchy with a series of condescending lectures about how marriage is forever.

All proper television weddings are beset by hijinks, and this one is no different. Frustrated that Mickey isn’t providing quality intel on the Minassians, Detective Muncie ropes him into a sting operation wherein he will buy child prostitutes from Mrs. Minassian and a Russian gangster while festooned with cameras and microphones. This maneuver will be carried out on Bunchy’s wedding day. Mickey attempts to go on a very minor lam, hiding out from law enforcement while staying close enough to sneak into Bunchy’s wedding.

Detective Muncie boldly counters Mickey’s gambit by arresting Bunchy for his involvement with Mickey’s operation and holding him in hopes of drawing Mickey out of hiding. Ray, sensing correctly that Mickey won’t leap into custody to protect his son’s honor and thrilling to the possibility of a family crisis that can be solved with thumbscrews, offers to find Mickey and trade him for Bunchy. After a very modest bit of sleuthing that involves an octopus-shaped pad from a motel called The Octopus Inn, Ray manages to guilt Mickey back into the arms of the law and saves Bunchy’s wedding.

Both the sting operation and the wedding go off without a hitch, and the latter affords Ray several opportunities to be perplexed by people treating each other with empathy and affection. Ray gives Bunchy control over his settlement proceeds and a wedding toast much better than the previous night’s. Bunchy returns the favor by demanding more respect from his father. Mickey, now pinned between the feds and the Armenian mafia, breaks down and begs Ray for help. Ray ends his evening by putting Lena on the case of the Mysterious Mrs. Minassian.

The Bridget/Donellen Affair has reached a higher and more sickening gear as the two share an oxycodone-fueled date at a bowling alley. Donellen confesses that he finds Bridget attractive, and the two share a kiss. (And Donnellen’s oxy.)

Terry, now safely ensconced in Ray’s spare room, is enjoying a budding emotional connection with Abby. They shop for booze together! Abby consoles him after he has a distressing Parkinson’s-related episode! Abby does up his cufflinks! Ray looks on, perplexed, like Arnold Schwarzenegger during the “Why do you cry?” scenes in the second act of Terminator 2. Tellingly, when Abby detects Bridget’s nascent oxy problem, she confides in Terry rather than her husband.

A regulatory organization charged with vetting Paige Finney’s football operation can’t locate one Varick Straus, recently divorced by Paige Finney, murdered by Andrew Finney, and buried by Ray Donovan. They give the job of locating Straus to Ed Cochran, onetime Almost-Director Of The FBI, group sex encounter enthusiast, and Season 2-era Donovan archenemy. He’s fallen far since even his last appearance, spurned by his new coworkers and muttering affirmations into a mirror at this desk. When he spots Ray’s name in the football documents, though, a wicked glint returns to his eye, and we begin to spy the show’s plan for the balance of Season 3.

A wedding reception held in the boxing gym must smell terrible, particularly if Teresa’s appraisal of the locker rooms has yet to be addressed.

The Donovans didn’t even get a courtesy bridesmaid slot!

In his life as a pimp, Daryll goes by the name ”Sugar Ray,“ which draws on a confusing melange of connotations including (but not limited to) boxing history and late 90’s radio rock.

Having been recently and violently excommunicated from the church, the Donovan boys can’t rightly take communion, but they all do anyway, highlighting the stratospheric stakes of the recently-concluded Father Romero Caper.

Gangster Pro Tips: Do not allow the local recalcitrant pimp to interrupt a meeting with an important Russian crimelord. Further, do not hand this pimp a stack of Polaroids of near-dead sex slaves. Above all, do not let this pimp take these Polaroids to a windowless van in the parking lot.

Mickey made the mistake of assuming that the sting operation was going to take all day! As it turned out, he had time enough to arrange his escape to Mexico, to allow one of his sons to be captured by a SWAT team, to be hunted down by another of his sons, to surrender himself to the police, to attend both the sting operation and the post-sting debriefing session, and to still enjoy a fair amount of the reception! Lesson: never be afraid to ask practical questions of your superiors.

“In three days I’m supposed to buy sex slaves off a cargo container in San Pedro.” We’ve all been there, brother.

Trip Advisor gives The Hotel Octopus Inn average marks for cleanliness and room size, but it is located in Raipur, India, which is further afield than Mickey intended to flee. 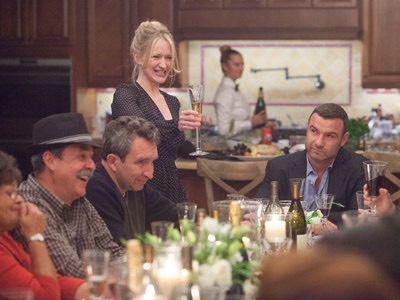