On September 11, 2001, I had just started my first week of middle school in Randolph, NJ, a suburb about an hour northwest of New York City. I remember a voice coming over the loudspeaker early in the day, telling us that if our parents worked in New York, we were not to go home when school ended.

All day, parents kept coming early to pick up their children. No one told us what was wrong. No one told us that two planes had crashed into the Twin Towers, filling New York City with  dust. We were just children, after all. No one wanted hysteria.

I remember getting on the bus that afternoon and hearing whispers from the older kids about what had happened. I remember seeing my grandfather standing morosely at the bus stop to get me. I remember watching the footage over and over all night on T.V. as we waited for my parents to get home. They worked in Hudson County, where you could see the smoke.

Everyone has a story from that day. PolitickerNJ asked some elected officials where they were 14 years ago, how it shaped their careers and the impact they think it had on New Jersey. On September 10th I spent the day in New York—I was at the World Trade Center 24 hours before. I remember it well.

Newark has a clear view of the buildings in Manhattan, especially where I lived in Brick Towers. There were people crowded in the streets on High Street and Martin Luther King Boulevard, watching what was going on. The aftermath was horrendous.  I had friends that worked in that area.  One of my childhood best friends died in one of the towers that day.

We lost a lot of good New Jerseyans, many of them brave first responders who served and died selflessly.  Thinking about it now, that day still evokes such raw emotion and sadness because it left an indelible mark on our state. The days and years that have followed are a true reflection of American resiliency and strength. 9/11 will be remembered for generations to come as a time people pulled together and refused to be broken by the viciousness of that terrorist attack and ultimately, it helped our region and nation stand strong together.

Senator Robert Menendez (then the congressman from District 13)

I’ll never forget that day in Washington. Congressmen gathered on the steps of the Capitol, joined hands and sang ‘God Bless America.’ I’ll never forget the headline that ran on the front page of La Monde in Paris that read: ‘We Are All Americans.’ Our lives changed that day.  Our understanding of the world also changed. The memories we carry with us of that beautiful, clear, September morning 14 years ago were a turning point for America and the Middle East.

“Now, 14 years later, we still remember. But, most of all we remember the 2,974 people who died. We remember their families and the courage and service of the first responders.

I don’t think anybody forgets where they were on that day. I was in the car with my father. There wasn’t a cloud in the sky. On the radio there was a report that a plane flew into the World Trade Center. When I went to my office I turned on the TV and I saw the second airplane hit the second tower. It was like ‘Oh my god. What happened?’

I was the freeholder director at the time and we had a senior picnic that was right across from the Philadelphia Airport. I will never forget that there weren’t any planes flying. You would always see planes take off and land. It was an eerie feeling, really a scary feeling.

I was so impressed. In Gloucester County all of our emergency responders assembled at the Deptford Mall in Deptford New Jersey. I mean ambulances, firetrucks, police officers to all head up to New York City. I was so proud of the people of New Jersey and the way the responded. There was an enormous sense of pride that in the face of such a great tragedy, New Jersey stepped up. On the morning of 9/11, I was working in Lower Manhattan, a couple blocks away from the Twin Towers. I was an analyst at Goldman Sachs. I wasn’t very political back then. Actually, I’m embarrassed to say: I wasn’t even registered to vote.

If you had asked me that morning, “What are you going to do with your life,” I would have told you I was lucky to be in a job where I could make a ton of money. I would have said I’d be there for my entire career.

But then the first plane hit the tower. I remember that our building at 1 NY Plaza shook. It was only a few blocks away.

That morning changed so many lives. And it changed the trajectory of my life. My entire focus changed. I didn’t care about the empty things—money, for example—that I once had thought mattered at Goldman Sachs.

I told my managers at Goldman that I was going to leave. I said I was enlisting in the Marine Corps. They thought I was crazy. Several months later I was in boot camp in Parris Island, South Carolina. Several months after that, I was among the first wave of troops in Iraq.

Prior to 9/11 I took much for granted. Since then, I’ve realized: We have so much to be grateful for in this country.

When 9/11 hit I was on my way to Trenton. I am a Vietnam veteran and to me it was a horrific day. It has changed everybody’s take on how we should be more protective and watchful of our communities and our surroundings. And it certainly changed legislation and funding for the country as well as for the state.

It was a bad thing. People lost family members. So things changed.

State Senator Jon Bramnick (then working as an attorney)

I was in my law office that day. Other than president Kennedy being shot when I was in 5th grade, it is probably the most significant event I have experienced. It was something that you would never ever ever forget and similar to my dad talking about Pearl Harbor and how that was just a shock to America.

To me, I have never lost the emotion of that day. I can still feel the emotions of that day. It is like ripping into the guts of America. Everyone I know either cried or felt like crying. Even talking about it now is emotional. When you think about that day it is an emotionally moving moment every time I think about it.

I would hope that the feelings that we had after September 11 where people looked at each other and needed each other would be the common experience in New Jersey and I don’t think that it is. I think it is unfortunate that we don’t live every day looking at each other as we did in the days after the World Trade Center. I don’t think anybody thought about politics or Republican or Democrat or us vs. them and we need much more of that.

It is hard to believe that 14 years have gone by. At the time, I heard the news I was getting dressed—I was going to speak to one of the high school classes in my district—when my daughter called. She was upset and she said, ‘Put on the T.V.’ I turned on the news and saw that the first plane had hit the World Trade Center building. I was watching and she said ‘They had an accident.’ The next thing you knew, another plane hit the World Trade Center building and I said ‘That was not an accident. Not two.’

I did go off to that class and it was a very very gloomy day. Many of those kids wanted to do something to get even. I remember looking at them and saying, ‘Get even? We don’t even know who did it.’

I was in Atlantic City. I was a part of leadership New Jersey. When the news hit, I made an effort to get back to North Jersey. I remember that there was no cell tower communication and I had infants in daycare so that was terrifying. We couldn’t communicate.

I think it raised our level of compassion and our commitment in the state based on those who responded.

State Senator Sam Thompson (then an assemblyman for district 13)

I was driving to a town hall here in Old Bridge and I was in the parking lot when I heard that the plane had crashed into the World Trade center. At my age, I recalled the occasion when a plane crashed into the Empire State Building, back closer to WWII. That was my first thought, what happened at that time. This was far more of a tragedy. I think it changed people’s lives a great deal. It brought to reality the vulnerability that we do have and the threats that are out there every day.

Certainly for that moment, it did bring the people back together as they had not been in a very long time. That is one little positive aspect. It did have impacts, no questions. Being so close here, so many friends and relatives and people that people knew were impacted. It is something that people will carry with them with the rest of their lives. I was driving down Bloomfield Avenue listening to Hot 97 when an anchor came on and interrupted the radio. I thought it was a joke. I had been so wrapped up in, now that I think of it, minuscule, material things.

I was working for the Freeholder president then, who is now the county executive, and when I got to work, I got access to a T.V. I was watching with a friend of mine who was an attorney and we were trying to figure out what we were going to do because we were in a government building. My father was just insistently calling me every ten minutes to leave. A lot of family members for individuals who were working in government that day, I think, were very worried.

One of the other vivid memories I have is that days after that they asked everyone to light a candle or leave their porch light on. It was very compelling to see New Jerseyans and Americans unite.

We will forever have been changed. We realized that we are vulnerable. 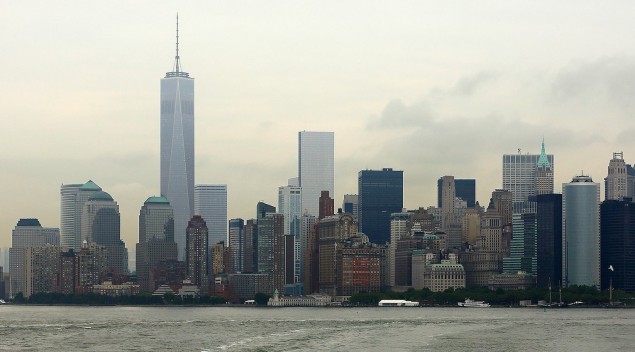