Rendering of Pier 55 by Heatherwick Studio.

The Hudson River Park Trust’s deal allowing media mogul Barry Diller to erect a “Billionaire’s Island” theater at Pier 55 in Chelsea—instead of reconstructing Pier 54, as the Trust told New York State’s legislature it would—is a bad idea and one that was hatched in secrecy.

Contrary to the Observer’s recent editorial in support of the plan to plunk down a 2.7-acre platform in an area designated as an estuarine sanctuary, the Trust has turned its back on public participation, misled the state in seeking approval for the project, failed to identify the public funding necessary to build and maintain the park and allowed private interests to determine the future of public resources.

The City Club, a nonprofit which has a long history of preserving the quality of life in our city, is suing to require the project to undergo a proper environmental review and be approved by the State Legislature after an honest and robust disclosure of the project plan. The Trust staff and Mr. Diller’s representatives planned this project in secret for two years and then pushed it through in a two-month lightning round of public review.

rk Plan, by contrast, went through a two-year public planning process and a full Environmental Impact Review. That plan calls for Pier 54 to be rebuilt for historic vessels and interpretive exhibits celebrating the rich maritime history of Manhattan’s West Side. Pier 54 is steeped in history. The Carpathia landed at Pier 54 with survivors from the Titanic in 1912 and the Lusitania left on its ill-fated voyage from this pier in 1915. The island park project neglects to pay attention to notable vessels.

Both environmentally and in terms of public process, the approval of Pier 55 would set a terrible precedent for our public parks. 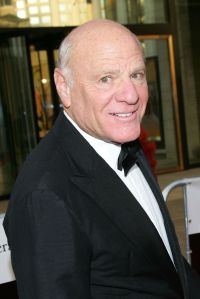 Pier55, Inc. would have tremendous discretion over the use of the new structure and in determining what to charge for tickets to 49 percent of the events held on the Island. The lease allows for private memberships and closing the entire pier to the public for private events.

The initial financing plan for the Hudson River Park included capturing a portion of the increase in the value of inboard real estate, which would appreciate significantly from a major public investment in building a park on this then-abandoned and neglected waterfront. The park has indeed significantly increased the value of adjacent property.

However, for the past 10 years, the Trust has stood by as the Bloomberg administration approved the construction of Hudson Yards, rezoned Hudson Square, and up-zoned the far West Side in Greenwich Village, Chelsea and Clinton, without securing any funding for the park.

That’s not a smart decision for the public interest given that thousands of new residents will heavily rely on the park for recreation and the developers involved are making billions.

The actual public investment in the park in the past 20 years is $363 million, about a half billion short of the number published in the Observer. The Trust has performed poorly in its stewardship of the West Side waterfront and failed to advocate for the primary source of long-term capital replacement funds—that is why the Trust ran a $4.6 million deficit last year.

It is high time someone got this listing ship back on course.