Romance is like alcohol. It can heal and it can hurt. It can create joy and it can create pain. It’s often responsible for some of the best and some of the worst moments of your life. It can obscure a terrible idea into a brilliant one; it can distort a terrible person into a fate-filled lover.

Romance is like alcohol. It invents emotions out of thin air. It can create a mirage of love; it can intoxicate us with an imagined happiness. It can generate anger and jealousy where none is deserved. It can bestow sadness and heartbreak when nothing is lost.

Romance is like alcohol. It feels really fucking good. Most of the time. But there’s usually a price to pay as soon as you sober up.

Romance is like alcohol in that it captivates us when we’re young. It intoxicates us and convinces us that what we’re experiencing is the only thing that is real, the only thing that matters. As we grow older and gain more experience, we learn to trust this feeling less and less, to understand that it comes and goes like anything else.

Romance is like alcohol — it can become an addiction, consuming us, destroying lives and ruining relationships with those closest to us. Some people can’t seem to get enough of it. They seek it out in the most unacceptable of places — their friend’s spouse, a young impressionable co-worker, or an ex that they can’t quite seem to let go of. They will lie, cheat, steal, and hurt others just to get one more fix of it, yet their behavior will always appear justified in their own mind.

Romance is like alcohol. If you refuse to take part in it, you’re probably a real bore at parties.

Romance is like alcohol in that it distorts time. A few seconds can feel like an eternity, while an entire weekend can disappear without any sense of what happened.

Romance is like religion. It can lead you into believing in some greater force that is either trying save you or destroy you, but you’re never sure which. It convinces you of childish superstitions for the simple sake of explaining what appears to be unexplainable on the surface.

Romance is like religion in that most people prefer to go through the motions and create the appearance of it rather than truly living it. Most people, when confronted with it, become shy or embarrassed and feel undeserving of the joys it can offer.

Romance is like religion in that others will make fun of you if you do it too much in public. “Get a room!” they’ll shout. As if praying at the altar of your lover’s lips in the clear of day were some public offense.

Romance is like religion in that it’s completely illogical, but that doesn’t stop people from giving their lives over to it.

Romance is like science in that you need to fuck up a few times before you know how to get it right. Failure is part of the process. Or rather, it’s the whole point.

Romance is like science in that no matter how many times you try to verify the experience, you can never be completely sure what exactly happened or what went wrong. You can know for certain either who you’re with or the emotion occurring between the two of you, but never both at the same time.

Romance is like alcohol in that we sometimes need it to get outside of ourselves, to feel and live and breathe and let ourselves simply be with others. It’s a chemical tool to surmount our own flawed psychology. An evolutionary trick to bind the cultures and societies that make us.

When I was young, I didn’t believe in romance. I treated it the same way I treated Santa Claus or the tooth fairy — sweet sentimentality overriding people’s otherwise right minds.

As you can probably guess, I was lonely and single. And ironically, despite all my musings about what romance was or wasn’t, my ignorance of the subject left me completely defenseless for the emotional shitshow that was my first serious relationship. Despite my ardent opposition to what romance was or wasn’t, I remained enslaved to it for years without ever realizing it.

Because this is the funny thing about romance: sometimes it hurts. This is by design. Sometimes all of the petty drama — the broken plates and slammed doors and tearful screams and shattered cell phone screens — is just as intoxicating to us as the most beautiful sunset, or the most heartfelt kisses.

And once I understood this, I understood what love really was and what it could be. Some greater thing, unaffected by the day-to-day gusts of my internal weathervane. Something so sturdy that it didn’t even matter if it sometimes felt bad.

I understood that I can make my emotions work for me, that they are the servant and I am their master, not the other way around. That they are not commandments as much as powerful recommendations. That just because I feel it, does not mean that it must be so.

I understood that romance is like alcohol, something to be used and enjoyed responsibly (and preferably not while driving). That it is a tool designed to make my life better, even at the risk of making it worse.

Because romance is like alcohol: sometimes you just want to go out and get drunk for a while. 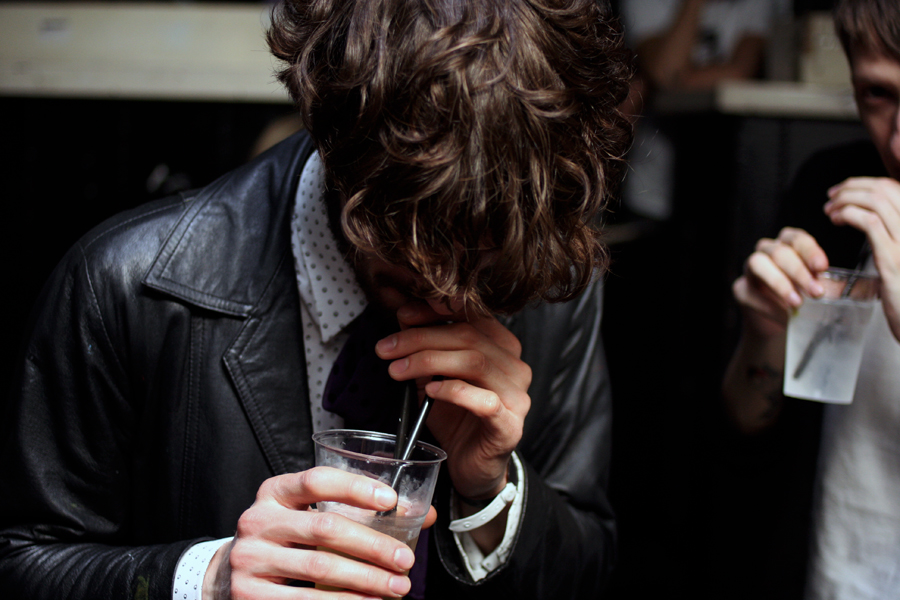