I first met Ruth Reichl 15 years ago at a White House reception hosted by the Clintons. The former restaurant critic and Gourmet top editor was gracious then and gracious the other morning, considering I turned up at her apartment earlier than expected and caught her barefoot. “Bagel and lox?” she offered, before we chatted about food and sex as well as her first cookbook in 40 years, My Kitchen Year: 136 Recipes That Saved My Life. Before I left, Ms. Reichl, who will speak at the 92nd Street Y with Martha Stewart on September 29, handed me an Esopus Spitzenburg—“Thomas Jefferson’s favorite apple,” she noted. And on the way down to her lobby, the elevator operator gave her a four-star review: “Nice lady.”

You write that you wanted readers “to take risks.” Tell me about a culinary risk that you’ve taken? Conventional wisdom says never—if you have guests coming over—cook something you’ve never cooked before. I’m constantly trying out new things. I had people over three nights ago, and they aren’t people that I even know particularly well. So I made eggplant soufflé.

A success? The soufflé was fantastic. The red pepper sauce that went with it wasn’t so great. People get so scared; everybody thinks they should be a chef. We’re not chefs, we’re cooks! And, the point is you get people around your table—not that you serve them “your perfect meal.”

Your book includes a recipe for matzah brei. How important was Jewish cuisine at your family’s table? It wasn’t. We had ham for breakfast every morning. There’s a reason the first chapter of my first book is called “The Queen of Mold.” My mother literally made people sick with her cooking, but matzah brei was one of the things she could cook, and she did it really well. So, it’s almost like my mother is cooking for me.

I’ve noticed a spate of kale jokes in recent years. Do you see mockery of healthy food as part of the country’s tradition of anti-intellectualism? I see it as anti-young, a backlash against these kids who see eating as an ethical act. To me, what’s happened with food is, we’re correcting 50 years of bad eating—and we’ve done it very quickly. Even 10 years ago, you didn’t have mainstream publications doing pieces about the horrors of confinement in animal facilities. 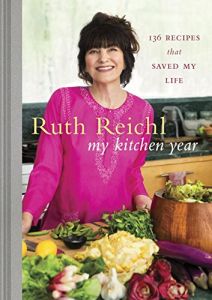 I’ve been married a long time. But I found that women who don’t eat dessert on dates were lousy lovers. I love that! People who love food are sensual people. There’s no question about that, and people who are more worried about their body image than they are about pleasure are probably not going to be great in bed.

Have you found that to be true? I haven’t had that much experience. In the ’60s, when nobody got married, I got married.

Your former newspaper gave your novel Delicious a harsh review, describing it as “verbal chloroform.” What meal would you serve that critic? Oh, God. Even mentioning it I feel humiliated. I would make him the best meal that I possibly could and try to have a civilized conversation with him. Look, I’ve written lots—lots—of bad reviews, and that’s your job to call it the way you see it.

Can you think of a review that you would like to take back? You called a strike but it was a ball? I’ve written a lot of really nasty reviews that I would stand by. The only time I ever did something that I thought was unfair, I actually re-reviewed it a year later. I was when Picholine first opened. Terrance Brennan was trying to do something that people weren’t doing then, which was to bring back whole fish that got boned at the table, and we had a very inept waitress doing it the first time. It so reminded me of being a waitress myself and having to do that, and I went off on that tangent.

I once wrote a very tough story about a philanthropist who removed his name off a plaque in Central Park because he thought it wasn’t big enough. One day at a conference I ended up in an elevator with him, and had a name tag on. He said something like, ‘You’ve shamed my family!” Have you had encounters with chefs that received bad reviews? Right after Tender at the Bone came out, I did a book signing in disguise at Rizzoli, and a man came up with a seven-year-old boy and said that he had been the chef at a restaurant I had really trashed, and that he’d been fired. It was a terrible restaurant that was beloved in New York, and I really I felt, ‘You should’ve been ashamed of the food you sent out, and maybe you should think about another [career].’ I didn’t say that, but in my head I was saying it. At the same time [I was] wincing because it was this guy with his little boy.

You went into a one-year funk after losing your job and used cooking as something of an anti-depressant. Why do you think our jobs are so critical to our identities? I mean, you had a great career previously, but it seemed like when this was ripped from you, it changed your identity.  This magazine survived almost seventy years, and it closed on my watch. Sixty-five people lost their jobs.I really felt like I had let my team down. In retrospect, it’s ridiculous. I don’t think that could have saved the magazine, but I felt like I should have done something.

I knew that it wasn’t my fault. I mean, it was like, you know, we were—editorially the magazine was doing better than it had ever done before, circulation was at its highest point in history and renewals were good, but I have to say I was also really scared. I was sixty-two years old. I thought, ‘What am I going to do now?’

What dish improved your mood after Condé Nast suddenly closed Gourmet? Coddled egg on potato puree. Get up in the morning and eat that, and it’s hard to feel too terrible. 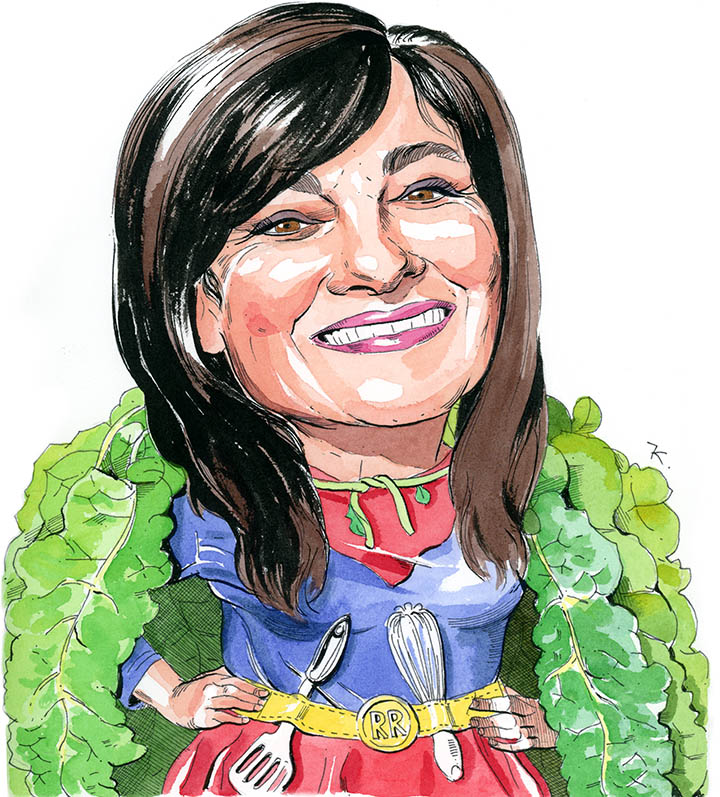