AMC, the same network that turned cult comic The Walking Dead into a cultural juggernaut, has officially greenlit Preacher, based on the comic series by writer Garth Ennis and artist Steve Dillon. The news comes from Seth Rogen, who Tweeted the series’ first poster. Mr. Rogen originally Tweeted the show would premiere May 2016, but quickly deleted it and followed with “*May not air in May…but sometime in 2016.” (UPDATE: Mr. Rogen has also since deleted his correction Tweet.)

Seth Rogen, and his long-time writing partner Evan Goldberg serve as executive producers. The Preacher pilot was written by Breaking Bad co-executive producer Sam Catlin, who will also serve as showrunner. The pilot, co-directed by Mr. Rogen and Mr. Goldberg, began filming back in May.

Preacher is going to be a tough TV adaptation, to say the least. Long-story short: small town preacher Jesse Custer is having a crisis of faith when the love child of an angel and a demon merges with his body. Jesse, who thanks to this entity now has the all-commanding “Word of God” in his voice, sets out on a journey to find God and ask Him why humanity is so shitty.

It’s weird, man. But that’s not the half of it. Preacher also includes bestiality, vampires, explicit violence and a character nicknamed Arseface because a suicide attempt left his face resembling a, um, arse. In fact, here are some set photos of AMC’s live-action Arseface. It’s tame compared to the original comic, trust me. 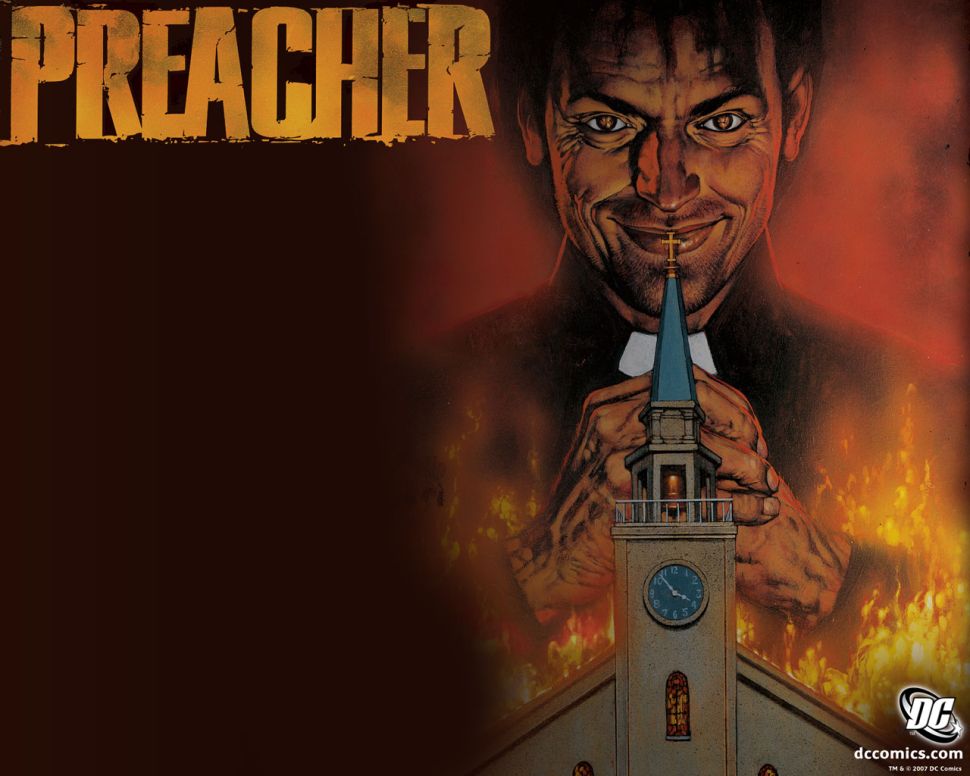