There was a time when simple soap, a splash of , a straight razor and a dousing of cologne were the cornerstones of a man’s grooming routine. Thankfully for men—and noses everywhere—that time has passed.

According to beauty biz insiders, the skincare category registering the highest growth in the past year is products for men. The bottom shelves once relegated to the male consumer have grown, adding tonics, beard elixirs and face tonics to the countertop real estate. That fact is echoed with the opening of shops including barber and apothecary Fellow Barber, which opened as F.S.C. Barber in 2006 but redoubled its efforts with a re-naming in 2013. Since then, the brand has expanded to five locations (three of those in New York City) and released an in-house line.

According to a Dollar Shave Club survey, most men would choose to stop aging after 31 and maintain the wizened but not-yet-aged look. Alas, with a trip to Neverland being a long shot, most guys must settle with products and methods closer to home. With the dry, cold air of fall creeping in, regimens are set for a change.

With the falling of leaves comes the inevitable growth of facial hair. While this was once thought of as a fairly lax endeavor, tending to a beard or mustache has quickly turned into a product-saturated niche.

Don’t wash your beard with your body soap. Just like you wouldn’t take that bar to the hair on your head, the growth on your chin deserves more care. Opt for dedicated beard soaps like the Original White Beard & Shave Soap from Hudson Made.

Do moisturize well. Hair becomes brittle and is prone to breakage when not properly moisturized, so rub on some beard oil like Tom Ford’s Neroli Portofino, available at his Madison Avenue store. The formula should provide shine and structure in addition to a subtle fragrance. If you have a longer, more unruly beard, go with a balm. Make sure to comb both balm and oil through with Baxter of California’s dedicated Beard Comb. 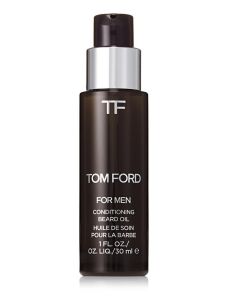 Sure, some guys like to get a little hairier in the colder weather but for some, that’s just not an option. For those who shave year-round, there are still a handful of new products to spruce up your regime.

Don’t forget to prep your skin. Colder weather means cold pores and rough skin. Open up your pores with a warm cloth and slather on a good pre-shave oil to protect your skin and provide moisture.

Do try out a new razor. Whether you’re just upgrading the experience with an option like Thom Browne’s 24-karat gold collaboration with Harry’s or going electric with the Art of Shaving’s first power razor (Lexington Power Razor), which features friction reducing micro pulses, everyone is due for a new experience.

Even though your skin may not be as oily as it was during those dog days of summer, that doesn’t mean it’s time to skimp out.

Don’t overdo it. It’s highly unlikely that you’ll need to exfoliate every day with a micro bead-filled formula. Instead deep cleanse once or twice a week with Malin + Goetz’s Detox Face Mask.

Do reach for extra tools. Sometimes your fingers aren’t enough. Foreo’s LUNA for Men pulses at warp speed, cleansing pores and leaving the skin’s surface smoother and rejuvenated for the day (or shave) ahead, without overdoing it.

The next time you’re putting on cologne (but never on the face, only the pulse points) think of it as a business card; what’s the lasting impression you want to leave? After all, smell is one of the senses most distinctly and strongly tied to memory.

Don’t forget everything else you’ve already done. If you’re using beard oil or some other scented product, skip out on dedicated cologne. If that’s not an option, at least sync up both scents from the same olfactory family.

Do try something new. Take a trip down to the newly opened Hermès fragrance boutique in Brookfield Place and try something new or take a spin at a small apothecary. From the luxury brands with new releases try out BOSS The Scent by Hugo Boss (rum and vertier balance each other here) or Dior’s latest iteration of their 1966 Sauvage classic, now fronted by Johnny Depp.

For the Forgotten Parts

With busy lives, things often slip through the cracks but with skincare, anti-aging is in the details.

Don’t overlook your eyes. It’s quite easy to do, but in addition to being windows to the soul, eyes can be uncanny barometers of just how tired or dehydrated you are. Pop on Rob Lowe’s REVIVE Under Eye Rescue formulation from his Profile 4 Men grooming line to remedy that situation.

Do pay careful attention to your lips and hands. With your lips being composed of some of your body’s thinnest skin, and your hands ripe for exposure, pick up the Malin + Goetz lip moisturizer and Kiehl’s Ultimate Strength Hand Salve to keep your bases covered, literally. 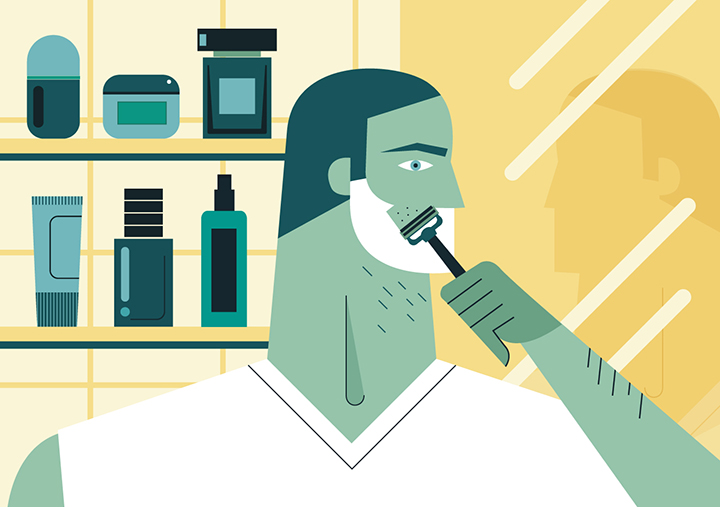