Sonny Mehta is editor-in-chief of Alfred A Knopf, the venerable Random House imprint that celebrates its centennial this week. In a recent chat, Mr. Mehta, 72, spoke softly, in an accent that reflects his upbringing as the son of an Indian diplomat, his years at Cambridge and a storied career in publishing. A dapper dresser, he wore a navy linen suit and a light blue chambray shirt. Mr. Mehta’s corner office was filled with books published under his watch, as well as personal objects like a stuffed bear with the word “Grandpa” embroidered on the foot. When I walked in, he put down his iPad, on which he said he was reading a “very entertaining” obituary of Jackie Collins in The Times of London.

In a 1999 Observer profile, you had just had triple bypass surgery and said that you had spent your summer vacation deciding whether life without cigarettes was worth living. So, is it? Did I say that? I must have been still a little surprised at being alive. I gave up for a while.

What made you start again? I came into the office one day and there was some kind of shitstorm happening. I said, “this is not worth it,” and bought a pack of cigarettes.

What brand do you smoke? American Spirit. Want one? It says, “smooth, mellow taste.”

Can you think of a book you were told not to publish, but did anyway? I actually don’t think we were ever told not to do anything. I think part of what’s been on our side is that we’ve remained consistently profitable. I’m not suggesting for a minute that we are the most profitable, but we are dependably profitable.

Have you had any difficulty adjusting to the 2013 merger between Penguin and Random House and can you compare it to the purchase of your parent company by Bertelsmann in 1998? So much has changed in our business. E-books, that’s been one of the principal developments. There has been also the failure of Borders and the rise of Amazon, just to name two others. I do remember the sense of things becoming larger and more corporate when Bertelsmann took over. And with this merger, things certainly got a whole lot larger, that’s for sure. But the first stages have gone through very uneventfully. Or maybe they have gotten more corporate and I just haven’t noticed.

Are you scared of Amazon? No, I use it. I use Amazon for books. I use Amazon for loads of other things. I regard Amazon as a source, as I think a lot of other people do. I have, from time to time, stopped using it for books, when they pissed me off about something—the negotiation with Hachette, for instance. I thought that was outrageous bullying, and I discontinued using Amazon for books. I did use it for socks, but I didn’t use it to buy books.

Well, for example, the one behind you. [Muse by Farrar, Straus and Giroux publisher Jonathan Galassi] Oh, but that’s a novel. It’s about a more innocent time. And I admire that a great deal. But do I enjoy reading books about book publishing? No! It’s intrinsically dull. A good part of the work is just reading a manuscript and coming to the office. I can’t imagine wanting to even read an article about book publishing. 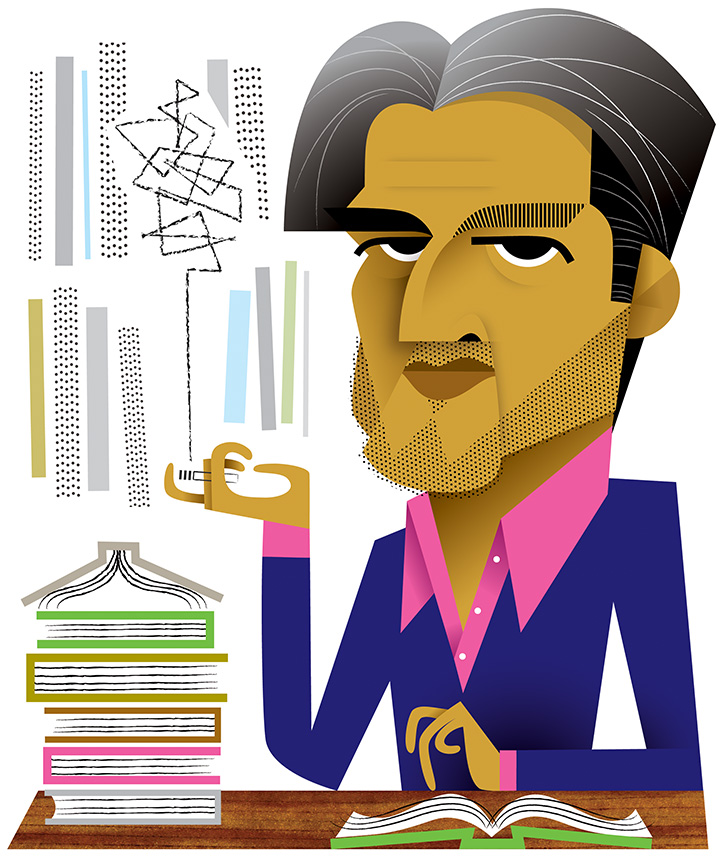