State Comptroller Thomas DiNapoli rankled the Metropolitan Transportation Authority today with a new audit that said the authority’s controversial decision to remove trash cans from subway stations did not necessarily make them any cleaner or cut down on the rodent population.

“There’s no doubt that removing garbage cans from subway stations saved work and possibly some money for the MTA,” Mr. DiNapoli, a Long Island Democrat, said. “It’s not clear that it met MTA’s goals of improving straphangers’ experience and making stations cleaner and there’s no evidence it reduced the number of rats in subway stations.”

“After four years the best one can say about this experiment is that it’s inconclusive, except for the fact that riders have a harder time finding a trash can,” he added.

In 2011, the MTA launched a pilot program to try to cut down on overflowing, exposed trash bags and keep rodents from feeding on the garbage. Rolled out in three phases, the program was viewed as a success by the MTA as recently as last month.  The authority said it would continue to study the effects of the program for another 6-12 months.

But Mr. DiNapoli took issue with the MTA’s assessment, arguing in his audit that the MTA didn’t do enough to gauge straphangers’ experiences with the reduced cans in the first two phases of the pilot program. Mr. DiNapoli also said the authority did not post a sufficient amount of signage to notify subway riders about the program.

In the second phase, the MTA reported that rodent activity dropped at the stations where the pilot program was implemented. However, based on the MTA’s rodent activity rating of 1 to 10, auditors found that 9 of the 10 stations in the pilot were at the lowest rat rating before the garbage cans were removed. The remaining station scored 5 out of 10 for rodent activity.

Mr. DiNapoli recommended the MTA “objectively assess” the results of the program and then decide whether to continue it.

A spokesman for the MTA, Kevin Ortiz, said the authority “wholeheartedly” disagreed with the audit, which he labeled “opinion.” He said the MTA had seen large reductions–66 percent in phase one and two, and 36 percent in phase three–in the number of trash bags collected.

“The three phases of the trash can removal pilot were effectively evaluated and the results support the originally stated goal to improve the customer experience in stations,” he said. “The less trash generated in the stations, the fewer the bags to be stored, collected and potentially exposed to customers. This also decreased the rodent population providing a better customer experience.” 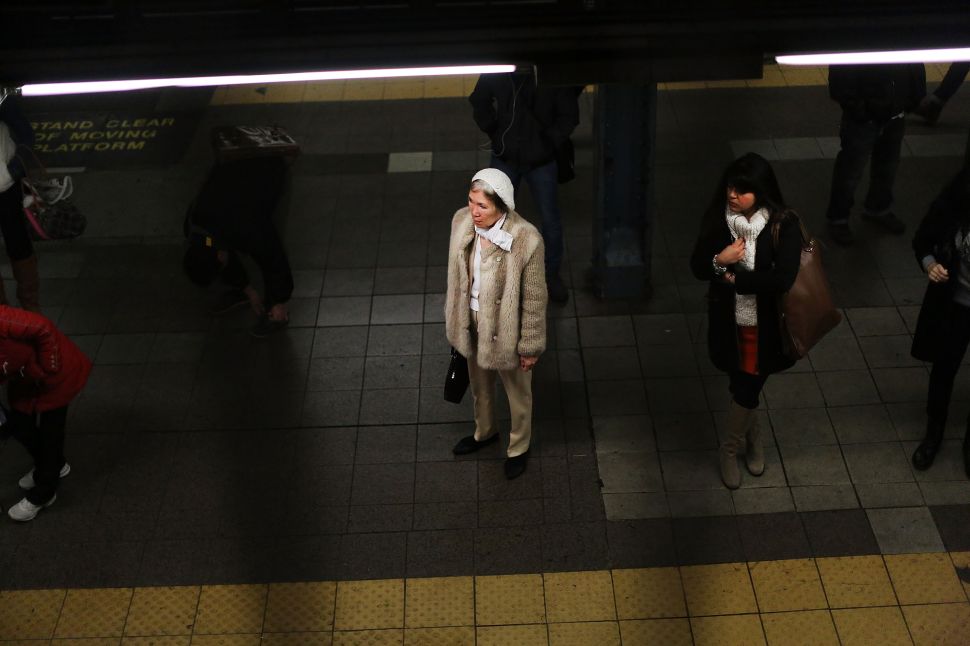