State Senate Co-Leader Jeffrey Klein said today he agreed with Metropolitan Transportation Authority Chairman Thomas Prendergast’s call for the city to chip in an extra $1.3 billion to for the transit system’s repair construction and repair fund—a request that Mayor Bill de Blasio has bristled at and city Comptroller Scott Stringer has called “insulting.”

Echoing the arguments of Mr. Prendergast—an appointee of Gov. Andrew Cuomo—Mr. Klein, a Bronx Democrat, pointed out that the city historically shouldered much of the burden of the MTA’s capital budget prior to its brush with municipal bankruptcy in the 1970s. The senator asserted that the city’s coffers are full enough for it to now resume a greater responsibility for maintenance of the trains, tracks and buses and projects like the 7-line extension.

“Of course, absolutely,” Mr. Klein told the Observer when asked if he believed the city should comply with Mr. Prendergast’s request, after an unrelated event in his Bronx district. “People forget that the city used to fund a lot of the MTA capital plan. But because of the fiscal crisis, that ended. Now, luckily, the city is flush with cash—not flush with cash, but they have a surplus, so does the state, and I think it should be funded.”

The city currently pays roughly $100 million a year into the capital fund—an annual stipend Mr. Prendergast asked be upped to $300 million every year going forward, on top of the extra billion he requested toward the most recent plan. The chairman requested the money on the eve of Mr. de Blasio’s announcement of his proposed budget for the city, a move some interpreted as an effort by the governor to undermine and embarrass the mayor.

The State Legislature closed its yearly session in June without allocating the full funding to the MTA’s five-year, $32 billion proposed capital plan, which covers not just the city’s transit system but also the Metro North trains and the Long Island Railroad. Mr. Klein said the money must be found when the State Senate and Assembly reconvene next year.

“It has to. We have to make sure that our Metro North system and the MTA are second to none. We have a lot of needs,” he said, heaping praise on Mr. Cuomo’s vision for the authority. “I do believe that the governor’s proposal is a very good one.”

That proposal includes a $1 billion initiative dear to Mr. Klein: four new Metro North train stations running down the borough’s eastern corridor, two of which would sit in his district and carry commuters into Penn Station. Mr. Klein, in coordination with Bronx Borough President Ruben Diaz Jr., produced a report in favor of the project in 2013 that asserted it would create 5,400 jobs and raise local property values by an average of $150,000.

Mr. Klein heads the Independent Democratic Conference, a five-member caucus which has had a co-leadership arrangement with the dominant State Senate GOP since 2012. 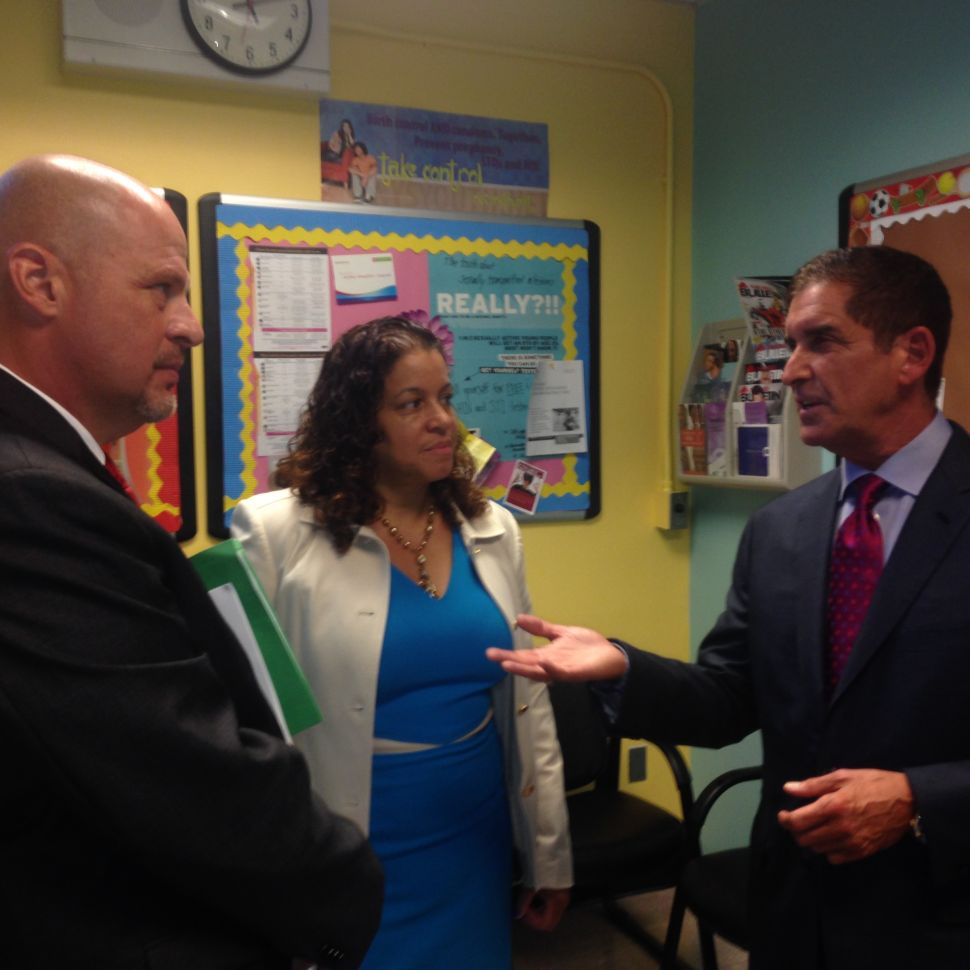