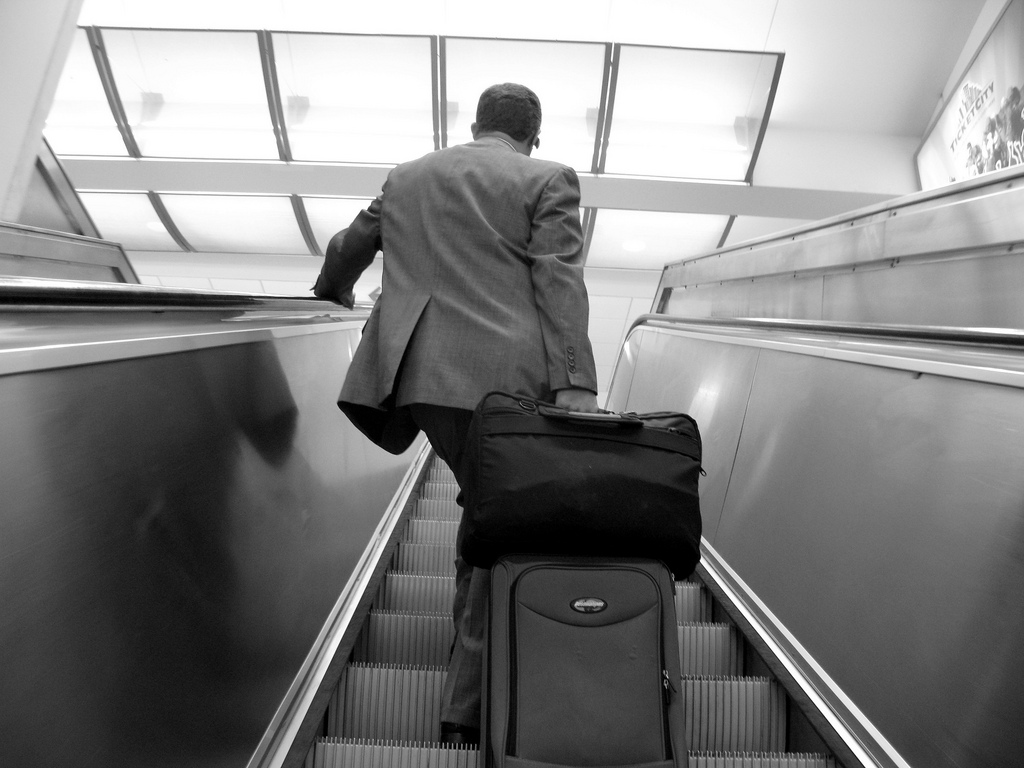 By the time 2015 comes to a close, I will have traveled to nine countries and numerous cities. I’ve hung out on the beaches of Tel Aviv and hugged the corners of the streets of São Paulo. As I’m typing this, I’m sitting in my childhood bedroom in Northern California. And by the time this post goes up, I’ll be back in my apartment in Manhattan. Now I know what Jay Z meant when he rapped “my eyes bloodshot, but my jet don’t lag.”

And the best part is, this traveling, it’s all for work (that is, free).

Many of my friends are envious of my adventures. And I’d be jealous too, if I didn’t know the realities of business travel.

Despite what my Instagram posts or hilarious (at least I think they’re funny) Facebook updates may indicate, business travel isn’t luxurious. It’s romantic to think of myself as a modern day hispanic James Bond, jet-setting from location to location, romancing exotic women and holding high stakes meetings on the roofs of prestigious international hotels.

But in reality, most of my travel is nothing but back to back to back meetings, conferences and speaking engagements. And then on top of that, when I get back to my room, I have to do my normal day to day work that I get paid for.

Not exactly the mid 90’s Bad Boy video you were envisioning.

As if that wasn’t enough to quell my friends’ envy, a recent article from Fast Company highlights the drawbacks to business travel.

“[Business travel] has a wide range of physiological, psychological and emotional, and social consequences that are often overlooked, because being a ‘road warrior’ tends to get glamorized through marketing and social media,”

After two years of constant traveling for work, I can see how frequent flying can take a toll on one. But I’ve developed a set of rules that keep me productive and most importantly, sane. Here’s the code I follow:

Being on a plane dehydrates your body. You’re in an enclosed space, breathing in recycled air. And unless you’re flying first class or smuggled a 2 liter bottle of water past customs in Costa Rica, you’ll be at the mercy of flight attendants for water. So why would you booze to add to that? Drinking not only dehydrates you, but it weakens your immune system. I once flew hungover from Tel Aviv to San Francisco, and it was the worst experience of my life. Never again.

So if that means that I won’t be joining for happy hour after the office or hitting the bars on a Friday night, that’s fine. I’m more concerned with making the most out of my trip and not being hungover 33% of the time or susceptible to sickness.

2. Eat The Same Things. Over and Over.

A few weeks ago I was in Mexico City. I was running late for dinner so I asked my co-worker…and co-friend if she could order the usual for me.

Yep. Chicken and veggies. I’ve become the butt of jokes for my simple diet, but eating the same things keeps my body from having to deal with additional stress. Furthermore, I try to eat healthy, even at the cost of running late to meetings or being picky about restaurants. On an earlier trip to Mexico, I got incredibly sick from street food (see what happens when you break your code?) and almost threw up on stage the next day. I’m not saying eating the same things over and over will prevent that from happening, but it’s really hard to mess up chicken.

I hit the gym on a regular basis. And before my knee surgery I would play soccer. So I try to translate my exercise habits across time zones. There is no reason why you can’t find twenty minutes a day to do something physical. It keeps your body moving and lifting weights has actually been shown to decrease jet-lag.

Even if I’m not near a gym, I can still exercise in my room. My buddy Adam from MyBodyTutor drew me up a nice travel workout that I still use when space and equipment is limited. A typical workout contains push ups, air squats, burpees, crunches and jump rope; all things that you can in the confines of a small hotel room or in the absence of a gym.

If I’m traveling, it’s because of an important client meeting. But at the risk of sounding like Drake, the most important meeting is with myself. I always take my running shoes and hit the city for a nice jog. It clears my head and gets me ready to take on the day, even in a foreign language.

“Routine, to an intelligent man, is a sign of ambition.” W. H. Auden.

Most people hate routine. That’s why they’ll never amount to anything. But as Auden tells us, routine shows ambition. And on the road, it can keep you sane. No matter where you go, you keep some things constant from your normal day to day. For me that means waking up around 6, penning my morning pages, reading a bit and checking my phone to see what girls didn’t text me back.

Some people, colleagues included, see travel as an excuse to let go of their routine and go wild for the night (or week). But that beats you down and makes you susceptible to stress, fatigue and sickness. In two years, I can count on one hand the number of times I’ve been sick during or after a trip. The last time was almost a year ago and it was only a cold.

Most importantly, routine keeps you grounded. In a wonderful video series about Stoicism, the professor comments that  “…the Stoic man has made his life consistent with nature. And nature is everywhere, it exists in every place and time..so the Stoic man is never any place, but home.”

In keeping the majority of your routine intact while traveling, you are in a sense, always at home. And since we’re most productive at home, nothing is going to change when you hit the airport or a new city. It’s just you, there.

Business travel isn’t all that’s it’s cracked up to be. And now with health risks attached to it, it may be even less glamorous. But if you follow a system, a routine then there is no reason why you can’t enjoy yourself. You may even be able to “…touch down and take off  the same night.”
Eric M. Ruiz oversees sales and strategy in LatAm for Waze, the Social GPS and Navigation app that was acquired by Google in 2013. A native of Modesto, Calif., Eric now resides in NYC and struggles to find decent Mexican food. When he’s not in Latin America, Eric can be found reading, writing or yelling at his TV while watching soccer. Views and opinions are his own. 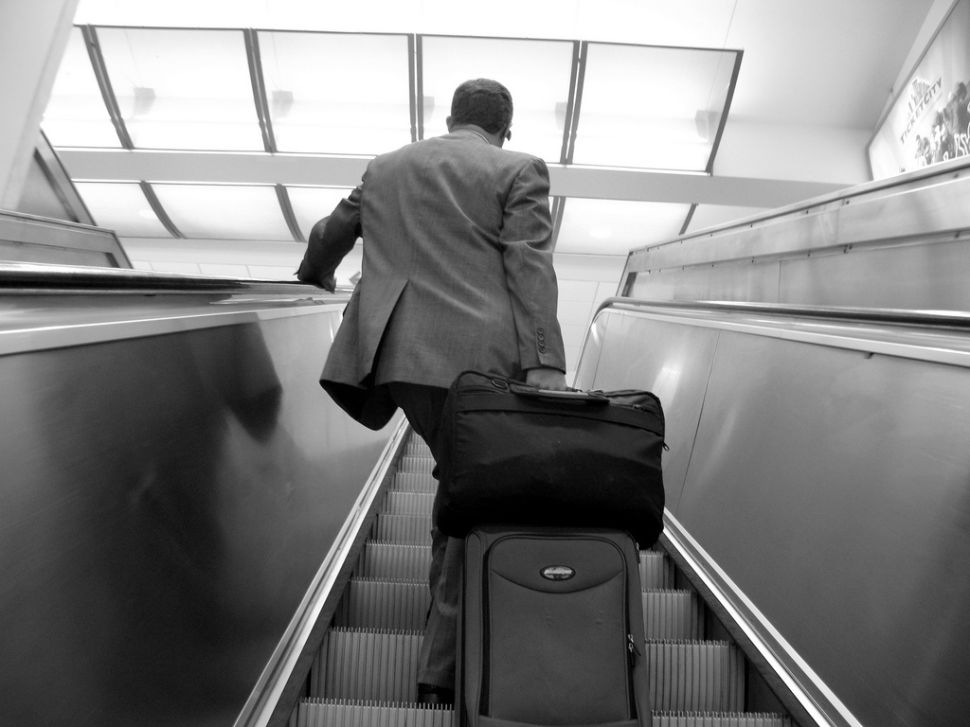