Last weekend a very stupid and very Brooklyn thing took place at the Masonic Temple in Fort Greene. A crowd of 300 or so gathered for a “participatory” performance of The Rite of Spring, Stravinsky’s 1913 orchestral work. It was called, no joke, the Rite of Spring Dance Party.

Famously, as you probably know, the music in combination with the original choreography by Vaslav Nijinsky caused a riot upon its first performance in Paris (the 53-minute performance follows the selection and death of a virgin). The pulsing and pounding of feet and instruments surely reminded people of fucking, and how life is short and horrible and we are animals. They didn’t like that. Even the French.

Now apparently even Stravinsky can be repackaged for the 20-something Brooklynite and no one else.

Since then, the score, one of Stravinsky’s most avant-garde, has been hailed as a masterpiece, though it is admittedly both difficult to play and to process (as is often the case with avant-garde things).

Others have re-done Nijinsky’s choreography, too, in the last hundred years. Modern dance’s godfather Paul Taylor made a critically acclaimed version; the Royal Ballet used Leonide Massine’s choreography. Some reconstructions of the Nijinsky version and others are still performed by a variety of world-class dance companies.

Now, The Rite of Spring is an important piece of music and a thing I’ve enjoyed listening to and dancing to (on a fucking stage, to be clear). And I’m no hater when it comes to “participatory” art, either. But the two don’t go together. No one can dance to, perform or properly hear The Rite of Spring if anyone is clapping or stomping. The time signature is constantly flocculating. Some of it is in a 13. How can you even tell what’s going on with this hard-to-process piece of music if people are “participating”? How do the musicians count this beast of a score, which also has sections in 7 and 5 signatures, if I recall.

Yet this is apparently what went down at the Masonic Temple:

“[The audience] swayed and thrashed about, clapped along, formed a conga line, and even crowd-surfed in a rambunctious pageant seemingly reminiscent of a late-night rave, complete with an open bar and fluttering glow-sticks.”

In fairness, the organizers had thought about this—a little. They asked the “participants” not to stomp. O.K., sure. But they did stomp. But, more important, why was this done to begin with? Why take a historic piece of music and Brooklynify it by adding booze and talking about it with MFA words?

Why take a historic piece of music and Brooklynify it by adding booze and talking about it with MFA words?

There are some things that are meant to be seen on a proscenium stage, or enjoyed within the confines of the traditional arts consumption environment. Some art goes on walls; some music should be played by the Philharmonic. There are also things that call for booze and participation—those are different things, and I love them too.

Mosh pits to Stravinsky is just…stupid. I get if you’re moved by the music. But this isn’t a Phish concert, folks. If you were moved to “sway” by this music about the ritual sacrifice of an innocent, I don’t know what your problem is. Go to a Slayer concert, maybe?

But this Brooklynning—wherein we take something that was fine or even good, and distill it into something hip or exclusive—is all around. It started with our food. Want just a coffee from Gorilla? No luck, it’s all pour over or cold brew and you better have 10 minutes to wait for it. Ask for a well whiskey at Morgan’s BBQ? You’ll be informed that they serve only American-produced bourbon and “what flavor profile would you like?” When you asked for the fucking well. Then it hit music festivals. And now apparently even Stravinsky can be repackaged for the 20-something Brooklynite and no one else.

This monoculture is just as disturbing and stupid as any other. Just because it uses the buzzwords of a generation, or involves me getting to drink an excellent small batch whiskey (which is nice) doesn’t make it less stifling. 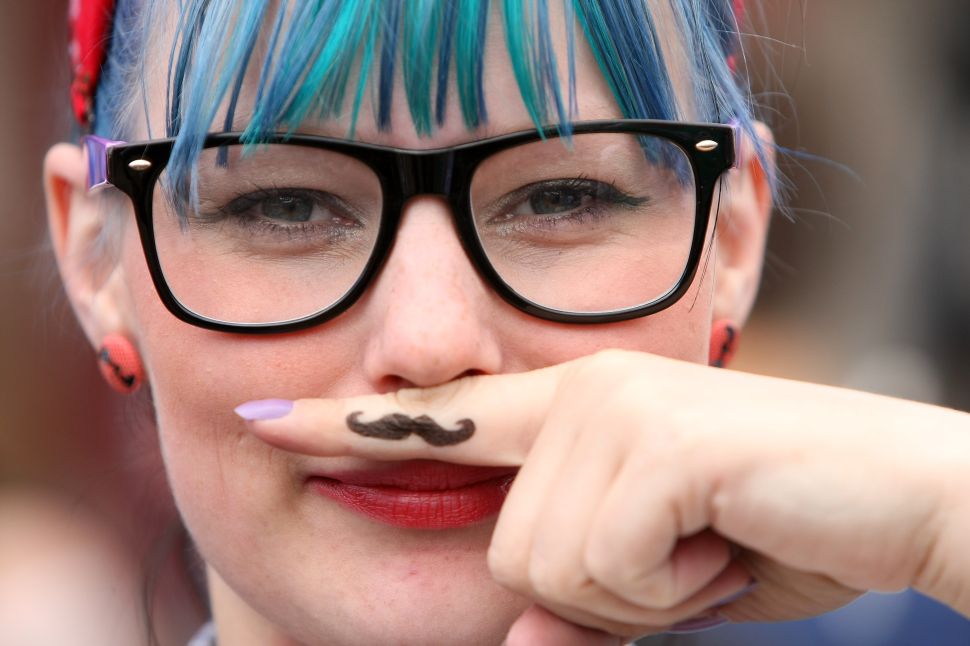