In 2011, I was casting around for the subject of my next biography when my literary agent, Edward Hibbert, suggested Sue Mengers, the celebrated, groundbreaking Hollywood agent of the 1970s and ’80s.

At first I hesitated. I had pegged Mengers as a rather superficial player in the Hollywood renaissance of the ’70s, and I wasn’t sure that her life had enough intrinsic “value” to merit a book. I had followed her triumphs as an agent back in her heyday in the ’70s and early ’80s, because a lot of ink was spilled on her. But because Sue was a behind-the-scenes figure, I couldn’t automatically plug into my own feelings about her body of work. More than I had with any of other books on Eileen Farrell, The Bennett sisters, Ethel Merman and Pauline Kael, with Mengers I would have to start from scratch.

What followed were two years of talking to both major and minor players in Sue’s life. Some interviews were as exciting as live stage performances. I asked comedienne Kathy Griffin a total of five questions, then sat back and listened as she launched into a rapid-fire, astonishingly complete portrait of her friendship with Sue. Peter Bogdanovich recalled his slow warm-up to Sue’s bulldozer businesswoman side. Cher told me a moving story about what it felt like to be the only unemployed guest at one of Sue’s famous dinners, while everyone else at the table was starring in a major studio film. Jacqueline Bisset remembered how Sue could intimidate her into accepting a film role that the actress wasn’t sure about by suggesting that if she didn’t do it, she would never get another offer. Fran Lebowitz remembered a trip to Israel in which Sue held Prime Minister Shimon Peres spellbound with her uncensored account of who was sleeping with whom in Hollywood.

Piece by piece, the recollections I was getting were forming a vivid tapestry of life in 1970s Hollywood, and it was now my job to make sure that I successfully transmitted this to the reader.

But when I begin the actual writing of a biography, something very specific happens, every time: I start to feel a profound personal identification with the subject that may have eluded me until the moment when I sit down to write the first chapter. I try to refrain from over-explaining, over-analyzing; I prefer that the reader participates in that process and does some of the work, based on the structure and psychological profile I have presented. But I do think a good biographer needs to make his own presence and concerns subtly felt behind the arc of the story he is telling. It’s almost like a form of the old Lee Strasberg “sense memory” exercise—drawing on your own past and feelings and hoping that—without ever intruding on the narrative— they will help give your subject the breath of life.

In Ethel Merman: A Life, it was Merman’s fierce work ethic that pulled me to her; in Pauline Kael: A Life in the Dark, it was Kael’s “outsider” status—a Westerner cracking through to the New York literary establishment—that turned the key. In Can I Go Now?, I connected instinctively with Sue Mengers’ penchant for saying what no one else in the room was willing to say.

Many agents are known for their sycophantic, anything-for-you-darling behavior and their breathtaking ability to enable their clients. What made Sue such a refreshing and captivating personality was her ability to stun people by looking them in the eye and telling them the truth about their careers and personal lives. Sue’s truths could be harsh and unyielding, even cruel, but always she felt that she was doing it for her clients’ own good. When Cybill Shepherd was offered a paltry $25,000 to play a role in Martin Scorsese’s Taxi Driver, Sue told her that her career was dead in the —that after the failures of her previous films, Daisy Miller and At Long Last Love, she was lucky to be getting $25,000.

Sue was also obsessed with her clients’ financial security—not surprising, given that she had begun her life in the U.S. as a penniless German refugee, fleeing the Nazis with her family. Continually Sue urged her “twinklies,” as she called them, to take movie roles that were being offered, even if they weren’t to their liking, because they needed to keep working, needed to keep making money and providing for the rainy day that inevitably lay ahead. It was part of the classic psychology of the displaced person: you’d better be ready for your world to collapse underneath you at any point.

Sue’s friends and clients had a deep loyalty to her, and she to them. This was my most surprising and welcome discovery as I made my way through the book. I prize my own friendships beyond measure, and I was thrilled to see that in Hollywood, famous for the way it cannibalizes its own, Sue inspired a rare loyalty. As I began my work, I had guessed that this quintessentially smart and funny girlie-girl was probably surrounded by a lot of gay male friends. I was intrigued to find that her closest friends were other women, some of the most talented and respected women of her own generation.

All of this was especially interesting because Sue dealt with those she cared about in the same way that her own scrutinizing mother, Ruth Mengers Sender, had dealt with her. Ruth felt that her daughter was in danger of reflecting poorly on her every time she left the house. Everything had to be perfect, her behavior and appearance beyond reproach. The rebellious Sue grew up as a breaker of rules: a woman who used four-letter words and openly chain-smoked pot in her office. She seemed to delight in shocking her mother—yet she craved her approval on a very deep level.

This was the point—at times an uncomfortably personal one–at which my own past converged with Sue’s. My mother, whose memories of growing up dirt-poor in the Depression never left her, was loving and highly intelligent, but also deeply critical, unwilling to give praise easily, and intensely worried about how I presented myself. It was the moment at which Sue’s story became for me not just a matter of depicting Hollywood in the 1970s, of showing the artistic and financial highs and lows of her clients’ careers. It was the moment when I understood her on a deeper level, sensing—despite the enormous differences in our lives and personalities—what it may have been like to be her.

Brian Kellow is the author of CAN I GO NOW? and PAULINE KAEL: A LIFE IN THE DARK. Follow him on twitter: @BKellowWriter 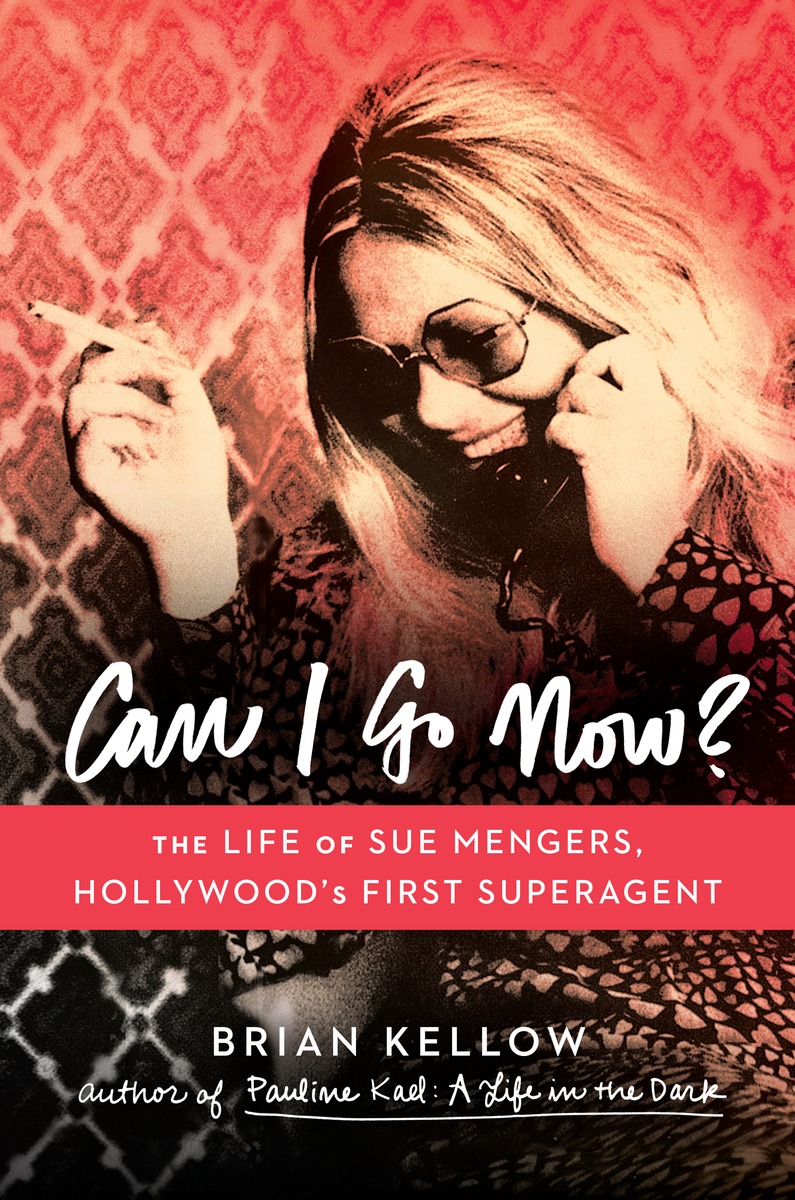