TRENTON – In a bipartisan effort, Senate President Steve Sweeney announced six legislative proposals aimed at helping to improve the performance of county government while not increasing the property tax burden. The bills—which aim to find alternate sources of revenue to improve county services—include a $5 increase to court fees and a one percent tax on hotels.

“I went along with my colleagues—both republicans and democrats—to counties to come up with these bills,” said Sweeney as he stood in front of a crowd of lawmakers in the New Jersey Statehouse. “These are bills that we actually think will make a difference.”

Sweeney explained that input was taken from the county officials to “get their direct input on challenges they face and identify actions that can be taken to help improve the efficiency and effectiveness of county government.”

That input resulted in the six following bill proposals:

With New Jersey’s property taxes being the highest in the country, county officials stress the importance of keeping the state affordable both for taxpayers and municipalities.

“For years, my administration has been lobbying the state for a fair funding formula to help pay for state mandated functions,” said DiVincenzo. “This package of bills being advanced by Senate President Sweeney answers our call to create new sources of recurring revenue without placing additional burden on property tax payers.” 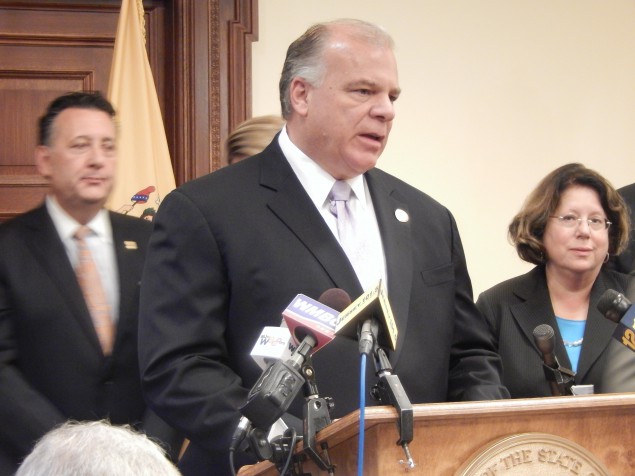