I read Ta-Nehisi Coates’ bombshell new book, Between the World and Me, with fascination. As a privileged white male, I wanted to better understand the experience of being a black man in American society. I stayed up until three in the morning reading every word. But I was left feeling unsettled about the messages Mr. Coates was conveying to his 15-year-old son.

As a Jew, I have been the recipient of a steady stream of persecution narratives. At Hebrew school as a child in the late ‘80s and early ‘90s, I had Holocaust education drilled into me, and read tales of the destruction of the ancient Temples in Jerusalem. In my late teens, by which time educational decisions were my own, I visited Nazi concentration camps and read Isaak Babel stories of pogroms. I sought out these narratives to better understand my heritage, but also grew wary of being overburdened by a bombardment of such dismal messages, including from within my own family. My Great-Aunt Jay would speak of Jewish persecution all the time. She experienced it growing up in rural New Jersey in the 1920s, where Jews were taunted and bullied. She narrowly avoided the snare of quotas: due to her extraordinary academic talents, she was accepted to Barnard College in 1925, where the university dean was an open anti-Semite and unofficially limited the number of Jews at the school. And Aunt Jay’s political views reflected this past: rabidly pro-Zionist until her death in 2013 at age 104, she frequently brushed aside claims of Palestinian persecution, pointing to greater injustices she believed Jews had faced. This kind of narrow focus on one’s own past grievances infects Jewish political discourse deeply today, from the West Bank and Gaza to the Iranian nuclear deal. No matter how far into the past the Holocaust or the Yom Kippur War recede, for many the threats to Jews are ever-present and unremitting, viewpoints that don’t always serve us as Jews.

It is hard to know when it is fitting to harken back to historical analogues when evaluating threats of persecution in the present. For me, having lived in Russia and France, where acute anti-Semitism still thrives and where I have, at times, concealed my Judaism and Jewish roots in public, this issue is not an abstraction. I have tried to settle upon the following delicate and unstable balance: to accept one’s ethnocultural heritage but not be crippled by it; to remember and forget at the same time. What does this mean? We all know that we must remember because those who forget history are doomed to repeat it. We also must be wise to the present, and not be blasé toward perhaps diminished but nevertheless virulent threats. Nor should we give oppressive individuals, institutions, and societies a free pass.

Ta-Nehisi Coates remembers history and knows threats better than most. Having grown up in the ghetto of Baltimore, his personal memories and experiences have seared an indelible impression on him of our national race relations, and informed his trenchant exploration of past and present injustice. And yet in Between the World and Me, Mr. Coates remembers and perceives a very one-sided view of black history in America: the negatives without the positives. How could he see only the suffering of the civil rights marchers, and not their redemption in victories securing rights and privileges previous generations of African-Americans could only dream of?

Comparing blacks to Jews is far from an apples-to-apples comparison. Blacks faced, and continue to face, obstacles in the U.S. that Jews do not and never did. On the streets of Harlem, my neighbors are profiled by law enforcement daily in a way I am not. But Jews and blacks have been united since the civil rights movement, seeing themselves in each other’s struggles for equality and against second-class treatment. That’s, in part, what drew me to the book: this braided history. Not so long ago, Jews faced their own exclusion from social institutions, quotas in colleges and universities, lived in their own ghettoes, and came to this country with nothing but the shirts on their backs, chased out of Europe by murderous pogroms and Nazis.

For a generation —whether black, Jewish, or both—to forge its future, it needs to look ahead, and not just behind. So how do we transmit a difficult history without burdening future generations with the past, and allow them to capture and live a new reality? I don’t have the answer, but I think it’s a worthy question for all persecuted minority groups.

Like Mr. Coates, I live in Harlem. What I see when I go outside here is that our majority-minority and multi-ethnic neighborhood defies easy stereotypes. On a typical walk to the supermarket I pass women in chadors, Chinese immigrants, wealthy and working-class blacks, hipsters, the homeless, Puerto Ricans, and community gardeners. In other words, I live, as Mr. Coates does, in a 21st century American melting pot where many different ethnic, cultural and socioeconomic groups live side by side, by and large harmoniously. Why didn’t Mr. Coates impart any of this narrative or reality to his son, one that he no doubt sees on a daily basis? Perhaps it’s because, like my Aunt Jay did, he clings to the past, where our heritage can haunt us rather than leaving room for the new reality.

After finishing the book, I felt for Mr. Coates’ son, Samori, on account of the cultural baggage that his father foisted on him. I was left suspecting that Mr. Coates’ negative torrent, with scant mitigating messages of nuance and hope, has done Samori a disservice. I wondered, as I did growing up hearing so much about the persecution of the Jews, how can we acknowledge but not be overcome by this baggage?

Mr. Coates is not blind to the promise of the next generation to transcend some of what ailed his. In fact, in the book, he marvels at his son’s lack of self-conscious fear and restraint in the company of other races. His son’s childhood is marked by confidence and the presence of non-blacks so starkly absent from his own. Why would Mr. Coates want his son to acquire the paralyzing fear that he possesses himself? Is it helpful to stress to his son that the epidemic of police brutality is the sole defining reality of black male young adulthood in America, to the exclusion of the hope and possibility for black men that Mr. Coates himself embodies? Mr. Coates’ manifesto led me to think of the words of Samuel Pisar, the recently deceased Holocaust survivor, advisor to JFK, and recipient of the Legion d’honneur, who said of his childhood horrors, “I muted the past [and] turned to the future with a vengeance.” While we can debate how much, if any, to mute the past, we, like Mr. Pisar and Mr. Coates himself, owe ourselves and our children to seek the courage and hope to overcome—and expunge for good—the handicaps of our past and present life circumstances, in the pursuit of a better future. 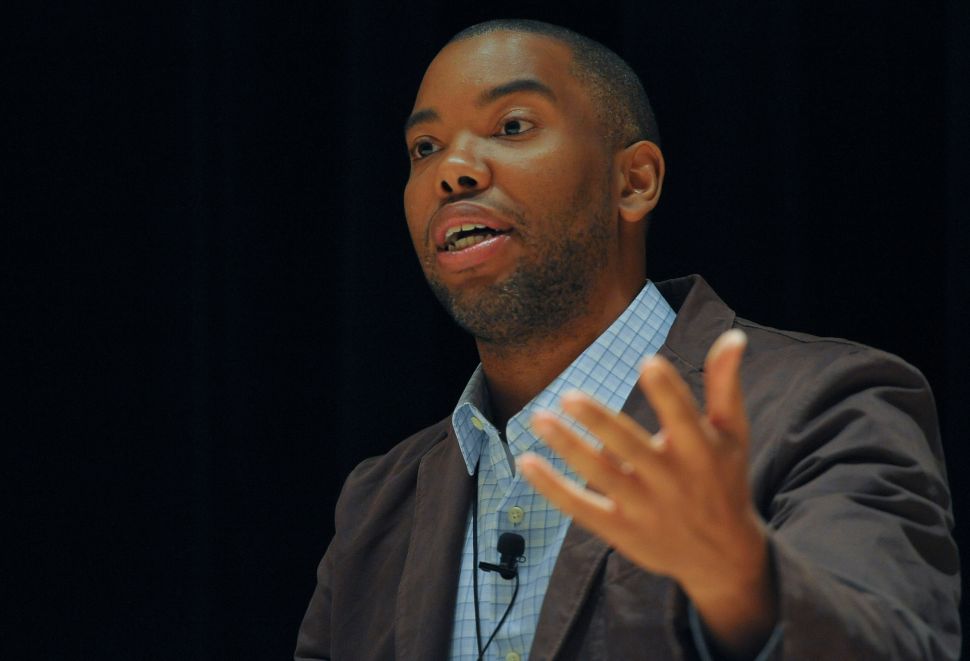