As with most things in life, wandering away from the glare of what’s most popular provides a glimpse of reality: country music is just fine.

Call it the headline that launched a thousand think pieces. Over the next 12 months, there has been no shortage of handwringing among music critics that country music—lately the bastion of blow-dried hunks singing about, as Merle Haggard so memorably put it earlier this month “screwing on a pick-up tailgate,” and blandly interchangeable young women, all spangles and sass and woefully little substance—was all but dead.

It’s a false premise—at any given point, any musical genre is being reinvented or forgotten—as well as one lazily placing an unfair burden on Simpson. (It’s telling that he’s spent most of his time since that RS piece shying away from any notion he’s single-handedly saving any genre, let alone country music.)

It is true that Simpson’s breakout LP Metamodern Sounds in Country Music sparks to life in a way that, say, Luke Bryan’s latest decidedly does not. The groundswell of support for Simpson, which culminated in his signing a deal with Atlantic Records earlier this year, speaks more to the matter of authenticity resonating with an audience (and the ability of the Internet to give rise to talents that might’ve slipped through the cracks a decade ago), than it does changing fortunes for country music.

The important thing is that Simpson, like a half dozen other similarly positioned singer-songwriters, is slowly working his way into the mainstream. (He’ll preach to the faithful Saturday at the Beacon Theater.)

His deal with Atlantic is a positive sign that Nashville, as it always has, is making room in its big tent for his trippy brand of Southern-fried song. But he’s not alone. As with most things in life, wandering away from the glare of what’s most popular provides a glimpse of reality: country music is just fine.

If it helps, here’s a simple analogy. In the late 1960s and into the 1970s, “countrypolitan” held sway, with its syrupy strings and choral backing, leaving open the door for “outlaw country”—think Willie Nelson, Waylon Jennings, Kris Kristofferson or Tanya Tucker—to infiltrate and upend the status quo. Such a scenario is being replayed now, albeit with EDM-influenced acts (good lookin’ out, Florida Georgia Line) and pop music trying to pass itself off as country (plopping pedal steel atop an otherwise glossy pop song does not country music make, Carrie Underwood).

Meanwhile, as such artists crowd the red carpets at awards shows and lodge themselves in heavy rotation, a small army of country artists are connecting with the kind of dirt-level realness found in Hank Williams’ or Loretta Lynn’s catalog.

Apart from Simpson, who sings frankly of using exotic drugs to find himself, there’s Chris Stapleton’s whiskey-soaked balladry; Kacey Musgraves’ no-nonsense slices of life; Jason Isbell’s brutally candid vignettes, or Ashley Monroe’s bruised soulfulness. All of those artists are safely ensconced on major labels, and each has also reaped scads of positive press, critical plaudits and performed on national television, in between making high-profile festival appearances.

Perhaps this brand of thoughtful, idiosyncratic country is indicative of the new normal, not just in country, but across most genres.

Granted, none of them are household names, but they’re all relatively new to the game: Stapleton has kicked around Nashville as a songwriter (as did Musgraves), enjoying success as the author of hits for Dierks Bentley and Tim McGraw, much like Monroe’s stint in various side projects, including Miranda Lambert’s Pistol Annies, before striking out on her own.

Listen to any of their albums—Musgraves’ superb sophomore LP, Pageant Material, or Stapleton’s searing Traveller, Monroe’s exquisite The Blade, or Isbell’s bleakly beautiful Something More Than Free.

Like Simpson’s Music, each record has a distinct personality, the sense of something new, or at the very least, interesting, being said to the listener. There’s a vivid sense of place, deft turns of phrase and ample musicianship, all combining to create a far more satisfying listening experience than can be provided by much of what takes up airtime on CMT.

While none of these artists—save perhaps Isbell and Musgraves, both of whom seem to have garnered more mainstream attention for their new projects—are firmly entrenched in the mainstream (or, put another way, your parents probably have no idea who any of these artists are, but could pick Blake Shelton out of a crowd), there’s far more to celebrate than mourn.

Perhaps this brand of thoughtful, idiosyncratic country is indicative of the new normal, not just in country, but across most genres.

Apart from the exceptions to the rule that burst out of seemingly nowhere to command the spotlight, maybe what the future holds is a slow burn of sorts. Tomorrow’s country stars might look forward to a careful shaping, whether internal or external, of their perspective and performance, allowing them to do what Nashville once freely encouraged: shape themselves into musicians of substance, whose work lasts long past the initial flurry of attention.

Viewed from that perspective, Simpson is indeed part of the solution.

His low-key, staunchly personal approach to making country music isn’t salvation, so much as a subtle renewal—a gentle, insistent call from the margins, slowly but steadily making itself heard by more and more ears. 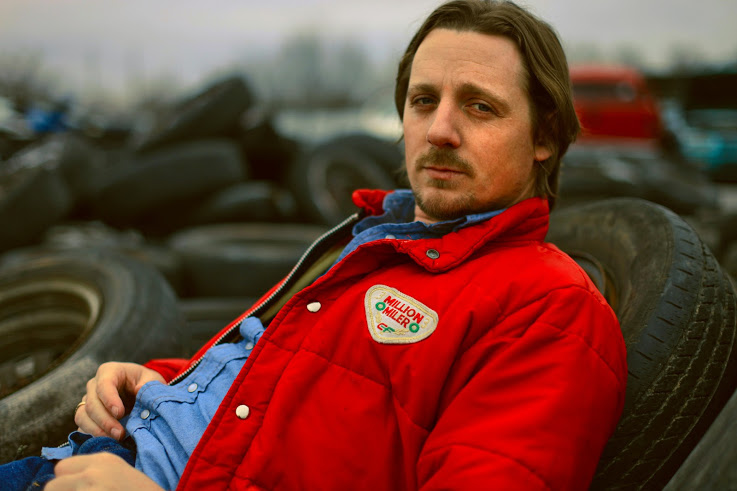