The digital content industry in the late 2000s and early 2010s felt barren. Tina Brown had launched The Daily Beast with great excitement, but it left the business community scratching their heads. BuzzFeed was only a kernel of an idea. Vice still employed punks, and the atmosphere at the office felt more like a cult than a company. Business Insider reported a profit of $2,127 in 2010. The iPad failed to revolutionize publishing, as exemplified by the spectacular flop of The Daily. Local papers were shutting down, and financial analysts were questioning if venerable organizations such as The New York Times Company would survive at all in the digital age. As far as venture-backed content companies go, they didn’t exist. If you wanted to pitch a content business it almost had to be a hybrid of content and e-commerce—something like Gilt Groupe.

We are witnessing the revolution. But what has really changed?

As always, there were exceptions to the rule. Niche sites such as Boing Boing and Pitchfork seemed to be doing just fine. Gawker was showing signs of vital growth, and insiders were excited about new content companies spawned by ex-Gawker employees. Demand Media had an IPO in 2011. AOL was paying big money to acquire TechCrunch and The Huffington Post. Turner Broadcasting acquired Bleacher Report for an estimated $200 million in 2012. There were also content upstarts such as The Faster Times, which earnestly declared they would usher in a “new kind of newspaper,” and True/Slant, a start-up with a meager $3 million in venture funding but a bold mission to revolutionize the publishing industry. Certainly there was opportunity in the early 2010s for digital content, but it was an under appreciated potential further stifled by post-recession anxiety.

Seemingly things have changed. Now, content companies are visibly all the rage. Three media start-ups have raised well over $50 million in venture funding, and countless others have raised over $10 million. We are witnessing the revolution. But what has really changed? Are there many more grounded rationales to be excited about in 2015’s digital content than there were in 2010? Perhaps, but for the most part the industry seems to be the same as it was in 2010, only with a slight attitude adjustment.

Consider how strikingly similar the landscape of 2010 and 2015 are. The Huffington Post was leading the digital media revolution and had an incredible valuation in 2010. Today, the same people that ran The Huffington Post (minus Arianna Huffington) are running BuzzFeed with what is more or less the same pitch as HuffPo, except for a few superficial differences. Of course, BuzzFeed has upped the ante—they’re going to need more than a billion, not half a billion, to sell this time. Vice is going “balls to the wall” trying to become the next MTV, but let’s not forget they have been trying to do this since 1994. Rarely does it come up that Vice in the dot-com boom—flush with cash from Canadian investor Richard Szalwinski—acted more or less the same way they are acting now. In the 2000s Vice was spending ludicrous amounts of money toward becoming a global media brand, which resulted in the never-talked-about Vice retail stores and a clothing line that, among other hysterical investments, almost bankrupted the company.

In this new world of digital media, will BuzzFeed surpass The Huffington Post in its acquisition price? Will Vice finally break through to be an old media giant like MTV or CNN? It’s in the realm of possibility. But it’s not “disruptive” or even a new kind of media success story. BuzzFeed’s fate will likely be that of The Huffington Post—that is, BuzzFeed will be owned by the equivalent of 30 Rock’s “Cable Town,” or Verizon. BuzzFeed is almost structurally destined to repeat the banal narrative of every capitalist love story: grow, grow, grow, and poof—sell to the highest bidder.

Having learned their lesson, Vice might reach their dreams of global media domination. The story of Shane Smith, though, is the same story of most media moguls. Like William Hearst or Condé Montrose Nast (or even Marc Eckō of Complex Media), Shane Smith has built a media empire after a decade of drilling away to build a meaningful cultural brand while still balancing business interests. Is there really that much difference between Vice’s elaborate parties and those that happened at Hearst Castle? It’s the same approach, slowly and steadily through big cultural acts and a strong editorial vision building a great media brand.

The rest of these venture-capital-backed companies, as all start-ups do, have that small glimmer of a huge buyout or one day becoming an institution in their own right. More likely, though, they will go the way of The Daily Beast or True/Slant. They will become insipid once they’re forced to act like real businesses that turn a profit.

At first, Barry Diller was pouring endless amounts of funding into the The Daily Beast. After repeated failures, it seemed he lost interest and demanded that the site figure out how to sustain itself. The result? The Daily Beast has become an interchangeable brand inside a conglomerate’s portfolio. What is more, even if The Daily Beast becomes extremely profitable, it will still be financially inconsequential compared to other IAC properties. Its liquidity value will be insignificant or entirely dependent on the whims of a vanity purchase by a wealthy person who wants to use the publication for social prestige and as their personal mouthpiece. Cue the purchase of Maxim by fast-food mogul Sardar Biglari, Bezos buying The Washington Post, or Chris Hughes buying The New Republic.

The True/Slant pathway is even more dramatic because in this scenario the brand vanishes after acquisition. True/Slant was well ahead of its time and the precursor to Medium. It mixed smart technology with all-star paid talent and an open contributor policy. The money dried up fast, though, and Forbes Media acquired them. After the purchase, Forbes shut down True/Slant and brought their team in to run Forbes.com. The True/Slant team helped boost traffic for Forbes, but the whole thing was made hollow by the larger bureaucracy, overhead, and constraints of a big company. This is the other pathway: complete subsumption of a media start-up brand into a huge corporation, and in this case Forbes didn’t even survive having to sell the majority to a Hong Kong-based company that wanted to use it as a marketing vehicle for financial services.

The potential for digital media remains essentially the same. You sell in a legendary deal. You toil for decades and become a great media conglomerate. You are castrated by acquisition. We have seen this show before, and we know how it ends. Even during this venture capital craze for content companies, content only made up 1.3 percent of venture funds spending. The number is still so small because what makes a media company a media company and not a technology company or an “investment” is that media companies have to explicitly straddle the lines of culture and commerce. They must produce meaning and money. They have to stand for something in the cultural realm beyond utility.

Which brings us another thing that is the same in 2015 as it was in 2010: Nick Denton’s Gawker Media. Denton has always weaved the worlds of commerce and culture with elegant finesse. Commercially, Gawker Media was more profitable in the early 2010s than most of these “hot” new companies are today. Culturally, Denton isn’t a suit or a Silicon Valley darling. He’s a creative rebel dangerously dedicated to the idea of creating a more “transparent” and “honest” media discourse. Whatever we think of this mission or Denton’s execution of it, we can’t deny there is a cultural mission that goes beyond capital. If Gawker can continue to balance these interests over the next five years, the past will likely continue to be the future and Gawker will remain a leader in digital content and perhaps even eventually an important cultural institution.

Time will tell, but if forced to bet, I’d say history will repeat itself for the next five years with the same players executing similar game plans. The economic revolution might come for digital content, but even then it seems more likely to come from a technological overhaul of media distribution from a platform company. Or some new media mogul who knew what Snapchat was before she had even turned 5. Until then, the new is the old.

Chris Lavergne is the president of The Thought & Expression Co., a media company based in New York City that runs Thought Catalog, Shop Catalog and a book publishing house. 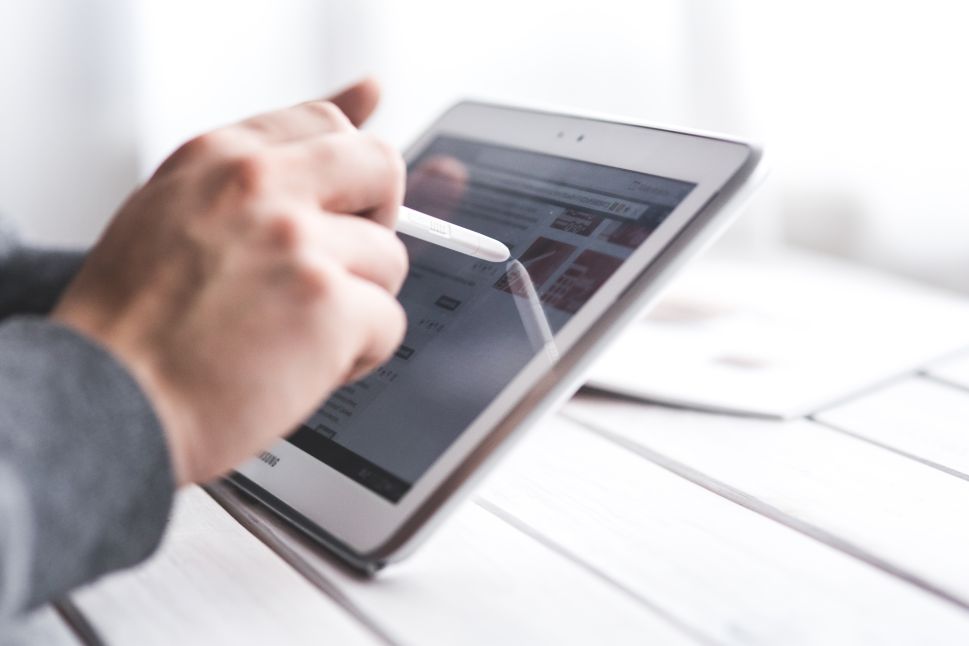