Riding along the bike path in Hudson River Park several weeks ago, we noticed that the three tennis courts just below Houston Street were being renovated. This week, a giant mirror-like Nike-swoosh decal appeared, taking up much of two service boxes. And on the chain-link fencing separating the courts were Nike-branded windscreens.

A call to the Hudson River Trust, which manages the 550-acre park, revealed that the Nike sponsorship is the first yearlong, park-wide sponsorship the Trust has ever undertaken. The Trust receives no city money for the operation of the four-and-a-half-mile-long park. So it is dependent upon donations and sponsorships. Interestingly, the on-court branding will disappear after a few days, but light pole banners will remain. Other Nike-branded promotions in the park will focus on running, soccer and cross-training.

‘Downtowners have been battling inappropriate development for so long they lost the ability to differentiate a gift from a liability.’—Jonathan Russo, Greenwich Village preservationist

Some $883 million has been invested in new park construction and facilities, provided equally by the city and state since the Trust’s creation in 1998. Last year’s operating budget included $38 million in revenues and $29 million in expenses. Showing an operating surplus is always a good thing, and all too often, elusive.

Several months ago, the Trust announced a plan to build a 2.7-acre performing arts venue, called Pier 55, on a newly built pier near 18th Street. Almost the entire cost of the project was to be paid by private donations, with $133 million in funding to come from Barry Diller, the media entrepreneur whose Frank Gehry-designed IAC headquarters would stand just across the highway. New York City would be contributing only $17 million to the project.

Unfortunately, the City Club of New York—a so-called good government group—has opposed the project, saying it looks like “something that Walt Disney might put just off of a Caribbean island.”

Jonathan Russo, a long-time Greenwich Village resident and preservationist, told the Observer, “Downtowners have been battling inappropriate development for so long they lost the ability to differentiate a gift from a liability. It’s understandable, but in this case… sad,” said Mr. Russo.

Diana Taylor, the chair of the Trust, has a long track record of smart decisions serving the public interest. The Trust has done a terrific job creating, renovating and maintaining the park. Let’s give them the benefit of the doubt and push through the Pier 55 project. 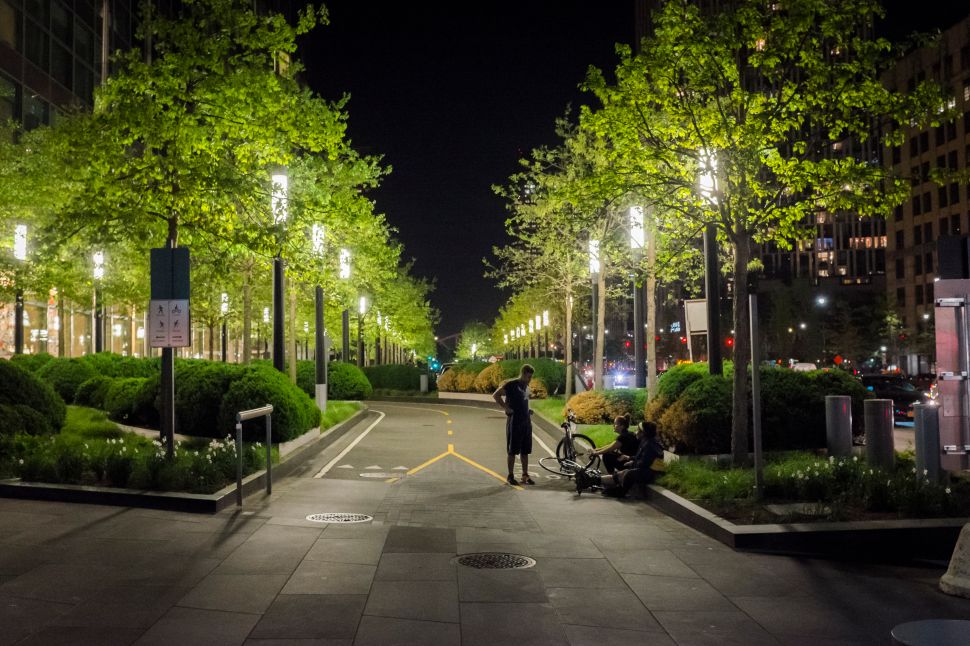