I recently served as the Master of Ceremonies at an inspiring breakfast conference on Corporate Social Responsibility (CSR) in health care at Hunter College in New York. I was deeply affected by the spirit of caring and co-operation among corporate, hospital, and state leaders. CSR seems theoretical until you see it in action–it goes well beyond self-regulation where businesses comply with legal and ethical standards and morphs instead into a spirit of giving and a positive impact on the community.

Around the same time as this inspiring breakfast, Turing Pharmaceuticals CEO Martin Shkreli became infamous for raising the price of the Toxoplasmosis drug Daraprim (pyrimethamine) from $18 a dose (the price before Turing acquired the drug) to $750 a dose, I couldn’t help but think that his profit-oriented actions were the very opposite of CSR. Corporate Social Responsibility is never more needed than with Daraprim, a mainstay of lifesaving treatment for Toxoplasmosis, a protozoan that badly sickens severely immuno-compromised patients including those with HIV/AIDS.

Reporters of the Shkreli story didn’t always manage to convey a complete understanding of the drug and the condition it is used to treat. But the medical context is highly relevant. Early in my medical training, I took care of dozens of Toxoplasmosis patients during the height of the AIDS epidemic in the U.S. “Toxo” was a common diagnosis back then because we didn’t have the effective cocktail for Anti Retroviral Therapy that we have now. “Toxo” is a devastating disease which can cause blindness, brain infections (encephalitis), widespread infection, and death. In the era before ART, the yearly incidence of Toxoplasmosis in exposed patients with advanced immunosuppression who had not received prophylactic treatment was as high as one out of three.

Enter Martin Shkreli and Turing, who saw a need and took over production of Daraprim. Perhaps he thought insurance would cover it at any cost, thereby camouflaging the price gouging that was going on.

Toxoplasmosis is commonly found in cat feces, and it finds its way into food, where people are often exposed to it through undercooked food. According to CDC, more than 60 million people in the U.S. carry the parasite but don’t get sick because they have working immune systems.

Thanks to the public health measures to prevent HIV spread, and the effectiveness of ART to treat HIV, the number of severely immunocompromised HIV patients in the U.S. has decreased markedly. As a result, the need for pyrimethamine has decreased to the point of shortage. In fact, it hasn’t been available in retail pharmacies since June 2015 and since then could only be obtained by special order.

Enter Martin Shkreli and Turing, who saw a need and took over production of Daraprim. Perhaps he thought insurance would cover it at any cost, thereby camouflaging the price gouging that was going on. Unfortunately, not every AIDS patient is compliant with ART and others can’t afford it or don’t have the insurance to cover it. Of course they now won’t be able to afford Daraprim, a mainstay of treatment for Toxoplasmosis, if they become immunocompromised and sick with it.

The problem is becoming a crisis in other parts of the world, with a recent study showing that 30 to 50 percent of the world’s population carry this parasite. There isn’t the same availability of ART for HIV disease in Africa and Asia as there is in the U.S. And it isn’t only immuno-compromised patients but also sometimes pregnant women and their fetuses who can become sick with Toxo. This means more patients outside the U.S. who need Daraprim. Along comes Turing to supply it at top dollar. Well-meaning international government support and charitable foundation dollars earmarked to save lives will end up in Turing’s pocket. Not to mention the patients who don’t have access to either insurance or charitable support and are unable to afford a suddenly expensive drug.

After meeting CSR leaders at Hunter, it was appalling to read about Mr. Shkreli, especially while atoning for sins during Yom Kippur and with the Pope in New York to promote charity and brotherhood. Somehow I don’t think Shkreli’s new promise to lower the price a bit is going to be enough in the grand scheme of things. 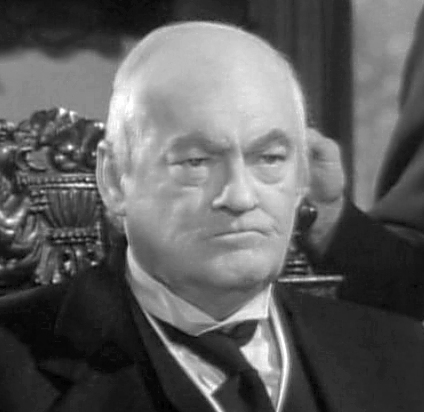