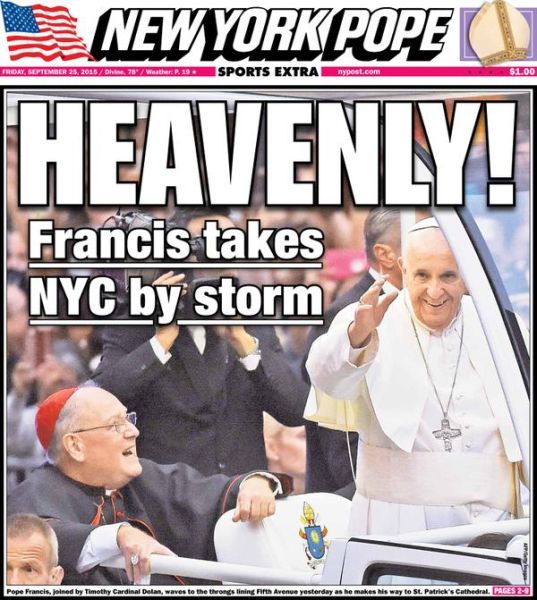 New York City is going crazy for Pope Francis- and the New York Pope is here to cover it all. (Photo: Twitter)

Pope Francis fever is sweeping New York—and even the city’s tabloids are getting in on the fun.

Today the New York Post changed its name to the New York Pope to celebrate the Holy Father’s arrival in New York City. A photo of Pope Francis, in the Popemobile with Timothy Cardinal Dolan in tow, covered the front page, and a picture of the Pope’s miter (headdress) replaced the paper’s usual “Just a Buck” slogan.

The papal celebration continued inside the paper, with eight pages of photo and news coverage about the Pope’s speech to Congress and his evening prayer service at St. Patrick’s Cathedral.

Pope Francis’ busy Friday in the Big Apple started with a speech at the United Nations this morning, and will continue with a prayer service at the 9/11 Memorial and Museum, a visit with Harlem schoolchildren, a procession through Central Park and a mass at Madison Square Garden. 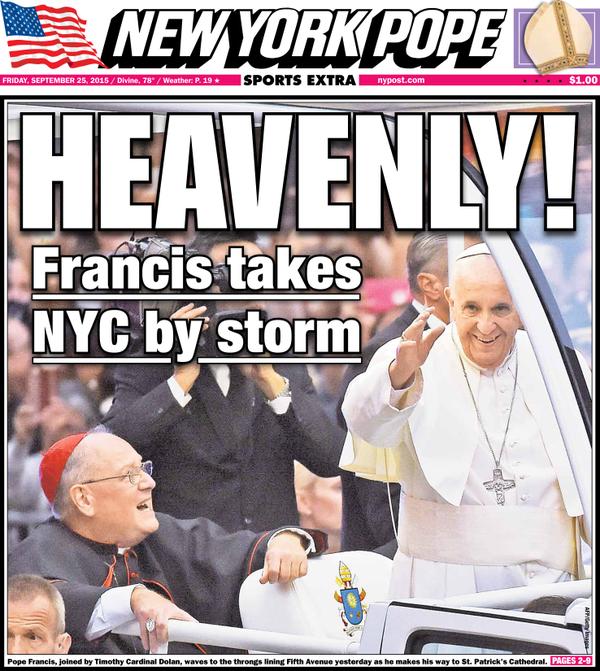