The first issue of The New York Times (then called the New-York Daily Times) was published on September 18, 1851—exactly 164 years ago. In honor of the anniversary, the Observer decided to look through the digital edition of the inaugural issue, which cost one cent and clocked in at four pages of densely spaced text, to see what was making headlines.

Here’s what we found in the archives:

Although there were no trend stories yet, we bet the monocle was a real thing back then and that people were already moving to Brooklyn. In any event, the Gray Lady doesn’t look a day over 163. 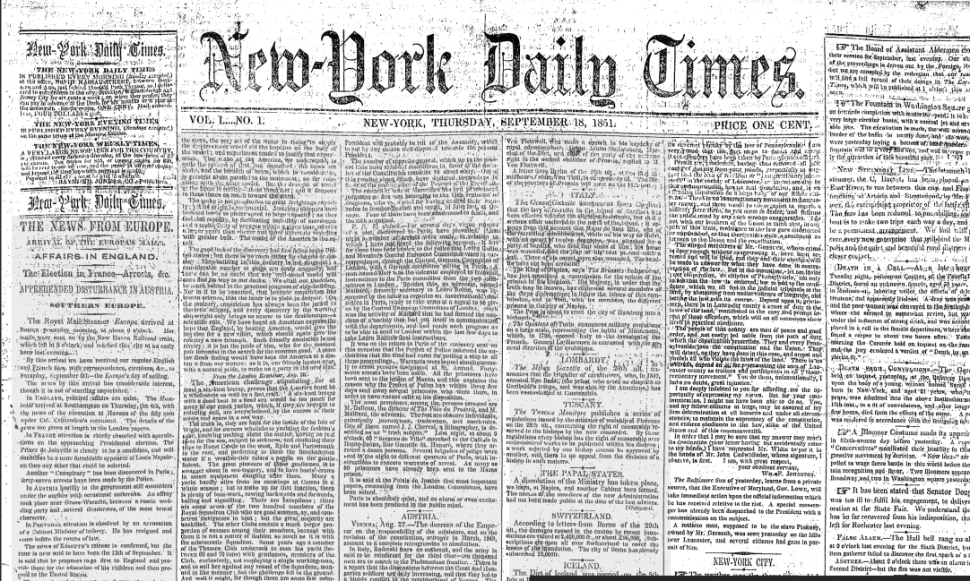