I was passionate when I was throwing hard pointed rocks at other little kids.

My friends and I would climb around construction sites, pretending they were forts. And throw rocks at each other until we were caught by parents. By adults.

Einstein found his passion because he wondered what would happen to a man traveling the speed of light on a spaceship if he looked out the window and saw a man standing still.

He daydreamed and doodled and found his passion.

Da Vinci found his passion drawing machines with wings that flapped like birds — the first illustrations of what 500 years later became planes. Just doodles. Thousands of them.

Charles Darwin found his passion playing with rocks halfway around the world.

He played with them, he kicked them around, he drew pictures of the tree of life around those rocks, for eight years, before returning to the land of adults where he accomplished his life’s work while all of the adults jeered in his path.

Mozart found his passion when he finally escaped the adulthood of a steady job in Salzburg, Austria for the virility of Vienna where commanding operas and orchestras and singers and actors he created Don Giovanni, the opera that changed every piece of music that ever came after that.

Marie Curie found her passion, like so many of us, by again playing with rocks. Why did some rocks seem to be like the sun, their own source of light when all else around them was pitch black dark.

Like a child, she held them in her hand, she looked hard at them, she threw them. She studied them.

Mick Jagger had no musical talent at all but would collect blues records from America and he and his childhood friend Keith Richards would lie around listening to them.

When his parents sent him off to study at the London School of Economics, he was still listening to those records and scribbling down lyrics rather than paying attention to supply versus demand.

Mary Shelley wondered what it would be like if a machine had intelligence. She daydreamed.

She made up stories about a doctor called Frankenstein who created such a hybrid human/machine.

Ada Lovelace wondered what it would be like to tell a machine what to do. Could such a machine ever exist?

Steve Jobs loved calligraphy and using a key from a Cap’n Crunch box to scam the phone system.

The common thread: everyone was playing like a child, but with the experience of an adult.

Here are ten ways I still try to be a child every day.

This is how I know I will find my passion. And every day it might be different:

Every day I have to do something for no other reason at all than that it’s fun.

What can you do that’s fun? Play a game with someone else. Learn a magic trick. Sing.

When people want me to meet at their office I suggest the local ping pong establishment instead. It’s through play that we get to know each other.

Or I suggest we bring a backgammon board. Or a deck of cards.

“I will beat you!” That’s the words of a child. And also the words yesterday between me and the CEO of a company I’m an advisor to.

Nobody paid Einstein to daydream about two people staring at each other, with one going through space as fast as he could.

In fact, he was a clerk in a patent office and could’ve stayed that way forever.

Nobody paid Ada Lovelace to imagine a world of computers 120 years before one existed. She was supposed to just be a stay-at-home countess and enjoy her luxuries.

Nobody paid the Wright Brothers to build a plane. They were racing bicycles.

Every day I know I have to pay the bills to live. But I also have to do something totally free in order not to die.

But we get into the world of money, and often lock ourselves in and throw away the key.

Why did uranium give off light? Marie Curie wondered. She wondered about it until it killed her.

Why did opera make Mozart tingle despite the acclaim he was receiving from the blander concertos popular at the time.

Why do children ask why and then why again?

“We just got divorced and then I moved to NYC,” says one man to the other. “Why?” is what I always wonder. Why did you get divorced? Why did you pick NYC?

It’s none of my business. But a kid doesn’t care. A kid asks Why?

3,650 “Whys” a year and you will find many things to be passionate about.

A friend of mine is working on a TV show. I’m going to meet him later today to see how it’s going.

To be honest, I want to write an episode for his TV show. Just for the fun of it. I have ideas for stories. It was my list of ten ideas each day this week.

But most of all, I want to hear all the things he’s learning by doing his TV show. And then I want to ask him about my own creative challenges.

I’m feeling stuck on something.

Friendships challenge each other. First we throw rocks at each other. Then we play with each other’s problems.

Look at all of the arts and sciences: Steve Jobs started as friends with Steve Wozniak long before they made a dime.

Jackson Pollock and Jasper Johns and Roy Lichtenstein and later Andy Warhol. The friendships that pushed each other to the next level.

That pushed each other to compete and to play and to battle and to create.

Pierre and Marie Curie simply wanted to find out why a rock would glow. And then they fell in love and became adults.

Galileo was interested in finding out what would happen if a boulder and a feather flew off a tall building at the same time and then discovered the most useful scientific theories of all time.

Archimedes just wanted to take a bath. And he daydreamed.

When I was a little kid I had a notebook. It will filled with, “David likes Lorie because I saw him look at her,” and “Joanne likes Bobby because she laughed at his joke.”

I wrote every day. I wrote a play about a moon that was alive. I wrote a story about presidents. I wanted to write. I had dreams.

But dreams and mortgages have a hard time staying in the same head.

It’s O.K. to be worried about the mortgage. But don’t forget to have a little bit of hope.

What happens if you act on that daydream, even if just a second. Draw it. Write the first page. Outline the business. Just play.

I asked for a drumset as a kid. But I never used it. But I did draw. I doodled all the time. I drew every day.

Of course you can! Here’s a crayon. Go!

I bought a box of crayons (16 colors) the other day.

I just doodled. I colored things in. Some of the colors went outside the lines.

So I ripped up the drawing and started again. Like a kid.

When I was a kid I’d get home and jump on the bike (no helmet) and drove everywhere I could.

I’d cross the highway! Hopefully my parents never saw me.

I ran up and down the street. We played football on the cement, throwing each other down.

Movement gets every neuron creating. Because now you see more things outside of your routine.

Routine staples your life to a world of tedium.

When I first moved to New York and I had my very first vacation, I had no money to go anywhere. I was stuck in the city. So I would walk around.

I wandered into areas I had never been before. I was confused where I was.

I was confused why other people were out at 10 in the morning. Why weren’t they at their jobs?

I wandered from confusion to confusion. Eventually, I started a project, “3am” trying to figure out why people were out at 3 in the morning on a Wednesday night. I was confused and wanted to know.

When I do a podcast and someone gives the stock answer they give in every other answer, I get confused. “But didn’t you cry when that company failed?” I asked Ev Williams the other day.

How did you get over cocaine? I asked Coolio.

I want to know. What did you do?

I try to learn how to small talk. But I’m not good at it. This is not a bad or good thing. I want to get better.

But sometimes at a party with everyone laughing and having gun I feel alone and isolated.

I try to figure my way out of that feeling of isolation. How can I have fun also?

I practice being a kid. A kid laughs 300 times. An adult, on average…five.

Sometimes I can go a week without laughing. Responsibilities, fear, loneliness, anxiety, regret, can weigh me down.

Last week I had too much to do. No laughing.

As an adult you have to practice being a kid, letting that child peek out again.

He or she wants to come out and play and see the world again. What’s changed?

The child wants to know!

I’ve had the pills in the mouth. I’ve been divorced and lost two houses and lost a family.

I’ve lost my money and been scared and lost a business and had people hate me and try to ruin me.

I’ve had people I’ve loved betray me and reject me.

I’ve had successes that came from hard work and from 100 hour work weeks I thought I would never survive but I learned persistence and I learned how to make it work.

I have many passions now. And I know how I got them. Here is the secret:

PLAY LIKE A CHILD + ADULT EXPERIENCE = FIND YOUR PASSION

But every day, give the child inside of you some exercise using the 10 ideas above.

Then throw in some experience.

Love your life. And your life will love you back.

James Altucher’s latest book, The Rich Employee, is now out. This book gives you the tools to find satisfaction, meaning and true wealth as a rich employee. Get your copy here. 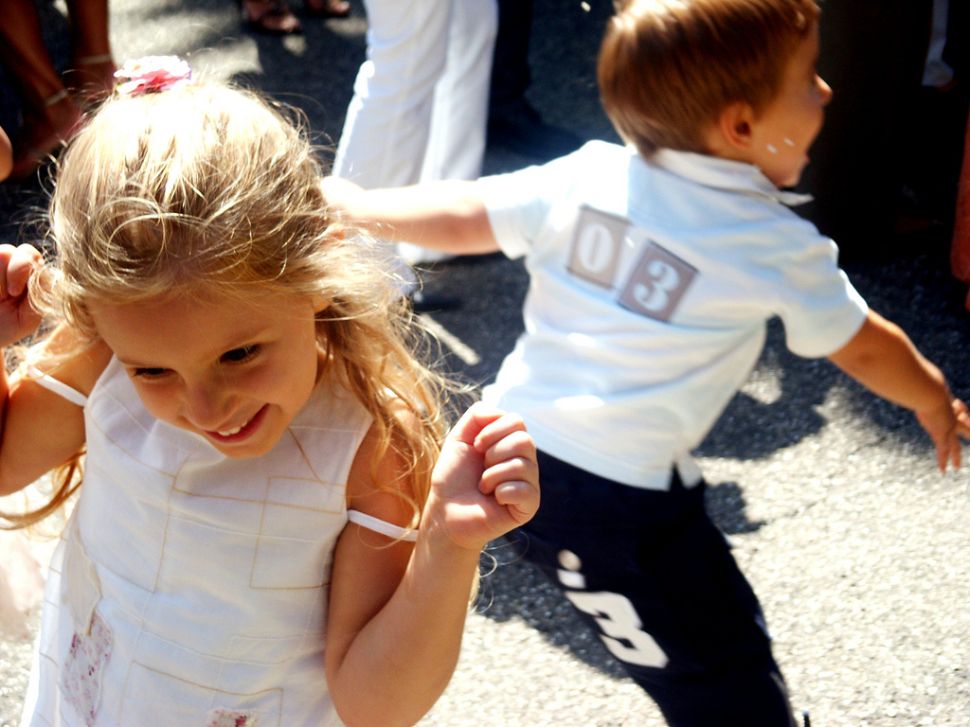