“Safe spaces,” a concept recently introduced to the zeitgeist as part of America’s ongoing effort to infantilize college students, are refuges on college campuses where students can escape opposing views, or discussion they deem to be  traumatizing. As told by the New York Times earlier this year, “safe spaces” are sometimes even appointed with the comforts of childhood, such as coloring books and cookies. They’ve been the subject of countless think pieces, with President Obama dipping his toes in the debate, declaring that “I don’t agree that you, when you become students at colleges, have to be coddled and protected from different points of views.”

This is ironic, given that the person long regarded by many to be his inevitable successor is conducting the media strategy of her campaign almost exclusively in safe spaces.

News broke this morning that Hillary Clinton had taped an interview with writer and unofficial millennial spokeperson Lena Dunham. At the moment I write this, all that is available is a one-minute preview of the interview, and Ms. Clinton’s performance is strong—she seems very comfortable, affable, and confident in what she is saying, a sharp divergence from many of her media appearances as a candidate for president, particularly those relating to her emails. But it bears noting that Dunham makes no effort to hide her admiration and affection for Ms. Clinton, letting out an excited giggle not 20 seconds into the video. While a great many, myself included, regard Ms. Dunham as an extraordinarily talented writer, she’s not exactly a hard-hitting journalist.

Earlier this month, we watched Ms. Clinton whip and nae-nae with Ellen DeGeneres. During the interview segment, Hillary again appears relaxed and relatable – a dynamic that she has struggled to convey over the course of her candidacy, and much of her public life on the whole.

Overtures like hanging out with Dunham for the day are transparent, and do little to win back the Democratic primary voters she is losing.

Hillary Clinton isn’t alone in her courtship of pop culture icons as the fall campaign season gears up – many of the GOP candidates are making rounds on the late-night circuit, trying to do the very same thing: speak to regular Americans.

Primary voters are not stupid, and they are not uneducated. They are intellectually curious, engaged voters who watch more than late night shows and Ellen. They may not get Politico alerts on their Twitter feed first thing in the morning like some of us, but they know what a real reporter is, and they value what candidates say to them.The fault in Ms. Clinton’s strategy lies in the fact that facing sliding poll numbers, overtures like hanging out with Ms. Dunham for the day are transparent, and do little to win back the Democratic primary voters she is losing to candidates like Bernie Sanders, and Joe Biden, should he enter the race. Per CBS News, her poll numbers have dropped a staggering 20 points among both liberal democratic primary voters, and those 18-49 between August and September.

Observer alum and Business Insider Political Editor Hunter Walker is one of many journalists who has extensively chronicled the Clinton campaign’s reticence to engage with the political press corp. He was able to catch up with Clinton’s staff at an event in June, and asked communications director Jennifer Palmieri about the “lockdown” on press access to Clinton. Ms. Palmieri told Walker that “the campaign has been focusing on connecting with voters in early primary states.” She went on to say that they feel they feel they’re “never going to give quite the answer [the press wants].”

This sort of communications and media strategy is as condescending as it is naïve. Not to mention, they speak out of both sides of their mouth – they aren’t engaging the political press because they won’t give the political press the answers they want, but their focus is on the voters? Give me a break. If you believe in a free and fair press, then you have to believe that at least some members of the press are working on behalf of the people – the voters – so what you are really saying is that you aren’t prepared to give the voters the answers that they want. It’s that kind of circular logic, that sort of arrogant belief that you are smarter than the voters, that is causing Hillary’s trust-deficit. If you don’t trust the voters, they won’t trust you. Politics 101.

Palling around with Lena Dunham in Brooklyn won’t fix that trust deficit, nor will whipping and nae-nae-ing with Ellen. She’ll keep the voters she already had in her pocket, but the ones she’s trying to win back will roll their eyes, sigh with exasperation, and ask themselves when she’s going to sit down with real reporters and start answering real questions without shocked indignation. As long as her campaign keeps her ensconced in media safe spaces, replete with Brooklyn’s overpriced scones and talk show tv’s overstuffed furniture, the voters will continue to view Clinton with well-earned skepticism. 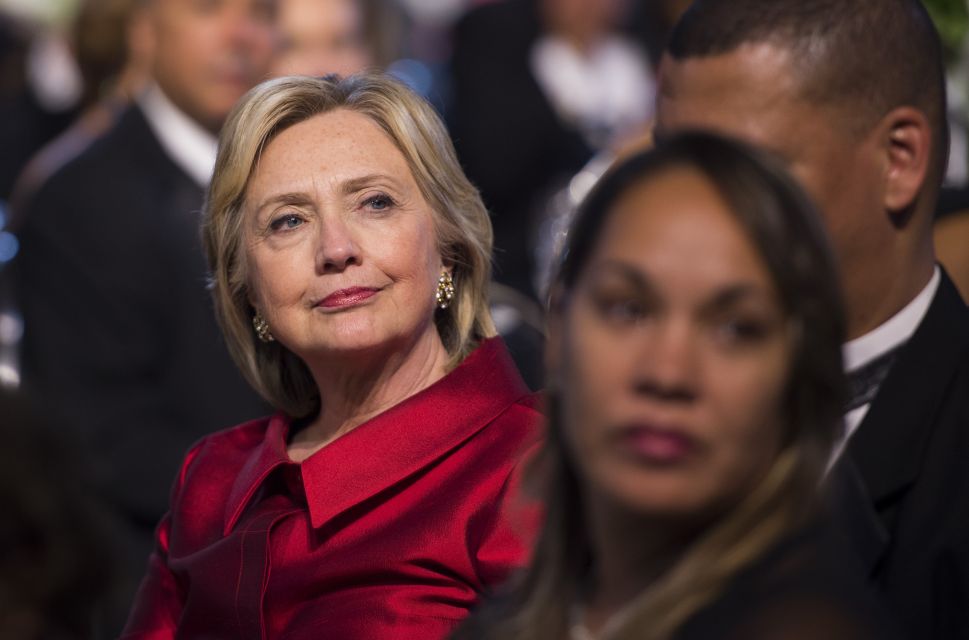