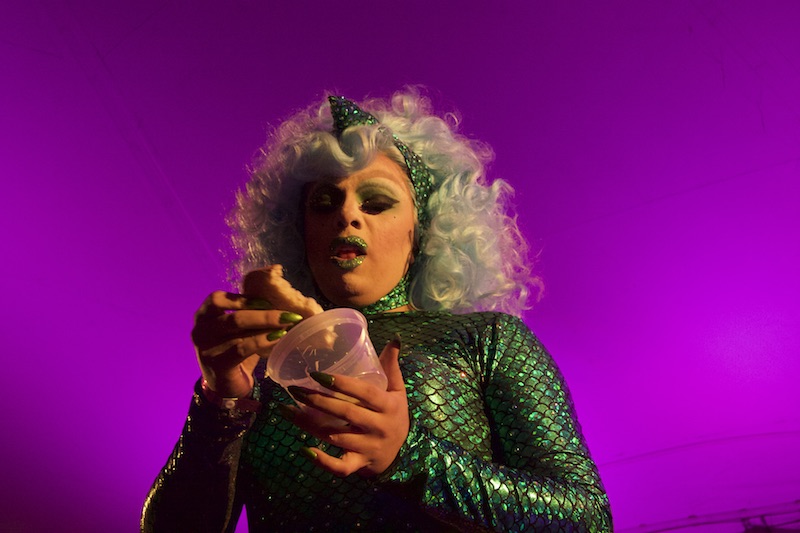 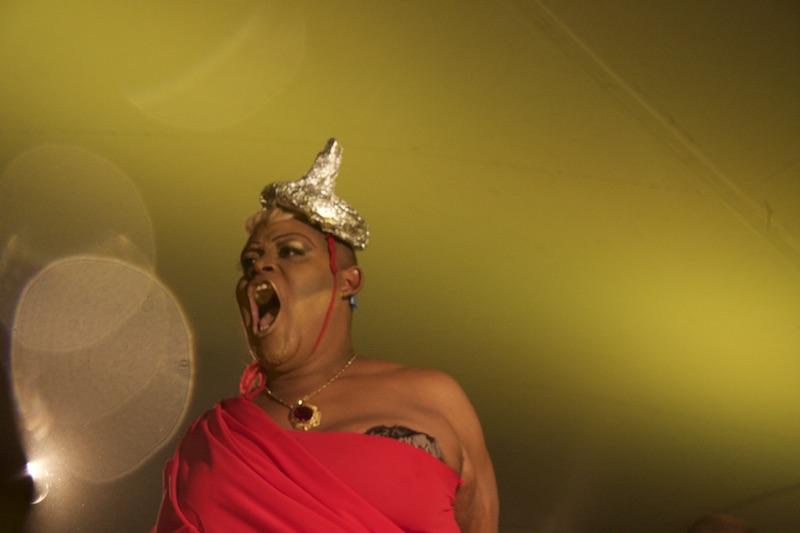 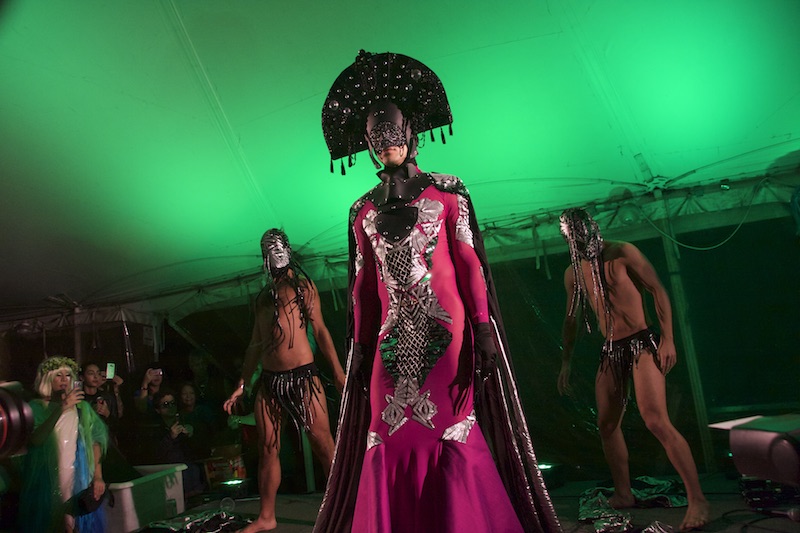 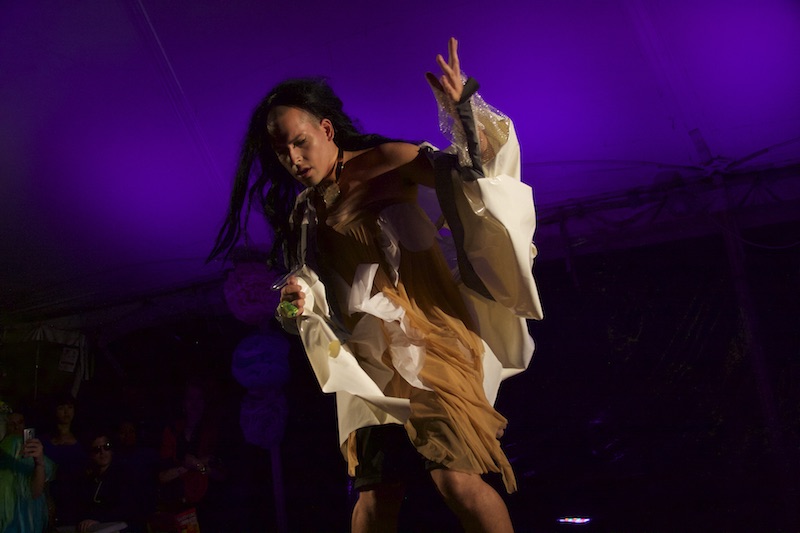 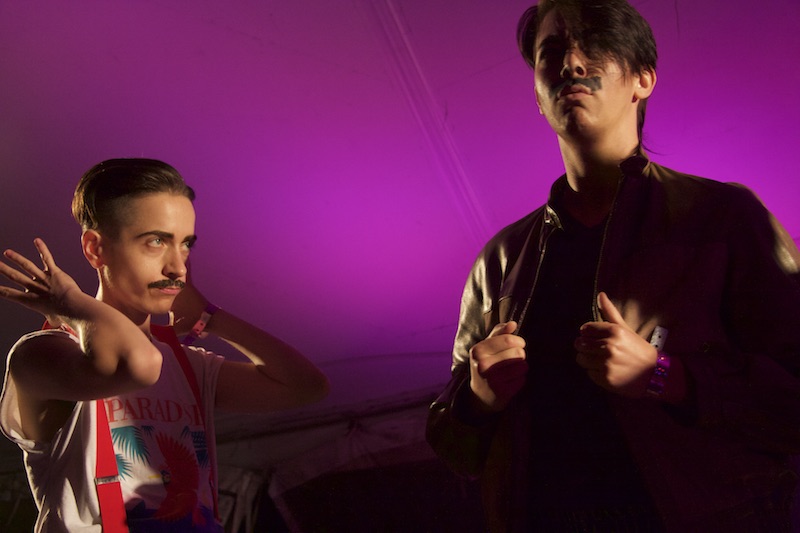 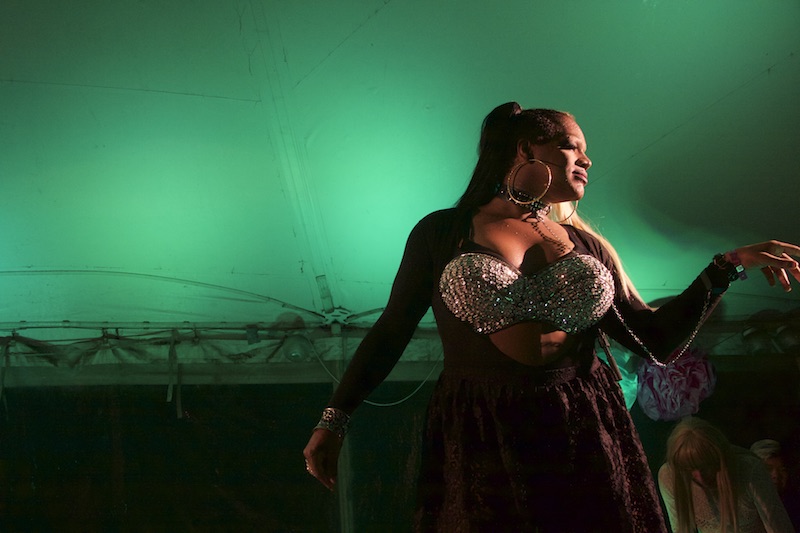 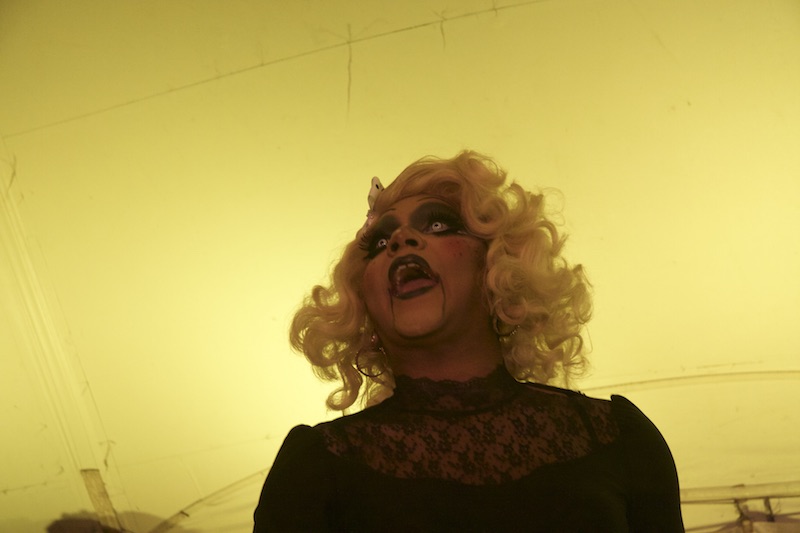 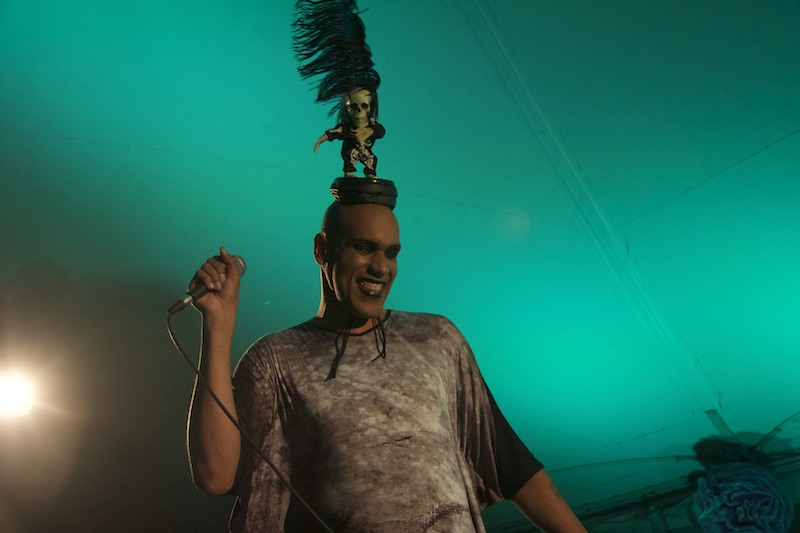 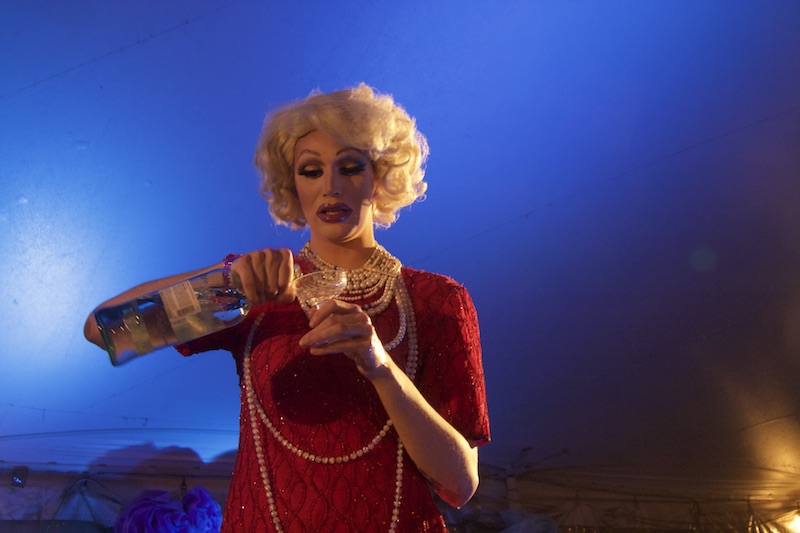 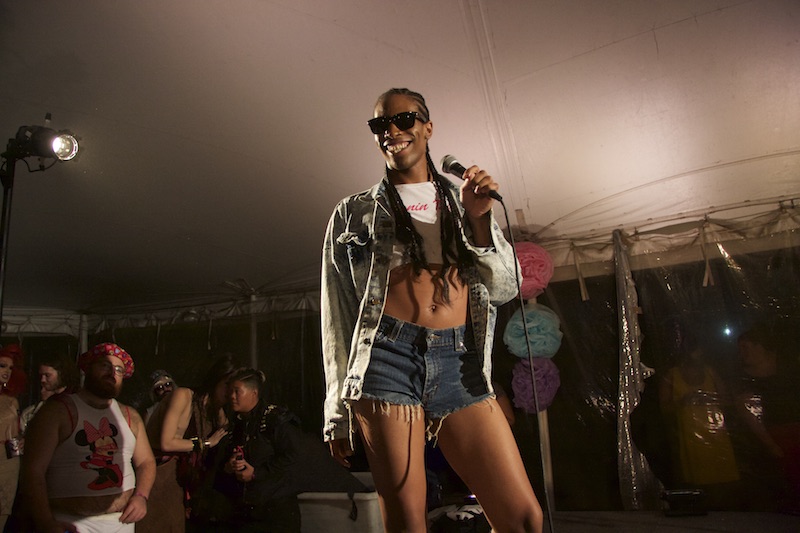 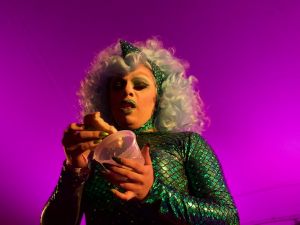 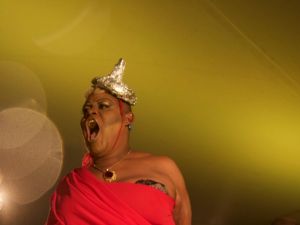 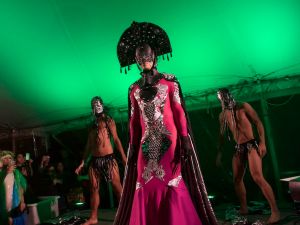 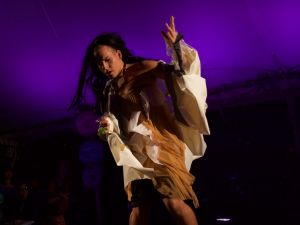 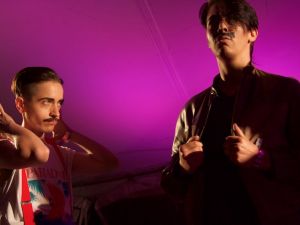 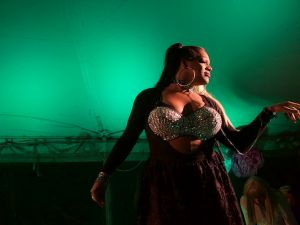 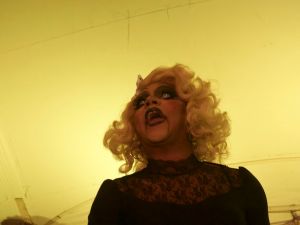 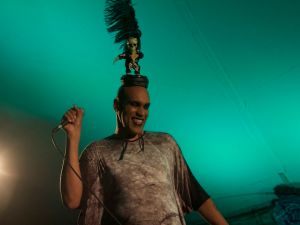 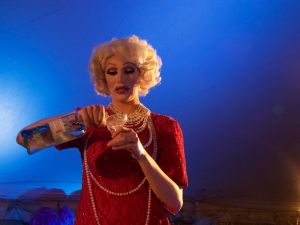 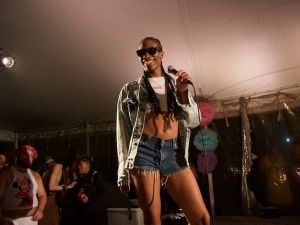 Milk and Bacardi were among the tamer fluids that splashed onto the crowd at the Onderdonk House on Saturday, as Bushwig 2015 strutted into its fourth year as the city’s drag fest of choice. Straddling the line between Ridgewood and its namesake Bushwick, the Wigstock inspired event featured an eclectic range of performances, from a meticulously choreographed Queen mashup (via four members of drag alliance Switch N’ Play) to the topless musings of East London’s No Bra.

Dripping, overcast skies and even a brief power outage during the evening did nothing to dampen anyone’s cheer. Enterprising ladies peddled weed lollipops between sets, while audience members in blow-up head pieces and towering heels chatted over beer. Although none of the attendees we spoke to had ever performed in drag themselves, everyone was eager to participate in their own way. “It’s an incredibly accepting community,” a Bushwig goer wearing a neon green wig assured us.

In a city increasingly recognized by its corporate sterility (towering glass office buildings, Dallas transplant delis, pop-star brand ambassadors), Bushwig’s celebration of weirdness, fun, and New York kitsch felt like breath of fresh air—a sentiment shared by many as the celebrations went on. Artist and singer Soigne, whose skull hat was affectionately named after Lisa Bonet, took a moment of the audience’s time following a rousing performance to thank organizer Matty Horrorchata for all her work.

“Matty is keeping New York alive,” Soigne exclaimed, and was immediately met with a round of passionate applause. Soigne is also the creator of Bushwig’s appropriately flamboyant logo.

After musical performances by Bottoms, Chae Buttah, Mr. Twin Sister, and Lady Bunny, the festival drew to a close. Bushwig returns in 2016, but anyone already feeling a glitter-dusted hole in their heart is encouraged to dig into New York’s year round offerings of gender-bending entertainment. And if Bushwig’s notorious late-night afterparties left you unable to leave your bed on this cloudy Monday afternoon, try tuning in to Queens of Kings, a new six part web series on Brooklyn drag.